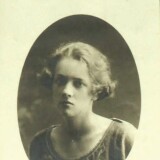 Works by Kay Sage at Sotheby's 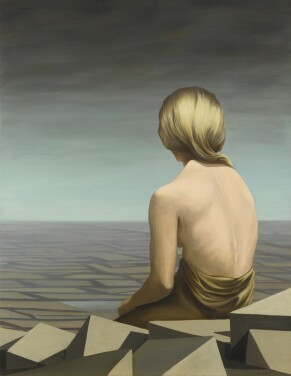 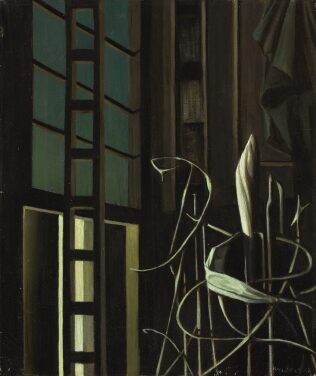 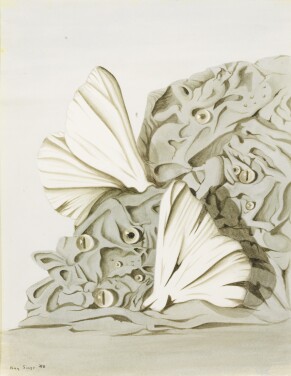 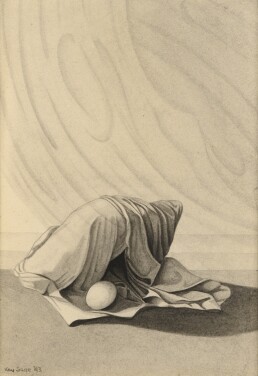 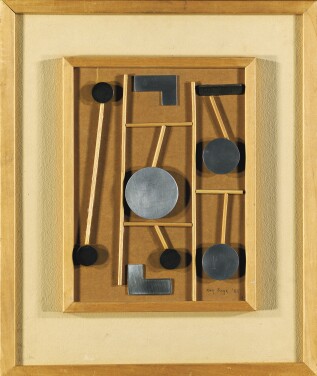 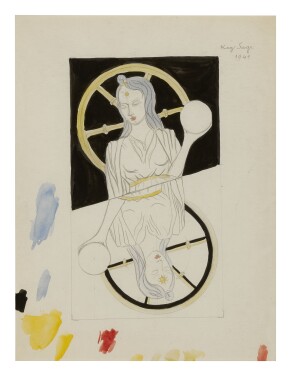 While most women in the Golden Age of Surrealism were relegated to the superlunary position of muse or the subordinate position of model and partner, Kay Sage was, no less than her husband Yves Tanguy, a vital creative force in the movement for many decades. Like Tanguy, with whom she shared continuous reciprocity of ideas, Sage's compositions are set in fantastical badlands with flat, distant horizons, but the alien objects that populate them are unmistakable for their architectural structure and scale.

Katherine Linn Sage was born on 25 June 1898 in Albany, New York. Her first art training was at The Corcoran School of the Arts and Design in Washington D.C., after which she studied in Rome. While in the city, Sage met an Italian nobleman, Prince Ranieri di San Faustino, and the pair married in 1925. The marriage lasted ten years, but Sage described their life of leisure as a “stagnant swamp” and obtained a papal annulment. Newly independent, Sage set out to be an artist.

Her first exposure to Surrealism came in 1938 when she saw the landmark exhibition at the Galerie Beaux-Arts; she was especially struck by a painting by Giorgio de Chirico in which giant columns loom in indefinite perspective. She then began painting in earnest, contributing six oils to the Salon des Surindépendants that same year. These early works, partly indebted to de Chirico but already evincing a distinctive style, caught the attention of painter Yves Tanguy. With both love and war in the offing, the two took exile in the United States and married in Reno, Nevada in 1940. Over the next fifteen years, the two acclaimed Surrealists lived and worked at a farm in Connecticut. Sage had a solo exhibition at Pierre Matisse's New York gallery and participated in Peggy Guggenheim's show, entitled Exhibition by 31 Women, which also introduced intrigued new audiences to Kahlo, Tanning and Nevelson. Tanguy died the following year, and Sage turned her focus toward writing poetry, plays and an autobiography. Sage died on 8 January 8 1963.

Sage's will stipulated that her paintings go to various museums in the United States; the Williams College Museum of Art in Massachusetts became a significant repository of her estate, and other works are held by the Walker Art Center in Minneapolis and the Whitney Museum in New York.