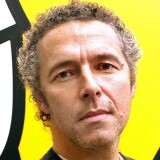 Born 1958, London, United Kingdom.
Interested in selling a work by Julian Opie?
Get an Estimate

Works by Julian Opie at Sotheby's 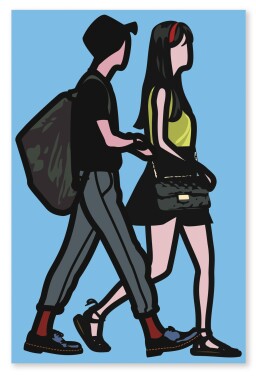 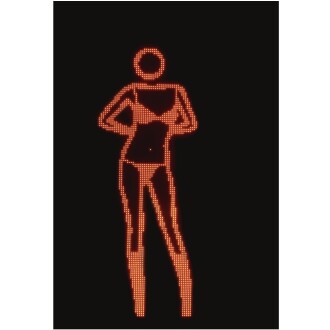 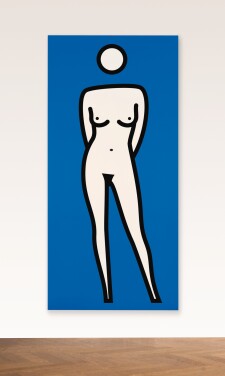 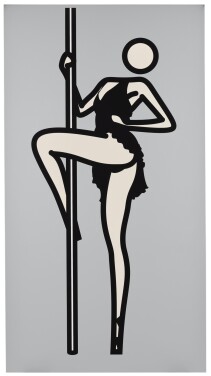 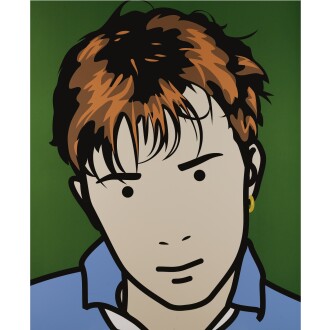 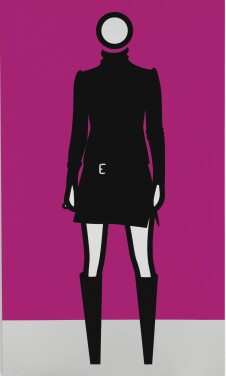 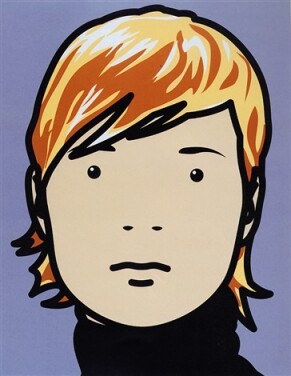 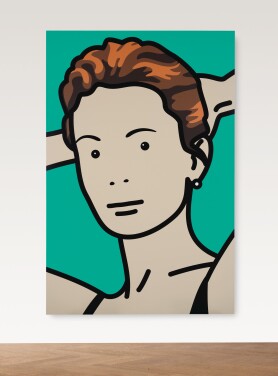 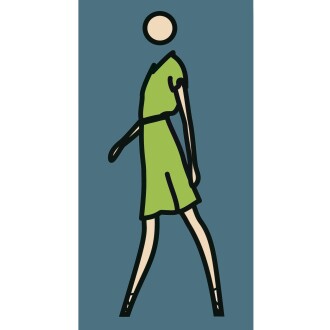 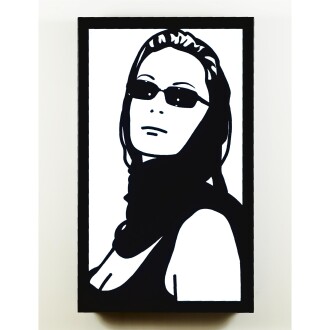 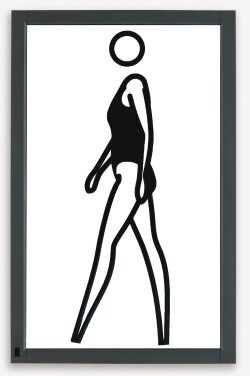 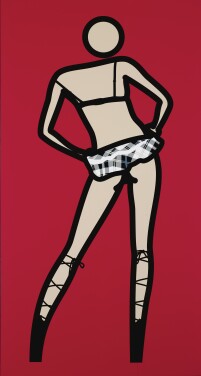 Contemporary British sculptor Julian Opie has built a career through efficiency in material and form, which blends fine art and popular images through a singular voice. His synthesis of Pop Art, Minimalism and popular graphic design provides a particular oeuvre which is distinctly of its time.

Born in London in 1958, Opie attended Goldsmiths at the University of London in the 1980s. There, he studied under conceptual artist Michael Craig Martin and began experimenting with the ways in which sculptural forms occupy space, painting steel and other metals with a satirical and seemingly lighthearted approach. He evolved his technique by broadening his media and material, producing paintings and installations dominated by bold line. His works are relatively recognizable, with a highly-stylized animation of human figures and a reduced, simple palette. His figures appear gestural despite their considerable minimalism, allowing for a new vision of portraiture in the digital age of disconnectedness.

Opie has had major exhibitions at museums and galleries around the world, including the Kunstmuseum in Wolfsburg, Germany, the Barbican in London, the Shanghai Expo in China, the Lisson Gallery in Milan and the Museum of Applied Arts in Vienna, among others. He has been commissioned for high profile projects including the 2000 album cover design for the British musical group Blur, which earned him a Music Week CADS award, an LED projection for U2’s Vertigo world tour in 2006 and a 2008 set design for the Royal Opera House’s Infra ballet. In addition to his commercial success, he was granted the 1995 Sargent Fellowship at the British School in Rome. His works can be found in the permanent collections of major institutions including the Tate, the Museum of Modern Art, the ICA Boston, the Arts Council and the British Council in London and the Victoria and Albert Museum.

Read Less
Read More
Artist Image: 2006 Tom Stoddart
Please note that prior performance of the indexes and realized returns contained herein does not guarantee future results. In addition, there is no guarantee that random collections of individual works of art or stocks will yield index returns. We are not financial advisors and we are not in the business of recommending art as an investment. We also have no comparative advantage in forecasting the future direction of the art market. Investment decisions should be based on the risk return tolerance and time horizon of the investor with, if desired, the support of a licensed financial advisor. This information is provided "as is" and with no representations or warranties either express or implied of accuracy, merchantability, fitness for a particular purpose or of any other nature are made with respect to this information or to any expressed views presented in this information.