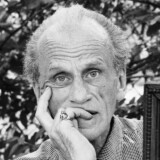 Works by Joseph Cornell at Sotheby's 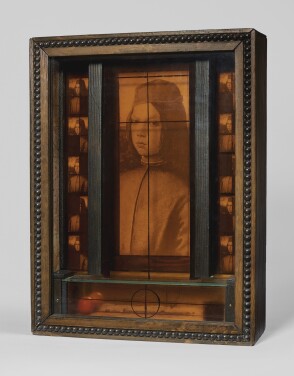 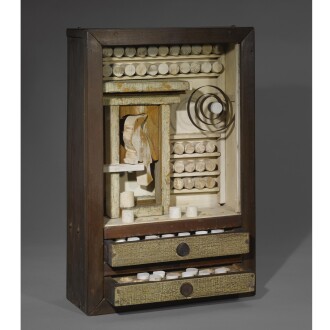 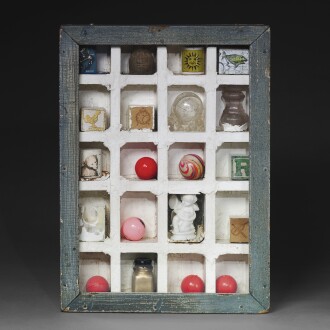 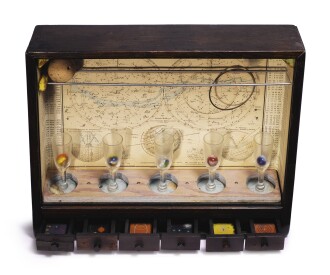 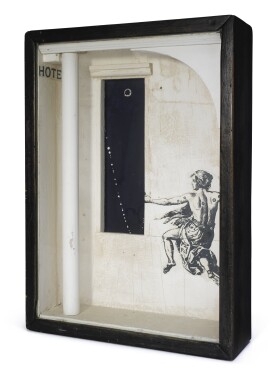 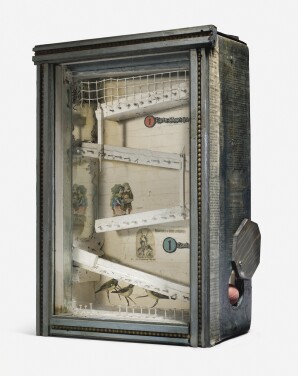 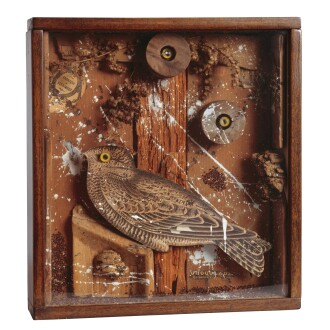 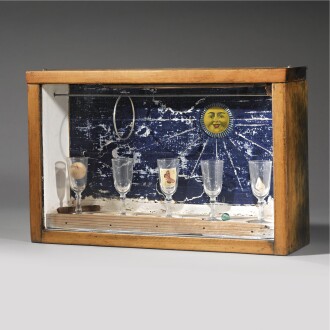 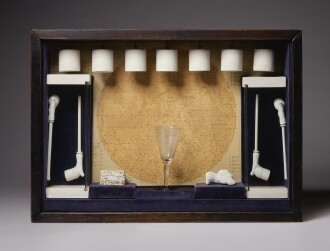 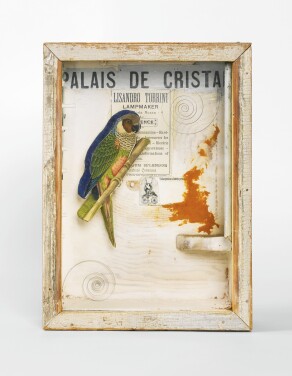 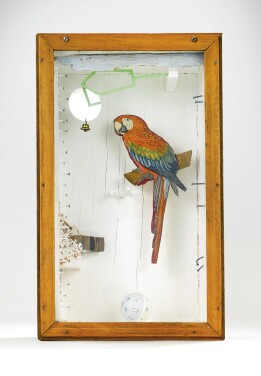 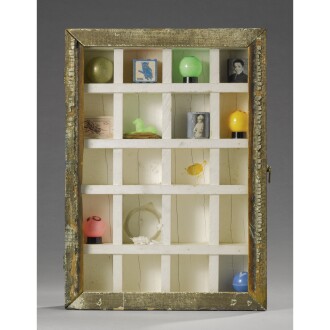 A leading 20th century American artist and a pioneer of assemblage art, Joseph Cornell has become most well known for his “shadow boxes,” a series of works made from found objects and raw materials that are constructed in such a way as to illustrate narrative surreal, even fantastical scenes. His many variable interests, which ranged from Surrealism to opera to Romantic literature, deeply influenced his work, leading to allegorical and personal memory themed objects. Surrealism specifically was significant to his artistic style, with the method of juxtaposing objects and subjects in surprising combinations featuring heavily across his oeuvre.

Born in 1903 in Nyack, New York, Cornell was always an ardent collector of cultural ephemera—be it photographs, old tchotchkes or other small baubles. In 1929, Cornell moved with his family to the Flushing area of Queens, which is where he would reside until his death in 1972. Early in his career he largely supported himself by working as a textile designer, while selling a small number of his works on the side. Also in the early 1930s, he became a regular at Julien Levy Gallery, where his first assemblages were included in the group show Surréalisme in 1932. Although Cornell never attended college, he was an avid learner and prolific reader; it is in this way that he became deeply familiar with the work of Marcel Duchamp and Kurt Schwitters, both artists whom Cornell shared an artistic affinity with. It was during this time as well that Cornell began experimenting with film, and he produced a number of works dedicated to the medium.

Cornell’s legacy and its influence on subsequent generations of artists has been great and can be seen in a wide array of movements from Fluxus to Pop art. Critical interest in his art has persisted, and in recent years he has been the subject of solo shows at the Metropolitan Museum of Art and Museum of Modern Art, both in New York. His work is among the world’s leading art collections, including the Los Angeles County Museum of Art; the Whitney Museum of American Art, New York; the Tate Modern, London; and the Centre Georges Pompidou Centre, Paris.

Museums with Works by Joseph Cornell

Type: artist
Category: Artist
Jasper Johns
View Profile
Artist Image: 1967 David Gahr
Please note that prior performance of the indexes and realized returns contained herein does not guarantee future results. In addition, there is no guarantee that random collections of individual works of art or stocks will yield index returns. We are not financial advisors and we are not in the business of recommending art as an investment. We also have no comparative advantage in forecasting the future direction of the art market. Investment decisions should be based on the risk return tolerance and time horizon of the investor with, if desired, the support of a licensed financial advisor. This information is provided "as is" and with no representations or warranties either express or implied of accuracy, merchantability, fitness for a particular purpose or of any other nature are made with respect to this information or to any expressed views presented in this information.