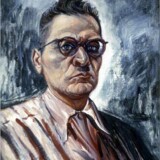 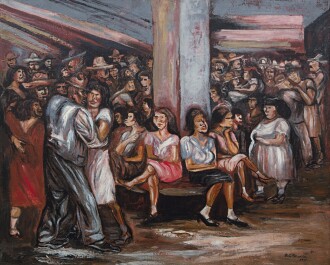 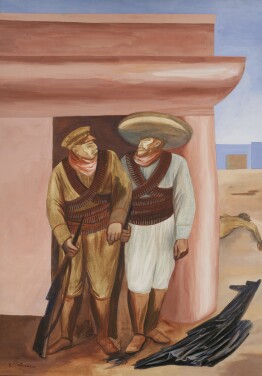 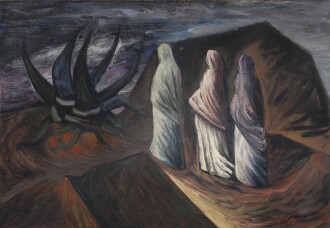 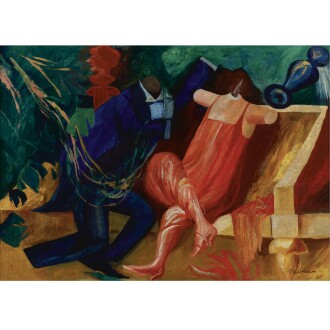 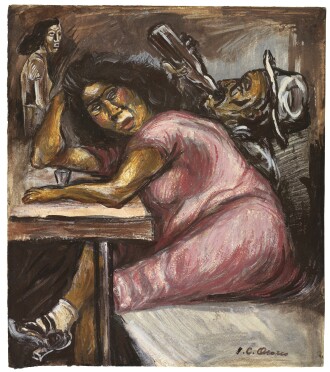 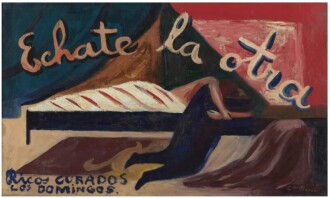 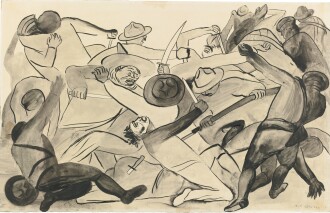 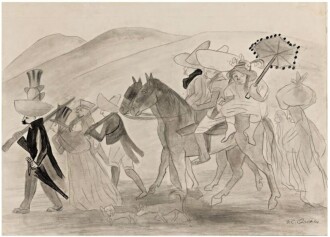 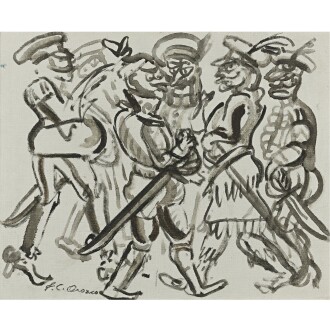 José Clemente Orozco, alongside Diego Rivera and David Alfaro Siqueiros, led the Mexican mural movement that established a powerful new visual vocabulary for post-Civil War Mexico and inspired socially-conscious artists north of the border and across the world. Of these three artists – Los Tres Grandes – whose monumental compositions foregrounded the indigenous warrior and the common laborer, Orozco's approach was the most complex, a hard and unsparing eye cast on the baseness and brutality of all sides of the revolution.

José Clemente Orozco was born on 23 November 1883 Ciudad Guzmán, Mexico. His family moved to Mexico City when he was young and he grew up admiring the political cartoons of José Guadalupe Posada. He pursued art studies at the San Carlos Academy and worked as a caricaturist for a variety of newspapers. Between 1922 and 1926, Orozco painted several murals at the National Preparatory School, the House of Tiles, and the Industrial School in Orizaba, Veracruz. He then left for the United States, painting what has been called the nation's first modern fresco on the wall of a Pomona College dining hall and later spending two years on a 24-panel epic mural cycle tracing the trajectory of American civilization at Dartmouth College. The artist returned to Mexico in 1935, where he made murals for the Government Palace and Hospicio Cabañas. In 1947, he illustrated John Steinbeck's reinterpreted Mexican folktale The Pearl. Orozco died on 7 Stemptember 1949 in Mexico City.

Today, Orozco's work is held in the collectirons of the Museum of Modern Art in New York, the Art Institute of Chicago and the Museo de Arte Carrillo Gil in Mexico City.