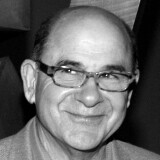 Works by Joel Shapiro at Sotheby's 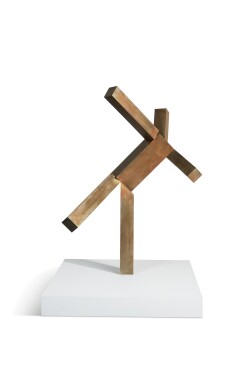 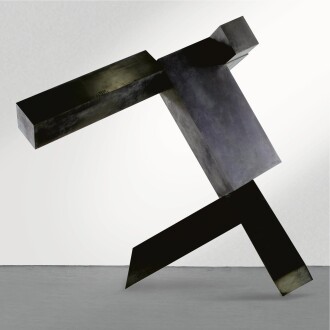 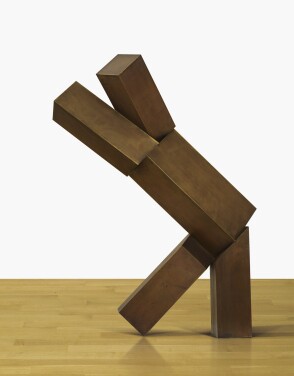 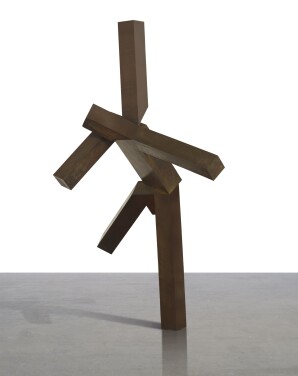 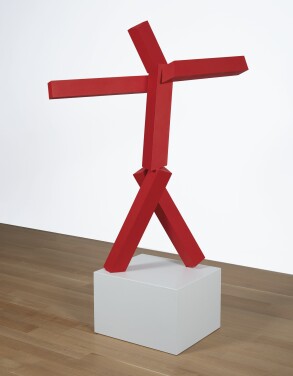 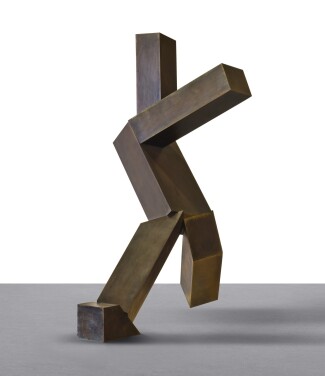 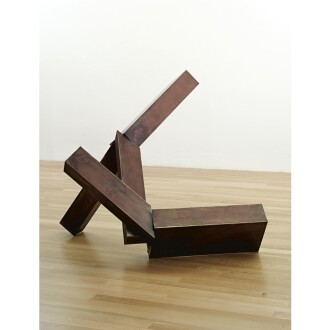 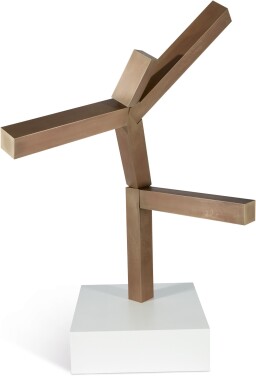 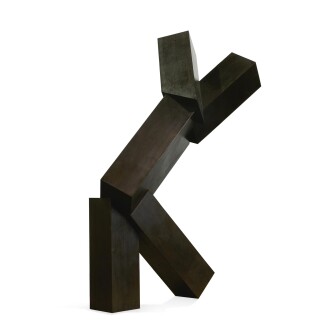 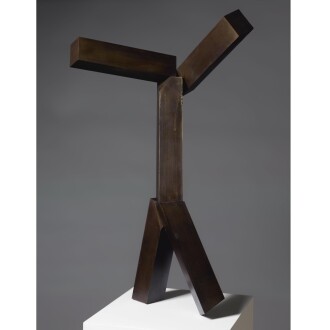 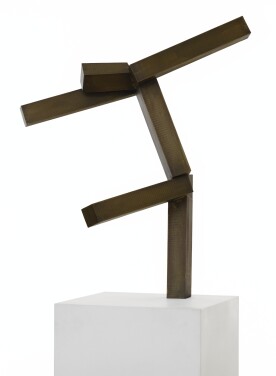 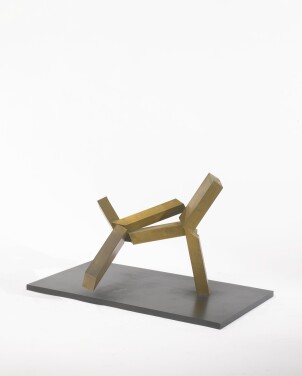 American artist Joel Shapiro is best known for his Minimalist sculpture, although he consistently imbues his work with a sense of the human figure. His large-scale sculptures confront the viewer with the dominant material of wood or bronze through abstract, geometric variations; however, his works seem to embody the characteristics of the basic human body in motion. As such, he has spent much of his oeuvre treating the aesthetics of Minimalism through a relatively more playful approach.

Born in 1941 in Queens, New York, Shapiro moved to India at the age of twenty-two to spend two years with the Peace Corps before returning to study at New York University, completing his BA in 1964, and his MA in 1969. He soon began experimenting with industrial materials and tools on a large scale, producing sculptures of interconnected pieces that he produced through trial and error with no preparatory sketches. Many of his sculptures resemble bipedal figures running, jumping, bending or dancing, yet they retain the sharp angles and severe lines of geometric abstraction. Although much of his work is based on the minimalism that preceded him, his focus on the human form marks a particular shift forward, and questions the nature of visual space and the ways in which bodies move through it.

Since early in his career, Shapiro has had several major exhibitions, such at Pace Gallery, the Metropolitan Museum, and the Museum of Modern Art, all in New York. He is a member of the American Academy of Arts and Letters, and in 2005 the French ministry of Culture named him a Chevalier in the Order of Arts and Letters. His works can be found in the permanent collections of the Museum of Contemporary Art, Los Angeles, the National Gallery of Art, Washington, DC, the Nasher Sculpture Center, Dallas, and the Tate Gallery, London, among many other major institutions.

Museums with Works by Joel Shapiro