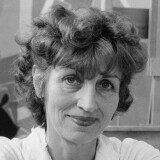 Works by Françoise Gilot at Sotheby's 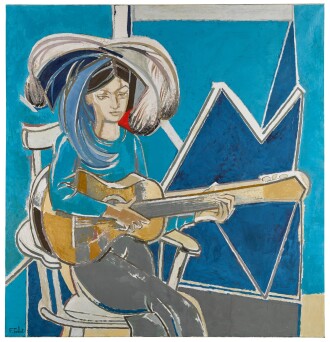 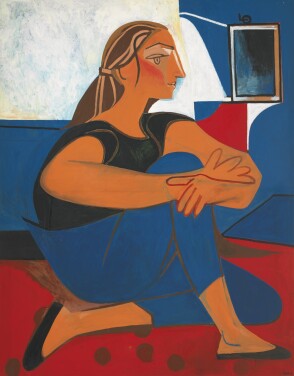 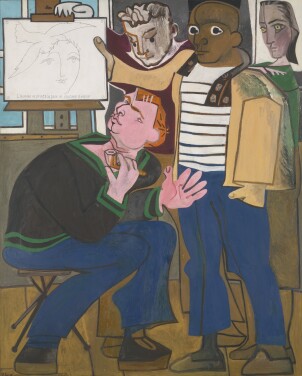 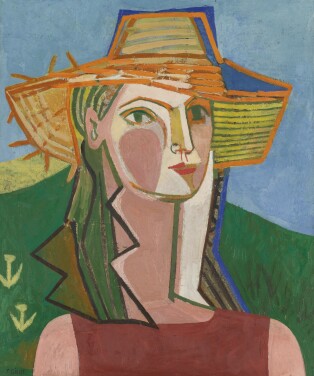 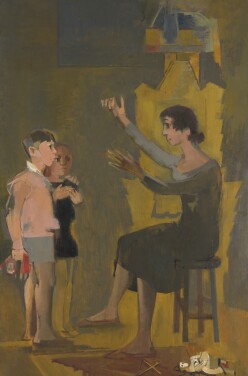 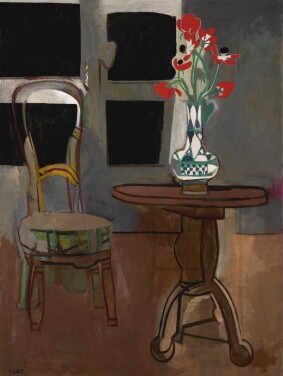 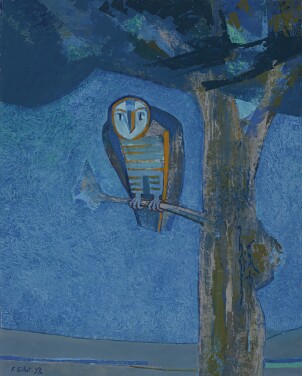 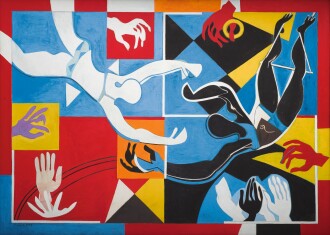 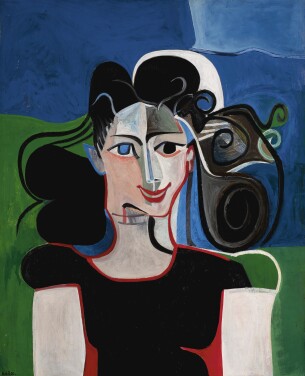 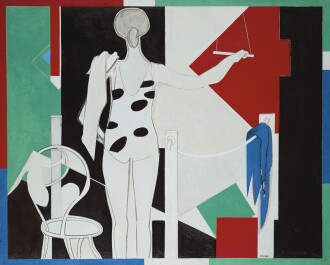 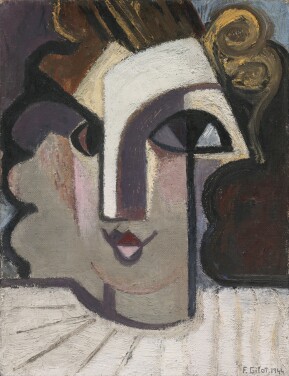 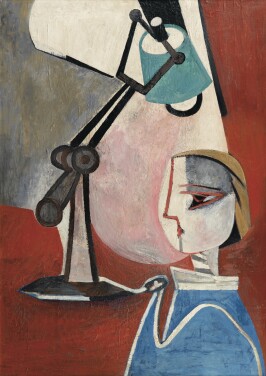 A French artist of the post-World War II School of Paris, Françoise Gilot is perhaps most famous as a muse and lover to Pablo Picasso. While her story may be inextricably linked to 20th century art’s most towering figure, Gilot’s remarkable life and vast oeuvre deserves recognition on its own merits. In a career spanning over seven decades, Gilot’s distinct language of form and color reveals an enduring preoccupation with both the personal and universal forces of nature, time, space and mythology.

Born in 1921 in a Paris suburb, Gilot evinced an early love for the arts, deciding at age five that she would become a painter. She was mentored by the surrealist Endre Rozsda, and had her first major exhibition in Paris in 1943. That same year, Gilot, then 21, met the 61-year-old Picasso, and the two began a decade-long relationship resulting in the births of two children, Claude and Paloma. During this time, Gilot exerted a profound influence on Picasso’s work, with his biographer John Richardson acknowledging that “[he] took from her rather more than she took from him.” In 1964, eleven years after the relationship’s dissolution, Gilot published Life with Picasso, a complicated portrait of life in the orbit of genius, which sold over one million copies in its first year. In 1969, Gilot met Dr. Jonas Salk, renowned for discovering the polio vaccine, and the two were soon married. They remained together until his death in 1995. During this period, Gilot maintained studios in La Jolla, New York and Paris. Her style evolved toward a greater interest in highly saturated color and formal composition, and she began experimenting with lithographs and aquatints.

In 2010, Gilot was made an Officer of the Legion d’Honneur, the French government’s highest honor for the arts. In August 2018, Gilot released a facsimile edition of three sketchbooks documenting her travels throughout Venice, India and Senegal. Gilot’s work is included in the permanent collections of the Museum of Modern Art, New York; the Women’s Museum, Washington D.C.; the Musée Picasso, Antibes; the Musée Tel Aviv, Israel; and the Bibliothèque Nationale and Musée d’Art Moderne in Paris. Gilot currently lives and works in New York City and continues to exhibit internationally.

Museums with Works by Françoise Gilot

Type: museum
The Museum of Modern Art
New York, New York | New York
Type: museum
National Museum of Women in the Arts
Washington, DC | DC
Type: museum
Tel Aviv Museum of Art
Tel Aviv-Yafo
Type: museum
Musée d'Art Moderne de la Ville de Paris
Paris
Please note that prior performance of the indexes and realized returns contained herein does not guarantee future results. In addition, there is no guarantee that random collections of individual works of art or stocks will yield index returns. We are not financial advisors and we are not in the business of recommending art as an investment. We also have no comparative advantage in forecasting the future direction of the art market. Investment decisions should be based on the risk return tolerance and time horizon of the investor with, if desired, the support of a licensed financial advisor. This information is provided "as is" and with no representations or warranties either express or implied of accuracy, merchantability, fitness for a particular purpose or of any other nature are made with respect to this information or to any expressed views presented in this information.