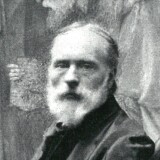 Works by Edward Burne-Jones at Sotheby's 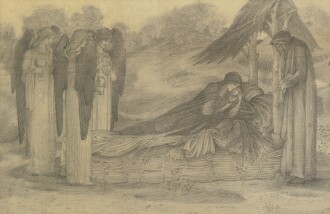 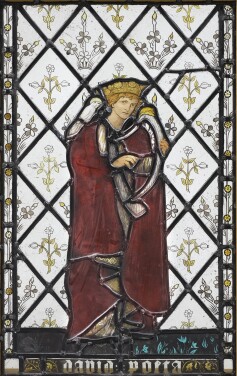 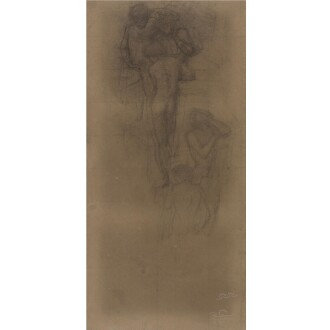 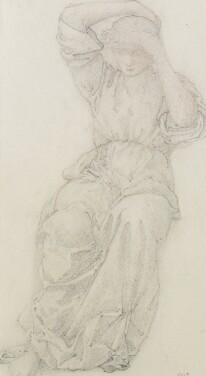 Edward Burne-Jones was an English artist and designer who was the last major figure of the Pre-Raphaelite movement, best known for his dreamlike paintings and designs that were often inspired by literary sources, such as Arthurian legend, classical mythology and the Bible.

Born in Birmingham in 1833, Burne-Jones attended a local grammar school and Birmingham School of Art before studying Theology at Exeter College, Oxford, where he first met William Morris. United by a love of literature, medievalism and an admiration for Dante Gabriel Rossetti, the pair left Oxford to pursue artistic careers, and, from 1861, they collaborated closely as partners in the decorative arts company Morris & Co. As a pioneer of the Arts and Crafts movement, Burne-Jones saw no distinction between fine and applied arts, completing designs for stained-glass, tapestries, furniture and illustrations alongside his paintings. He was integral to the Victorian stained-glass revival, designing windows for numerous churches and secular settings across the country.

Burne-Jones visited Italy on several occasions between 1859 and 1873, and the works of the early Italian Renaissance masters, particularly Sandro Botticelli, had notable influence on his work. His exhibition of 1864, which followed his election as an associate of the Society of Painters in Watercolours, first demonstrated his mature artistic style. Two years later, he met Maria Zambaco, a Greek model with whom he had a scandalous affair and for whom he attempted to leave his wife, Georgiana. The severity of this controversy, combined with harsh criticism of his work, resulted in Burne-Jones exhibiting just two works between 1870-77. He received true recognition in 1877 after he exhibited in the first show at the Grosvenor gallery, and this success was repeated throughout the 1880s. Burne-Jones became an associate of the Royal Academy in 1885 and exhibited there just once the following year. Although he became a baronet in 1895, the 1890s were punctuated by periods of ill-health and grief for the loss of Morris. He passed away in London in 1898.

Museums with Works by Edward Burne-Jones 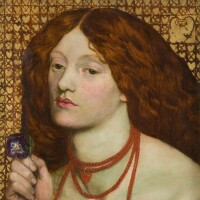