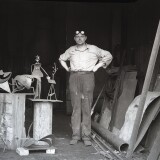 Works by David Smith at Sotheby's 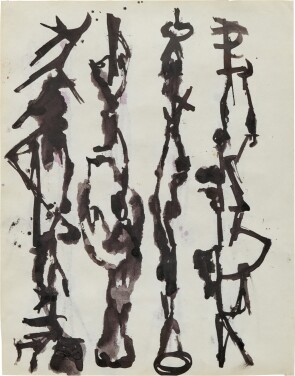 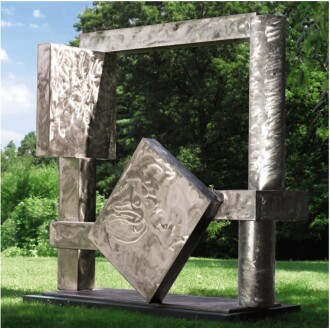 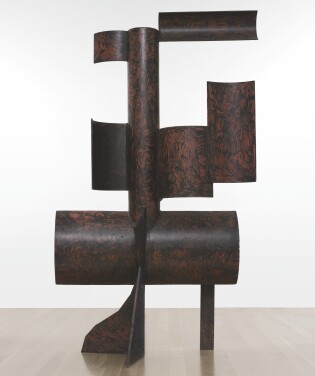 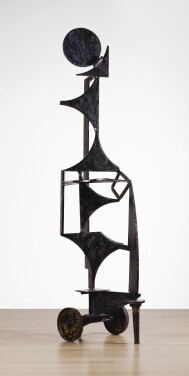 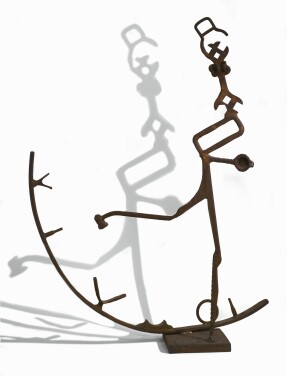 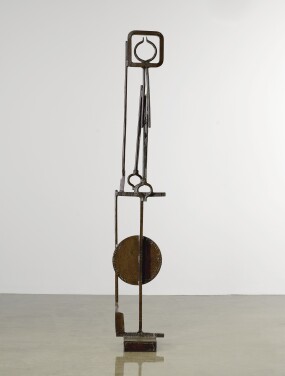 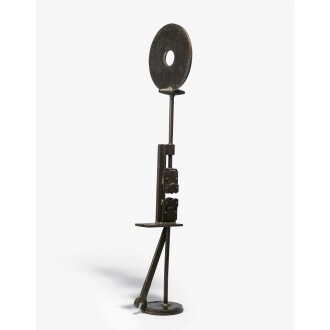 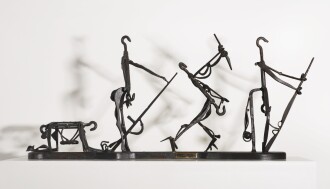 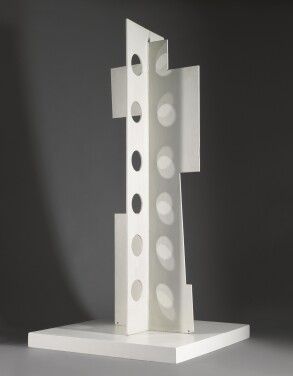 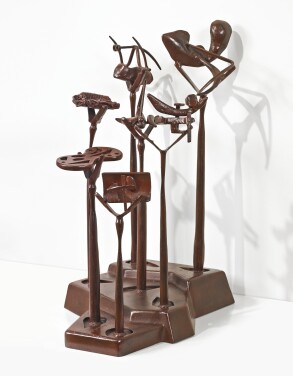 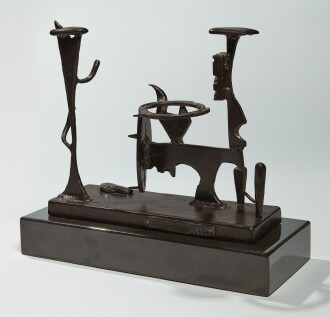 Roland David Smith was born on 9 March, 1906 in Decatur, Indiana. Soon after, Smith’s family moved to Ohio – it’s there that Smith spent his childhood and teenage years. In the early 1920s, Smith briefly attended Ohio University in Athens, the University of Notre Dame and George Washington University in Washington, D.C. During his summers, Smith worked on an assembly line of an automobile factory.

In 1926, Smith moved to New York City and began taking classes at the Art Students League of New York. (He did this on the advice of the then-art student, and future revered sculptor, Dorothy Dehner – Smith and Dehner were married in 1927–1952.) At the Art Students League, Smith was taught by American painter John Sloan and Czech artist Jan Matulka; his fellow students included Hans Hofmann. Through his classes and friendships, Smith was exposed to welded-sculpture work by Pablo Picasso and Julio González.

During the early 1930s, Smith joined the New York Works Progress Administration's Federal Art Project. Through the project, he became friends with artists Adolph Gottlieb and Milton Avery. At this time, Smith and Dehner, then married, purchased a farm in Bolton Landing, a town on Lake George in New York. Here, Smith set up a studio and began creating three-dimensional sculptures using wood, coral, wire and soldered metal. Soon, though, Smith began to use an oxyacetylene torch to weld metal sculptures – creating what were likely the first welded-metal sculptures in the United States. In 1938, Smith’s first solo exhibition, which included both his drawings and sculptures, took place at the Willard Gallery in New York. In 1941, sculptures by Smith were included in exhibitions at the Museum of Modern Art and the Whitney Museum of American Art's Annual exhibition, both in New York.

During WWII, Smith worked as a welder at the American Locomotive Company, Schenectady, NY, and taught at Sarah Lawrence College.

Following the war, Smith began creating sculptures with renewed focus. While most metal sculptures are made from casts, Smith’s pieces were made entirely from scratch; in this way, each sculpture was unique.

In 1950, Smith was awarded a Guggenheim Fellowship. The fellowship granted Smith financial freedom, allowing him to begin producing an extensive series of sculptures.

In 1960, an issue of Arts magazine was devoted to Smith. That same year, he had his first solo exhibition on the West Coast, at the Everett Ellin Gallery in Los Angeles.