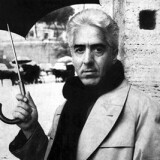 Past Lots by Afro 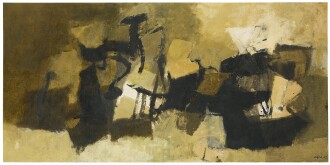 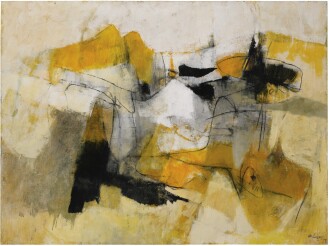 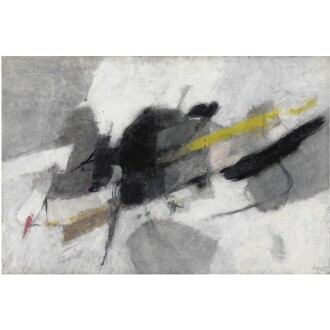 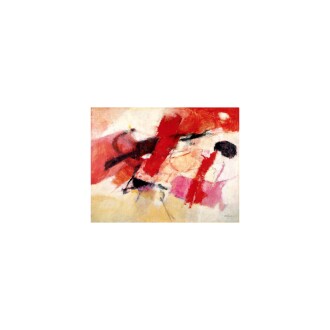 Known simply as Afro, Afro Basaldella was a painter associated with the Scuola Romana, and celebrated for his abstract paintings that synthesize the Cubist and Futurist techniques. Born in Udine, Afro began exhibiting at the age of 16, alongside his brothers Dino and Mirko, and studied Fine Art in Florence and Venice. In 1929, Afro received a scholarship from the Marangoni Arts Foundation to travel to Rome, where he became associated with artists of the Scuola Romana, such as Mario Mafai and Corrado Cagli.

Afro began producing murals and experimenting with Neo-Cubism in the style of Paul Klee. After traveling to New York for the first time in 1950, Afro was influenced by the work of Abstract Expressionists, particularly Arshile Gorky, and developed his mature style. In addition to his paintings, Afro was commissioned to paint the Udine Opera House in 1936, murals for the World Exhibition in Paris in 1937, and a mural at the UNESCO headquarters in Paris, titled The Garden of Hope (1958). His work is currently held in the collections of the Galleria Nazionale d’Arte Moderna e Contemporanea in Rome, the Gallerie di Palazzo Leno Montanari in Vicenze, and the Solomon R. Guggenheim Museum in New York.