What Are the Sotheby’s Prize Jurors Looking for in 2019?

By Sotheby's
Each year the Sotheby’s Prize is awarded by a jury comprising some of the world’s most prominent museum directors and curators. We spoke to them to find out what they’re hoping to see from applications in 2019.

The 2018 Prize garnered applications from 19 different countries across all continents, representing a greater geographical spread than 2017. "In that sense it's more diverse,” says Sir Nicholas Serota, chair of Arts Council England, “but it doesn't get anything like as far as we would like it to.”

Emilie Gordenker, director of the Mauritshuis, agrees. “There are whole areas of the world that we haven't reached yet,” she says. Like her fellow jurors Gordenker is keen to see an even broader range of applications this year, particularly from Scandinavia, South America, Asia and the Middle East. 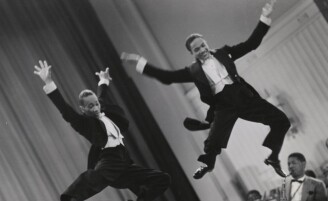 Serota hopes that as a result “we'll begin to get a real sense of some of the issues, and some of the subjects that people across the world are wanting to see in museums today.”

The art represented in the projects recognised by the Prize in its first two years comes from across the globe – from North and South America, Asia, the Middle East, Europe and Africa. The winning institutions are often taking an international approach, bringing a fresh perspective to an artist or a movement. “Each one is inflected quite differently,” says Donna De Salvo, Senior Curator at the Whitney Museum of American Art, “and that's exciting to experience, to think about what things mean in different situations.”

The jurors encourage institutions to bring forward ideas that are not only global, but also look back at the full sweep of art history. “In both the first year and in the second we had relatively few applications from museums that hold historic collections,” says Serota. “Undoubtedly, we would like to see more applications from that that range of museums.”

A theme conspicuous by its absence in 2018 applications was technology – its effects on how we view and experience art, and its use in museums to engage the audience. Technology is front of mind for many in the museum world; Emilie Gordenker points out that in the Old Master field “we're using all kinds of new technologies to research works of art, to look under the paint surface.” However, this kind of work did not feature in the Prize applications. “We didn't see anything like that,” she says.

Technology poses a number of challenges to museums. As Donna De Salvo puts it: “In an age when we have started to think in a way that encompasses the abstract space of the digital, in some ways the museum format that we know is somewhat old fashioned, and the dilemma is to figure out how to create a form that still acknowledges physicality and social interaction.”

In 2019 the Sotheby’s Prize jury hopes to see projects addressing these challenges.

The jurors are keen to encourage curators to think big, to innovate and to push the concept of what an exhibition can be. “I know in my own work that the exhibition is a form,” says Donna De Salvo. “And like any form, you want to push it as far as you can, so that each new iteration presents a new opportunity. To push beyond any conventional notion of what an exhibition can be: I think that's what we're looking for.”

This innovation need not be restricted to the contemporary period. Emilie Gordenker recognises that it may be easier to innovate “when you're looking at new art; it is by definition something innovative. But that doesn't mean you can't come up with really great new ideas that have to do with historical art.”

The 2018 results demonstrate that big ideas can be rewarded. In the opinion of Allan Schwartzman, Sotheby’s Chairman and chair of the Sotheby’s Prize jury, the winning exhibition will do no less than “rewrite our understanding of the history of film and of its impact on popular and high culture.”

The jurors hope to see more big ideas this year. “I do hope that last year’s results will encourage this year's applicants to push things a little bit more in terms of innovation, a rethinking of things,” says Donna De Salvo. “You want to see something and say, ‘no one's done that before’, or ‘no one's thought of that before.’”

Each year the winner is selected following a two-day meeting and many hours of deliberation. But prior to that each juror reviews every application in detail to identify which ones to discuss during the meeting. What do they look out for, and what catches their eye? For Connie Butler, Chief Curator at the Hammer Museum, Los Angeles, “the proposals that are the most interesting are those that push into a territory, even of a known artist's work, that is lesser known, and try to find a new lens onto that body of work.” Submit an Application for the Sotheby's Prize