S ince founding his lifestyle brand in 1985, Tommy Hilfiger has tapped into the American zeitgeist for inspiration. The art, music and celebrity culture of the United States have all, at some level, influenced his eye, making his celebrated line the epitome of American fashion – and Hilfiger an American icon in himself. Ahead of Americana Week (10–21 January, New York) we spoke with Hilfiger about the meaning of American style, the role of nostalgia and his favourite works in the upcoming auctions.


How would you define American style?
I think it’s about being authentic. It's traditional, but also free-spirited, youthful and confident.

How do you think your line fits into the history of American style?
I started my brand more than thirty years ago to bring a new twist to American style, combining the classic East Coast lifestyle with the laidback, youthful spirit of the West Coast. Each season I reinterpret classic American style with a fresh, modern perspective.

How have aspects of American culture – for example, the hip-hop scene, street art, etc. – influenced you as a designer?
It provides me with a wealth of inspiration to work with. I’ve always looked at American pop culture as something exciting that moves the needle in today’s society.

Some parts of American culture, from leather jackets to the music of Jimi Hendrix, are as popular now as they were when they were first introduced. What role does nostalgia play in what we like and buy? Or do some things never go out of style?
Fashion is cyclical – everything gets reinterpreted. We’re seeing a big resurgence of the 1990s now. The Western look comes in and out of style every few years, the military look comes in and out of style – as does the prairie look, the surfer look and the vintage ski look. These different trends pop up all the time in slightly new ways, although there are the true classics, like the Marlon Brando motorcycle jacket, that never really change.

Do you collect Americana or any memorabilia from American history?
Art has always inspired me. I had the opportunity to become friendly with Andy Warhol when I moved to New York, and I love iconic American art and Pop art that is bold and memorable. I'm also drawn to American flags, American eagles and Americana type objects – anything red, white and blue.

To discover which pieces from Americana Week caught Tommy Hilfiger's eye, click below. 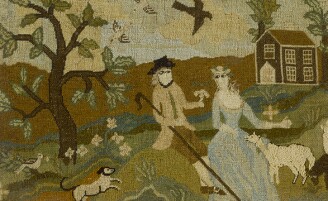 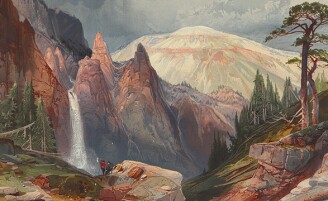