Titian and Tintoretto's Return to Venice, an Interview with Ben Van Beneden

By Sotheby's
A new exhibition curated by Ben Van Beneden, director of the Rubenshuis, will show two storied masterpieces by Titian and Tintoretto, each returning to the native city of their creators for the first time.

S otheby's: Tell us who you are and what you do.

Ben van Beneden: I am an art historian and I've been director of the Rubenshuis in Antwerp for about ten years.

S: Tell me a little bit about this exhibition, what it is, and what is the aim?

BVB: It's an exhibition of Flemish masterpieces which includes a number of Rubens' works from Flemish collections. It features works from the late 16th century up to the middle of the 17th century. The aim is to show the depth and richness of Flemish collections, both public and private. The idea for the exhibition began when the Rubenshuis acquired, or received, two important, long-term loans. Firstly, The Vision of St. Catherine, by Tintoretto. Shortly after that, we received another exceptional loan, the Portrait of a Lady and Her Daughter, by Titian. Those two paintings are important for the Rubenshuis because Tintoretto and Titian were very influential for Rubens. 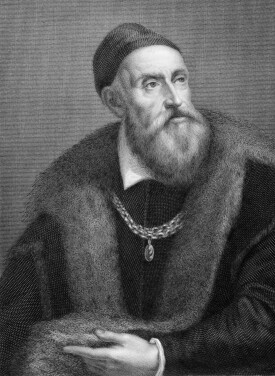 From that very moment, it was also our ambition to bring those two paintings back to Venice. In fact, when the Titian left Venice, it was a very different picture. That’s because, immediately after Titian's death, the double-portrait had been over-painted and turned into a different image. So, it left Venice at a certain moment in time, as a depiction of Tobias and the Angel. Titian's Portrait of a Lady and Her Daughter had been changed into a religious image and the hidden portraits underneath have only recently been revealed. We thought it would be a good idea to bring both enigmatic pictures back to Venice. Back to the place where they had been created.

S: Beyond the exhibition, tell us more about why Venice is important.

BVB: Venice was probably the first city that Rubens saw, his first Italian encounter. Coming from the North, from the other side of the Alps, he arrived here in this splendid city and then saw countless magnificent paintings. Just imagine seeing Tintoretto for the very first time. And it is, of course, all about the intermingling of art and power.

S: What is the story of the Titian’s discovery?

It entered a very famous collection, the Barbarigo Collection, which is housed in Venice on the Grand Canal. It stayed here in Venice for 250 years after Titian's death and then it came onto the art market, from where it entered the collection of the Czar of Russia, Nicholas the First. In the early 20th century it came onto the art market again and into the possession of an art dealer. He fought in the French Resistance, was incarcerated by the Nazis and died in a concentration camp but he had stored the his art collection in a warehouse in London, which miraculously escaped the Blitz unscathed. His sons found his collection after the war.

Eventually a Flemish collector bought the painting and subsequently lent it to the Rubenshuis. For any museum, that is a major acquisition because paintings by Titian are very rare, there are only a dozen or so left in private hands.

S: Tell us the story behind the Tintoretto and give us a sense of that painting’s importance and how it came to the exhibition.

We were able to acquire as a long-term loan this picture by Tintoretto, which came from David Bowie's collection. And just like the Titian there's a story attached. The painting was commissioned for a small very illustrious church in the heart of Venice as an altar piece. The church was very richly decorated with paintings by Bellini, Tintoretto, Veronese and others. However, the church was demolished in 1807 by Napoleon. The demolition of that particular church represented the end of the great Venetian Republic.

BVB: You imagine your ideal exhibition in your head and then to come here and to see it in the flesh and to see that it actually worked, is very, very gratifying indeed. 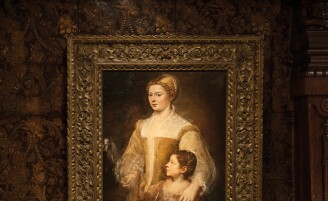