The Zilkhas – A Marriage of Refined Elegance, Cultural Highbrow and Resolute Drive

“I often joke that during my lifetime I have gone from the Persian carpet culture to the Louis Quinze culture. And yet I have always clung with pride to the best that the culture of my birth gave me – as well as the best I could absorb from Europe and America.”

E zra and Cecile Zilkha came to New York from a vastly different part of the world. In time, they became transforming engines in the city’s cultural, business and social scenes. The Zilkhas originated in the Middle East; Ezra often characterized himself as a Babylonian. Ezra was born in Iraq In 1925. Cecile was born in Iran. The Zilkhas were renowned bankers: Khedouri Zilkha and his four sons established the first branch banking network in the Middle East, with correspondents throughout Europe, and in parts of Latin America and Asia. Their sterling reputation afforded them respect and recognition from all religious groups in the region and allowed the family to thrive. Kings, diplomats and generals sought their counsel. An April 17, 1955 article in the New York Times stated that the “One room Baghdad bank became a world-wide family financing empire…unmatched since Amschel Rothschild and his five sons built their organization.” Part of their success was a familiarity with languages, which provided entrée to the powerful, influential and wealthy that visited from around the world.

World War II brought much change. The Zilkhas established a beach-head in New York and Ezra completed his studies at The Hill School and Wesleyan University. The end of the war ushered in nationalistic movements that disrupted life in the Middle East. The Zilkhas were prominent leaders and natural targets. Between 1950 and 1956 the family’s assets in Iraq, Syria and Egypt were seized. The palatial houses and the ability to influence events in the region dissipated overnight. Khedouri Zilkha, the guide and figurehead, passed away in 1956, leaving the hard task of rebuilding in the West to his three younger sons (Abdullah had left the business to strike out on his own). Selim left the business in 1960 to start Mothercare, Maurice passed away in 1964, and Ezra remained to take the helm of the banking business started by his father. For the Zilkhas, giving up was never an option. His children have said: “our father always encouraged us to pursue whatever we wanted, to never give up, and to do it better than anyone else”

Ezra and Cecile recognized that languages allowed them fluidity, the ability to move seamlessly between the US and Europe. They insisted that their children become fluent in French. All went to the Lycée Français de New York; Ezra became instrumental in the expansion of the school, for which he was recognized with the French government’s Légion d’Honneur. The French government subsequently recognized him further to become Commandeur for his invaluable contribution to business exchanges between France and the United States. During this time Ezra’s efforts to rebuild the family banking business were gaining traction, both in the US and in Europe. An article in an influential French business magazine pegged the Zilkhas once again as “The Rothschilds of the Orient.”

One of Ezra’s greatest assets was Cecile. She was tireless at entertaining his business associates and their spouses. She expanded his already broad list of friends and contacts. Her facility with seven languages opened a world of international diplomats, artists, politicians and businessmen to their frequent dinner parties. Cecile’s charitable nature made her an active fundraiser for among others, the Hospital for Special Surgery, and she became sought after for her “can do” approach. The Metropolitan Opera named her its vice-chair. Cecile understood how underfunded the opera was and how corporate sponsorship was the only way it could receive the recognition a New York based cultural institution deserved, thus establishing the annual “onstage at the Met” galas. She was able to convince Texaco to become involved in underwriting the event, which eventually allowed it to be considered one of the leading opera houses of the world.

The time the Zilkhas spent in France gave them a taste for the French art de vivre. The Paris apartment, designed by Gerard Gallet, was stunning as it melded contemporary masters like Warhol, Gottlieb and DuBuffet along with museum quality Boulle furniture and 19th century chandeliers. It was in fact featured in L’Oeil magazine.

Cecile and Ezra entertained in all three of their homes in New York, Paris and Southampton. To give a few highlights: In Paris, they invited ABT’s entire corps de ballet to a reception at their home after the company’s gala performance. Their children remember learning about foot care when half of one’s life is spent on one’s toes. One evening, Mme. Mitterand had drinks with some of France’s old aristocratic scions, the old seamlessly blending with the new. In Southampton, Margaret Thatcher, Ronald Reagan, the Sadats, the Chiracs, the Pompidous, and the Mulroneys, among many others, had a wonderful time. So did the numerous secret service agents who enjoyed protecting them. New York’s political elite, including many mayors of the city, and governors attended beautiful summer evenings overlooking Lake Agawam, along with Southampton’s old line families.

New York, of course, was the “headquarters”. One of the grandest evenings was the 100th birthday party they gave for Brooke Astor, with the likes of Mayors Bloomberg and Giuliani, Barbara Walters, the Shabanou, Henry Kissinger, Alan Greenspan, and many of the shakers and movers of the day.

When Ezra passed, his building staff spoke about the glory days when police and secret service were often stationed downstairs to protect the guests going to the 8th floor, but they especially lamented the passing of the finest, most human, polite and generous couple they had encountered.

This in fact is the real essence of the couple. They were glorious, successful, powerful, but they were also human, and enjoyed the privacy of family. This is reflected in the choice of pieces that Cecile curated. Each piece required the approval of Ezra before a purchase was made. This is a collection built by a couple with many talents, but with a deep sense of who they were.

Jewelry Highlights from The Zilkha Collection 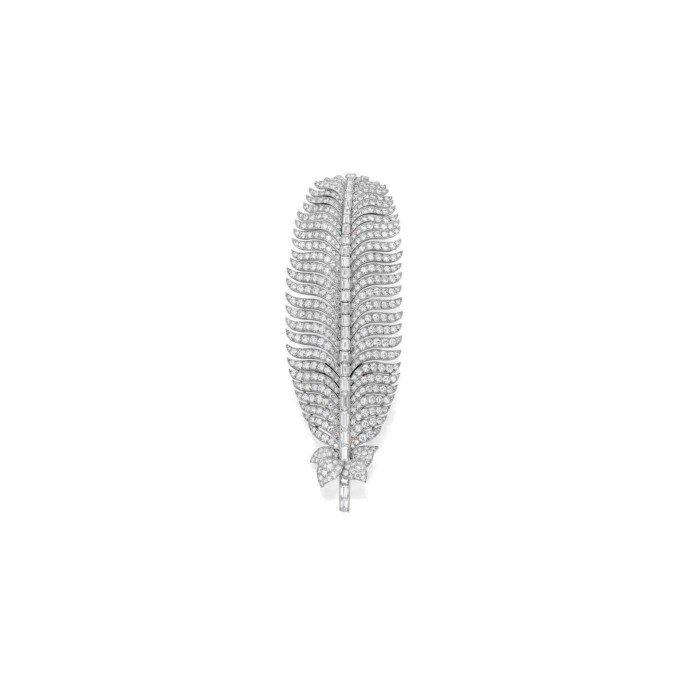 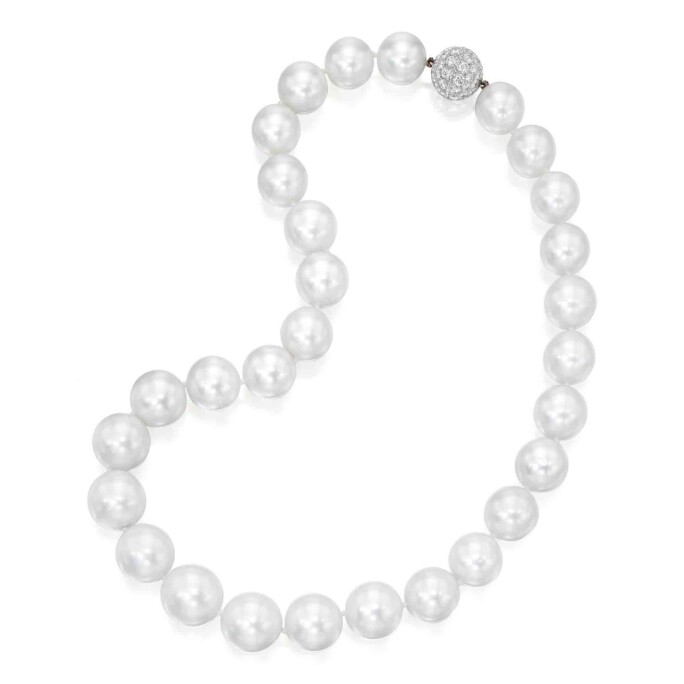 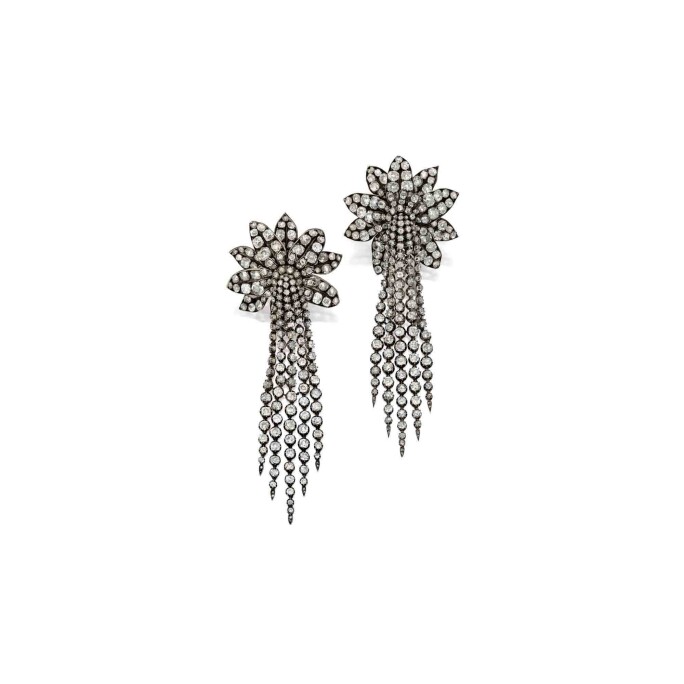 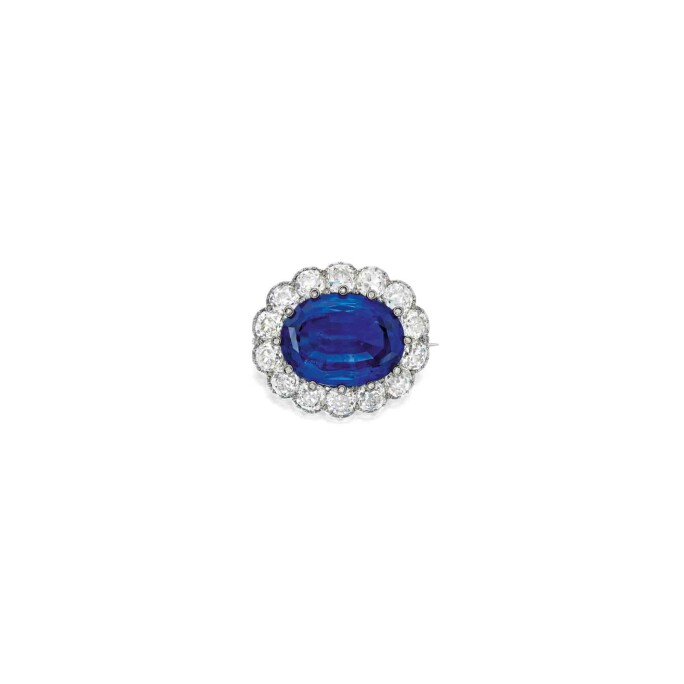 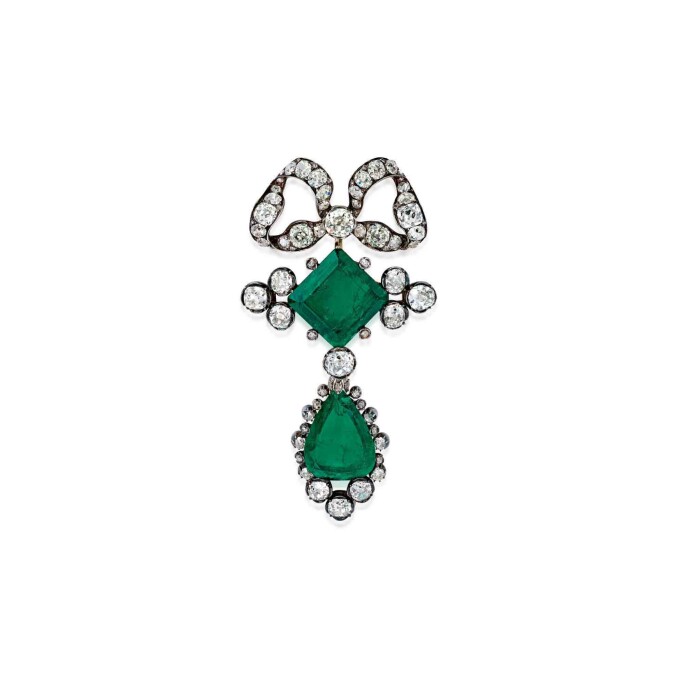 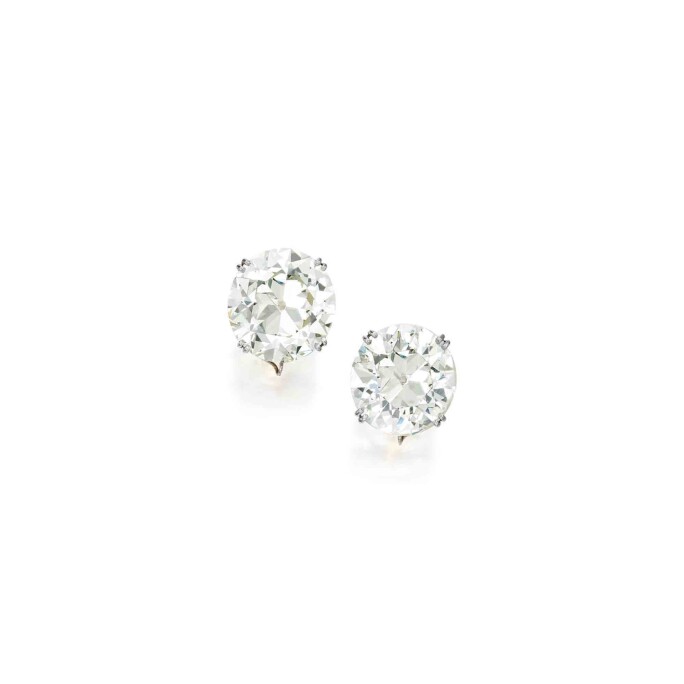 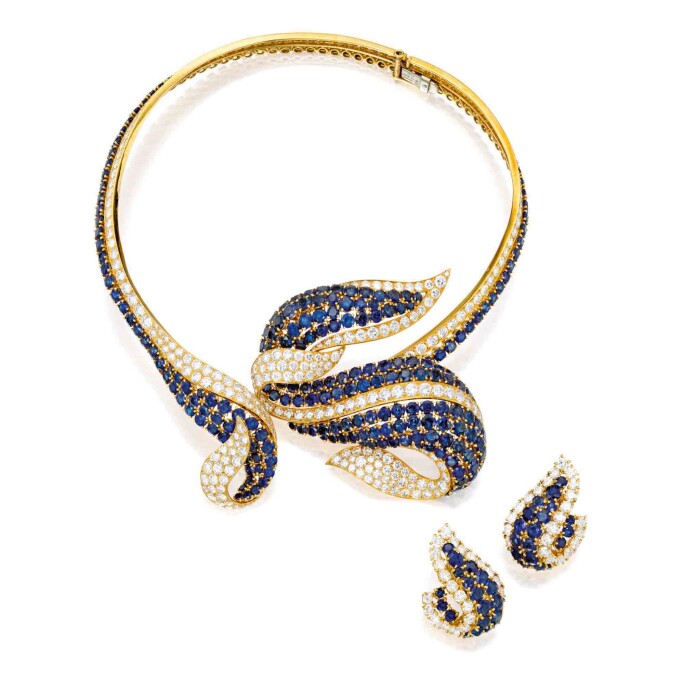 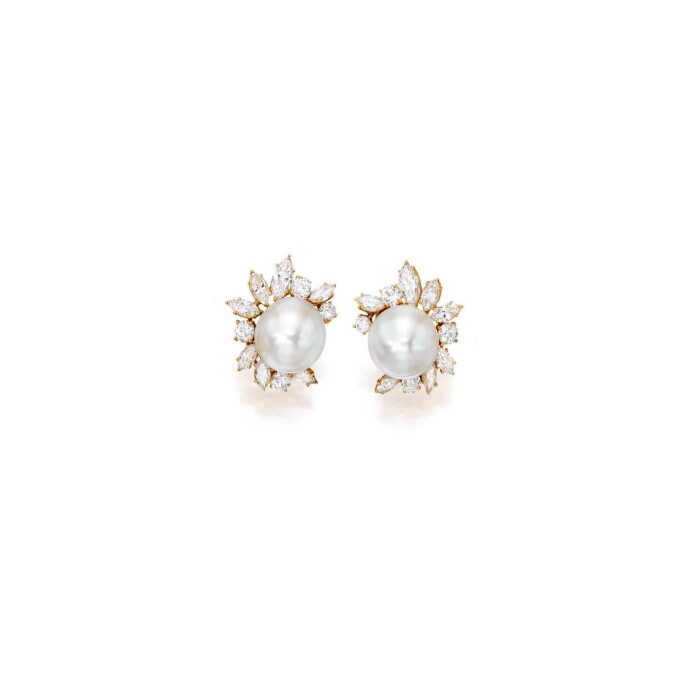 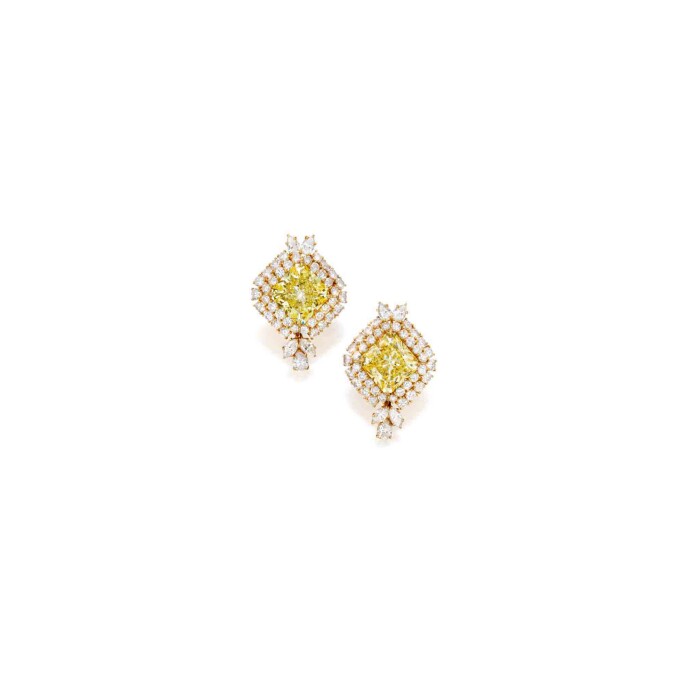 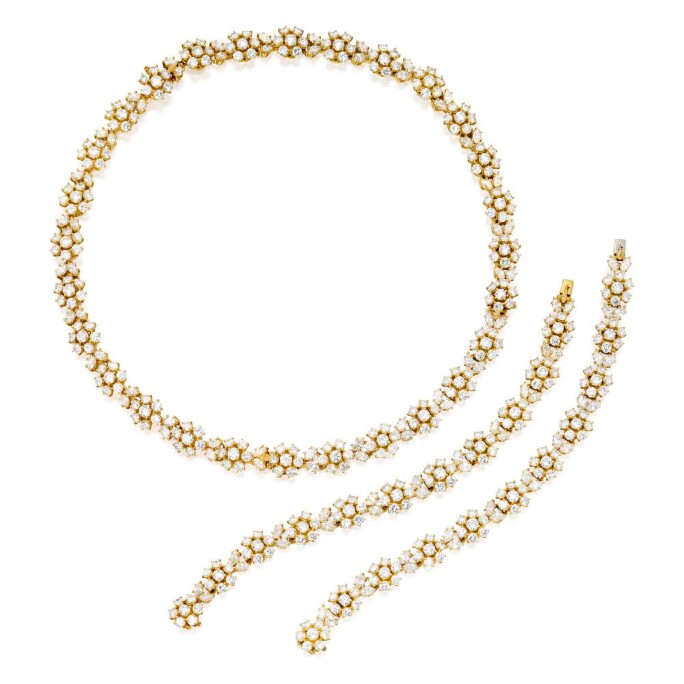 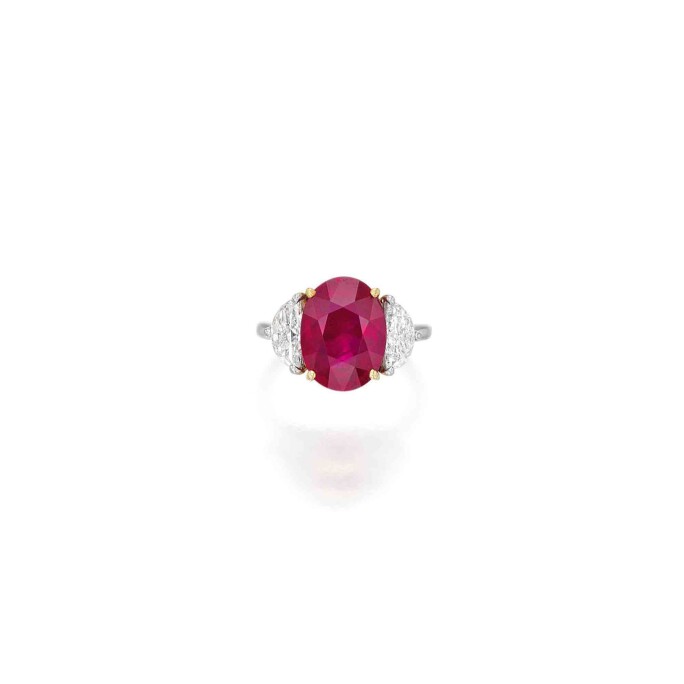 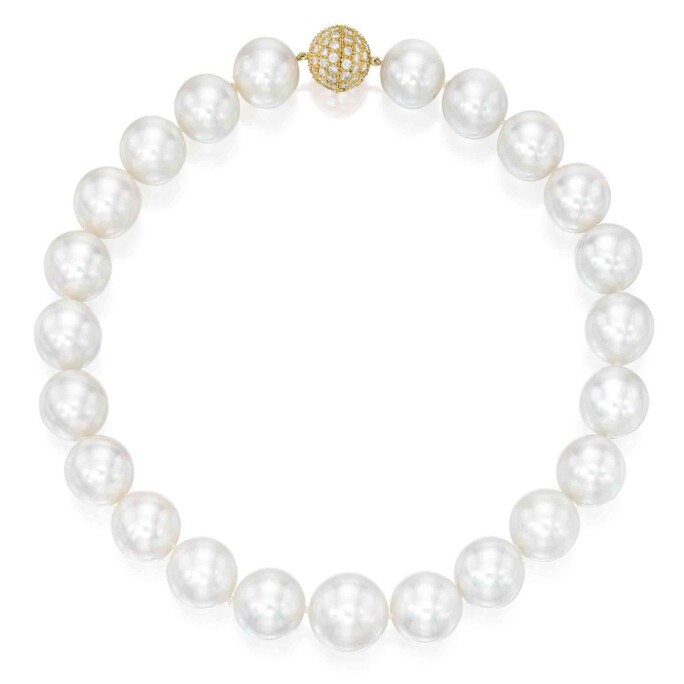 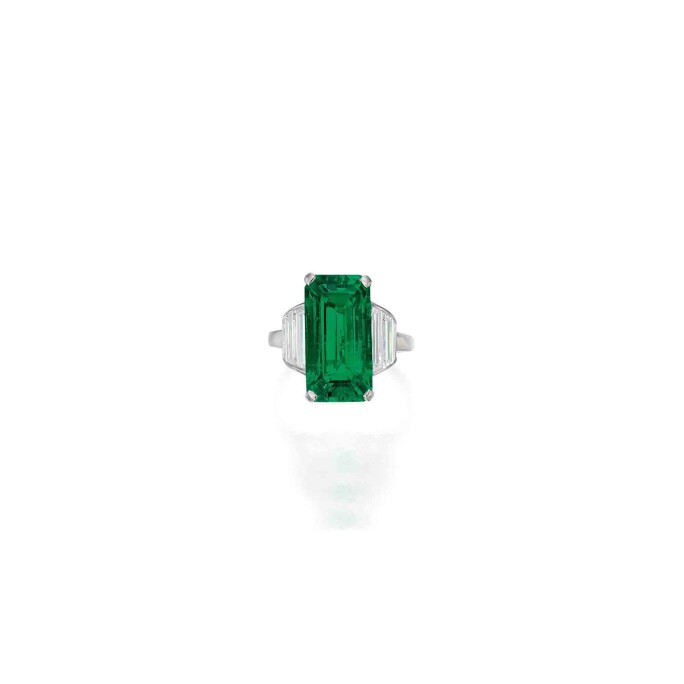 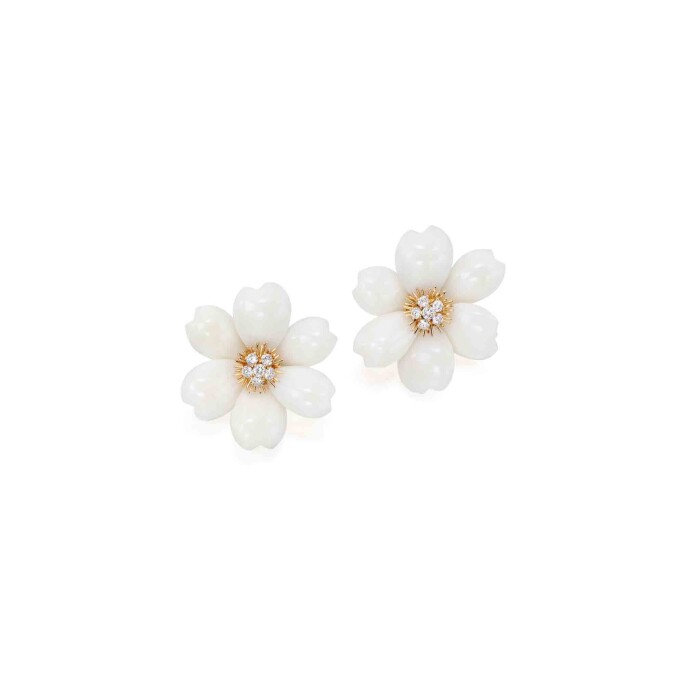 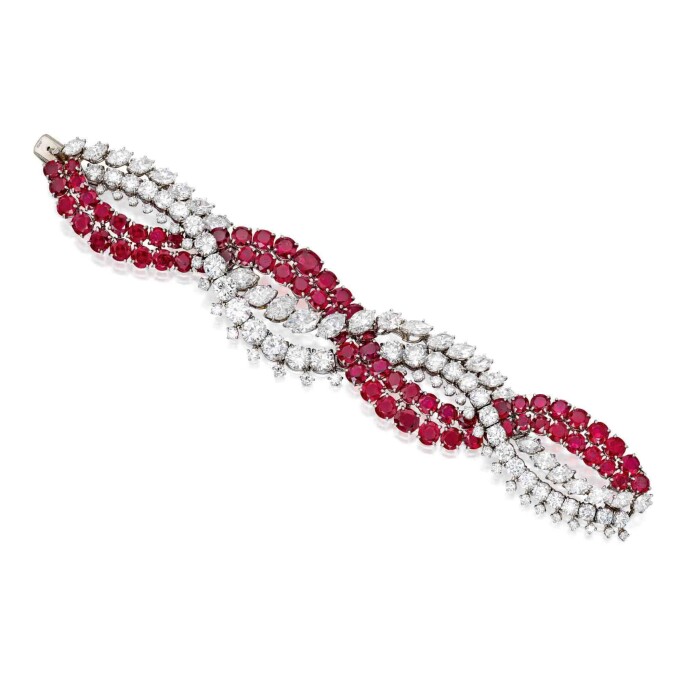 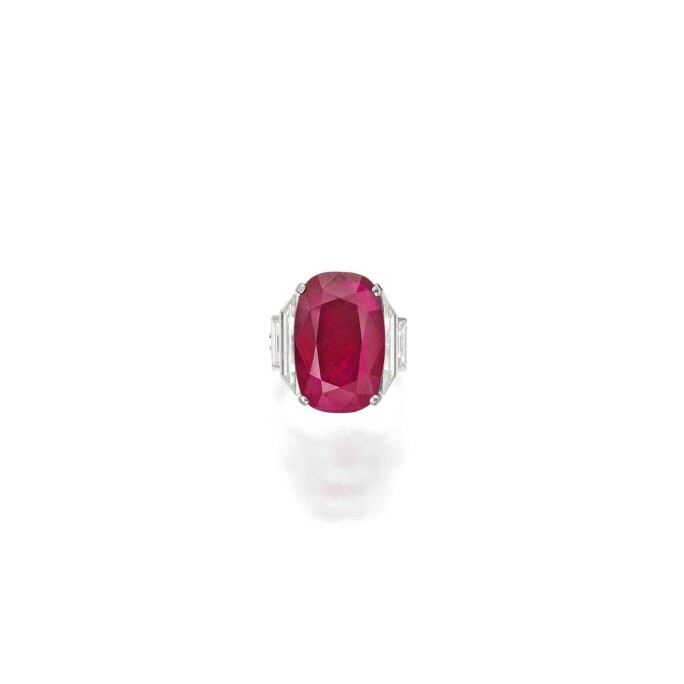 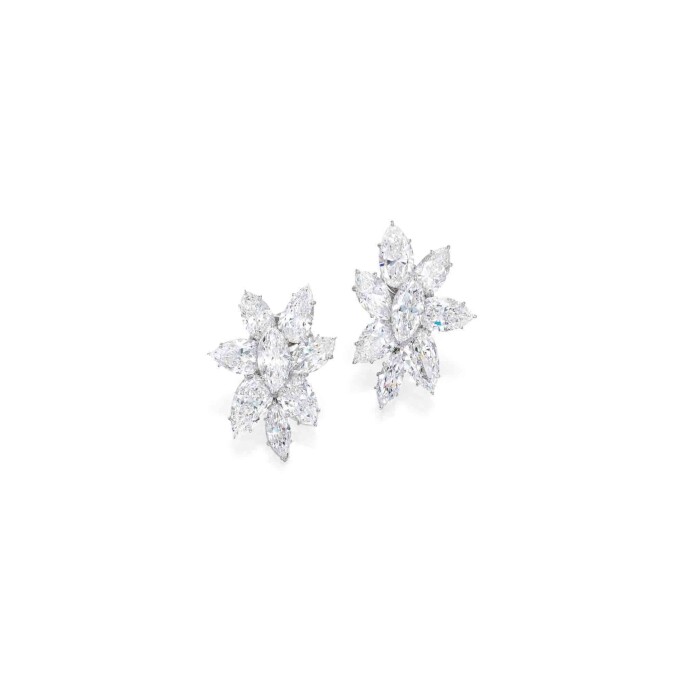 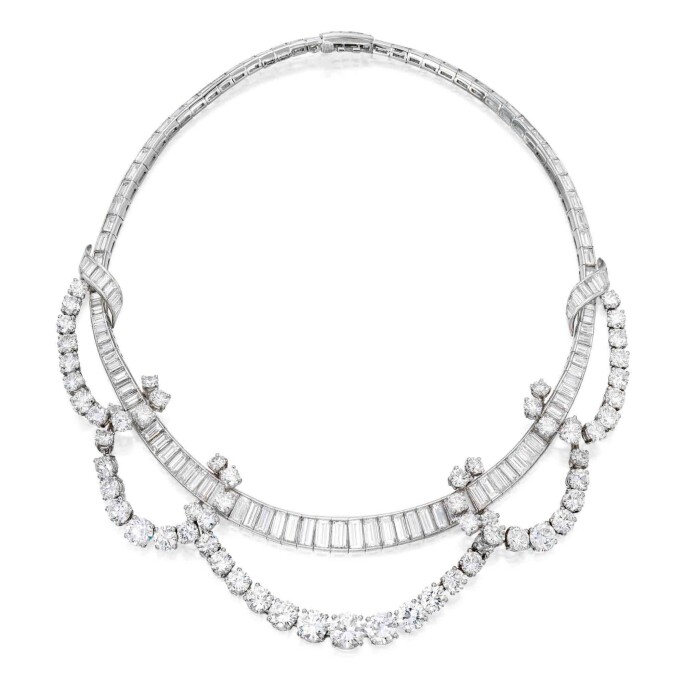 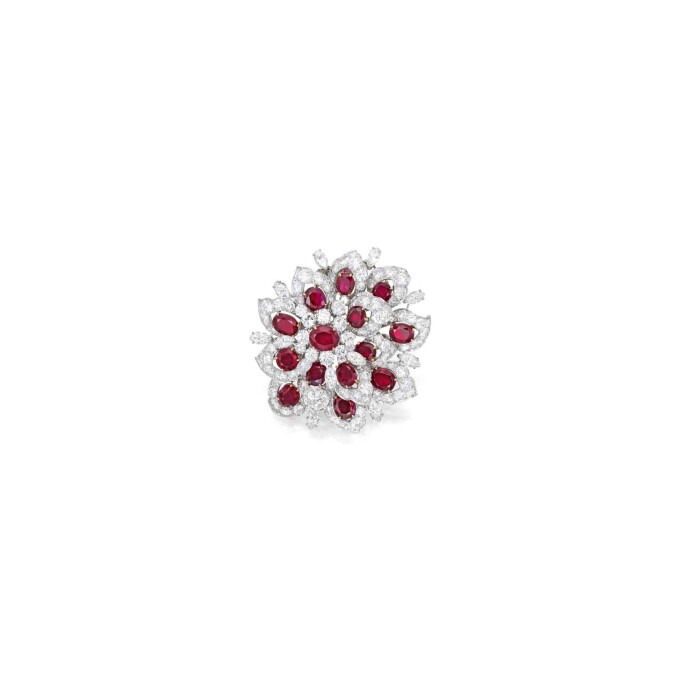 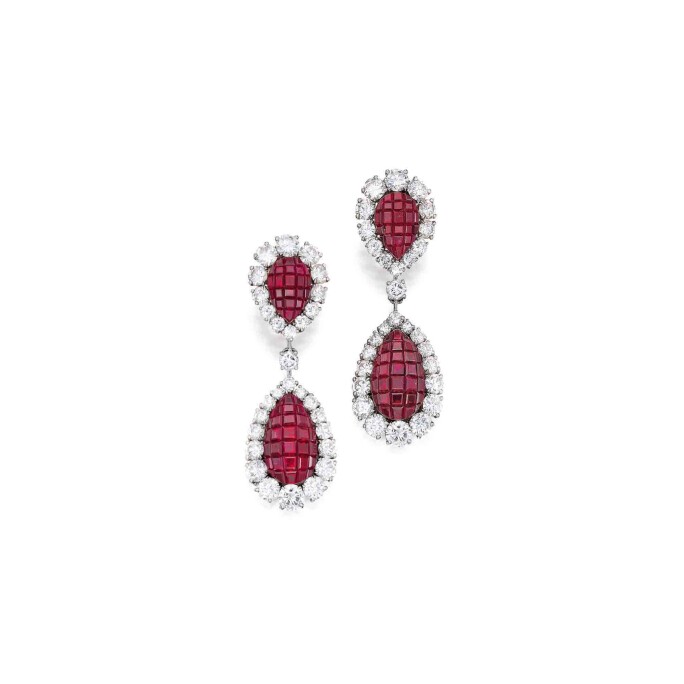 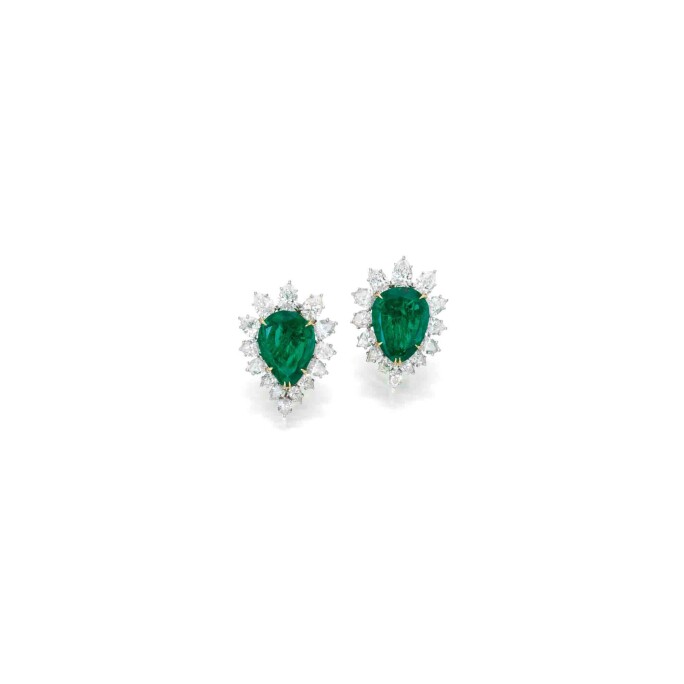 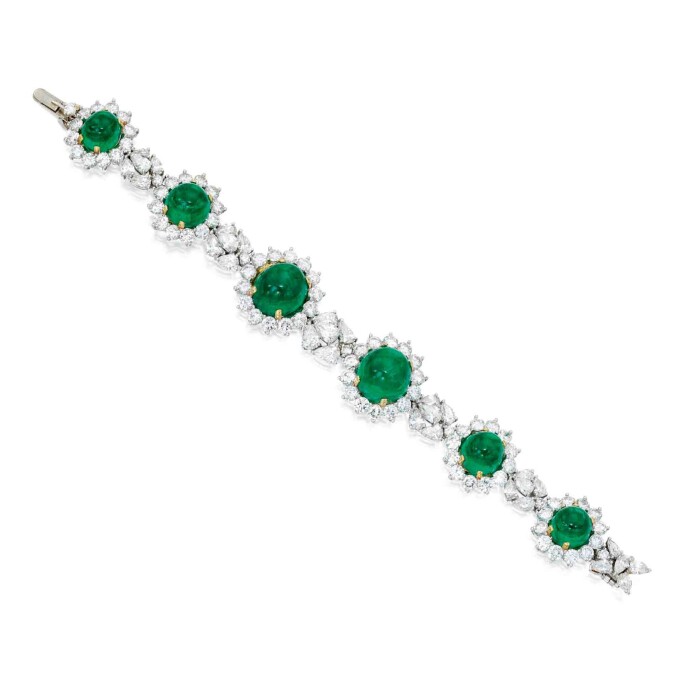 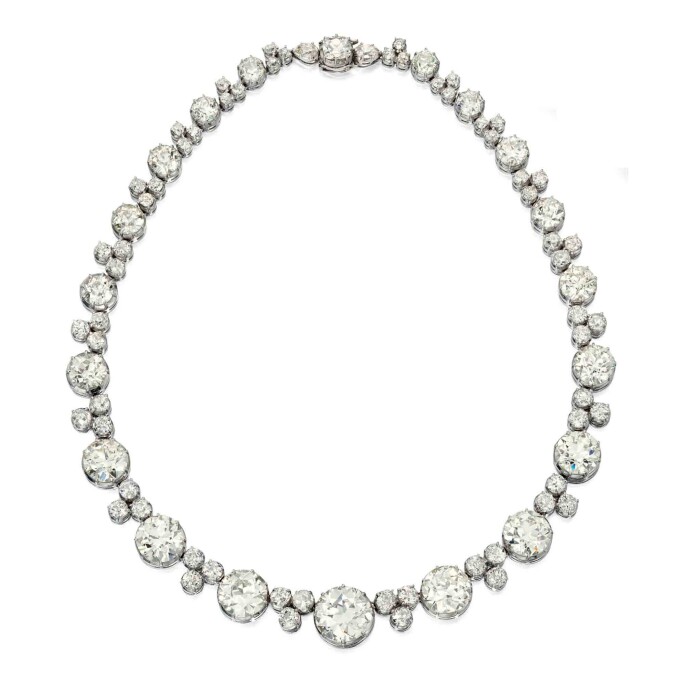 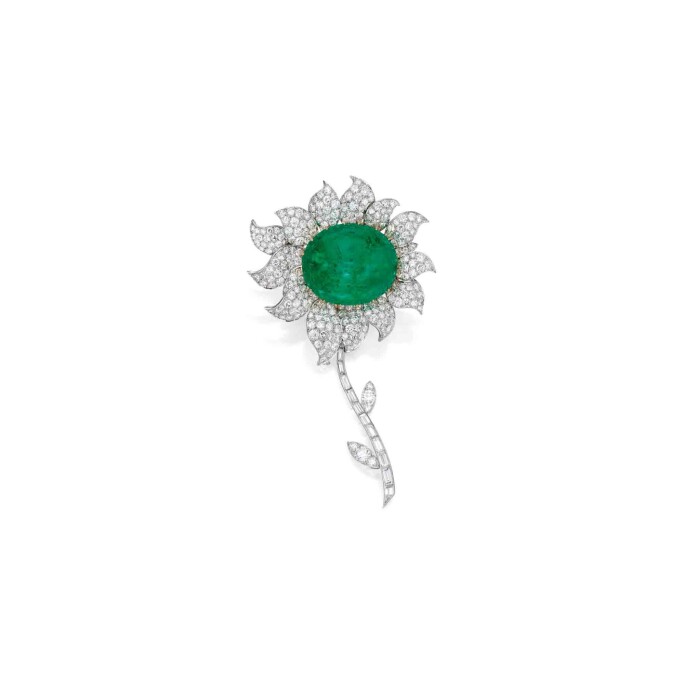 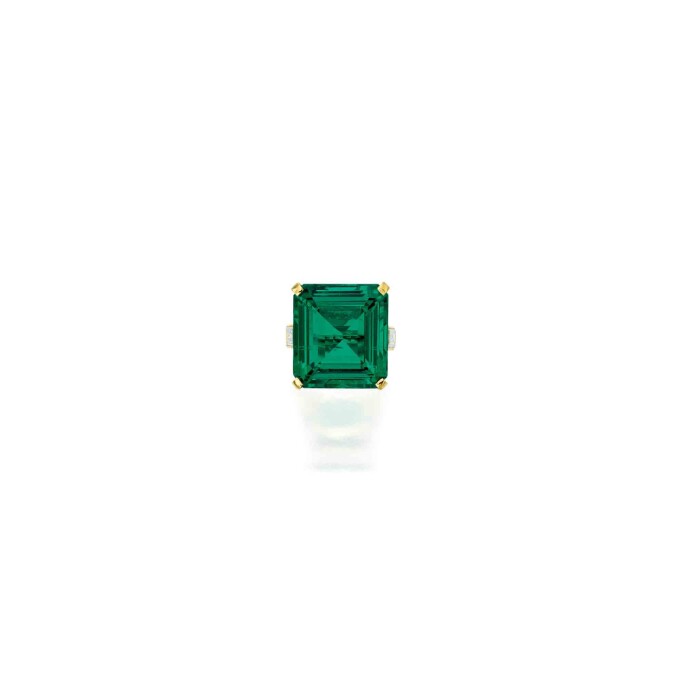 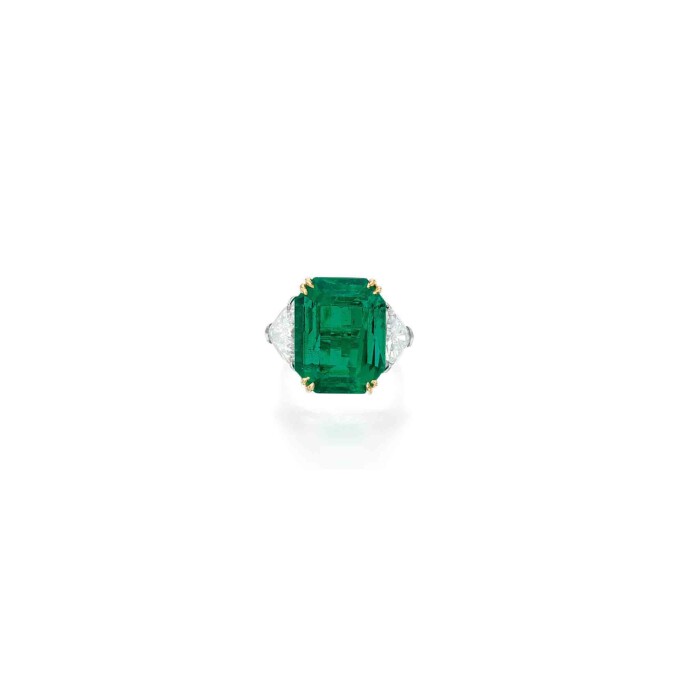 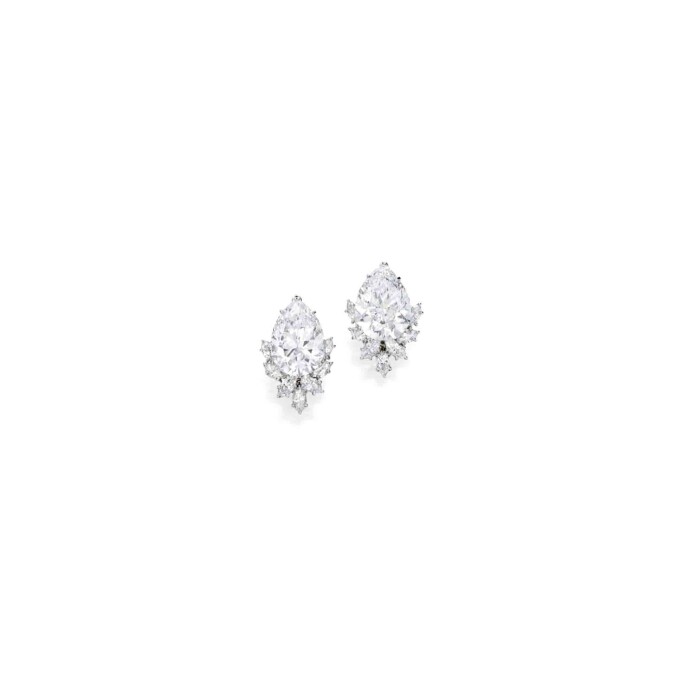 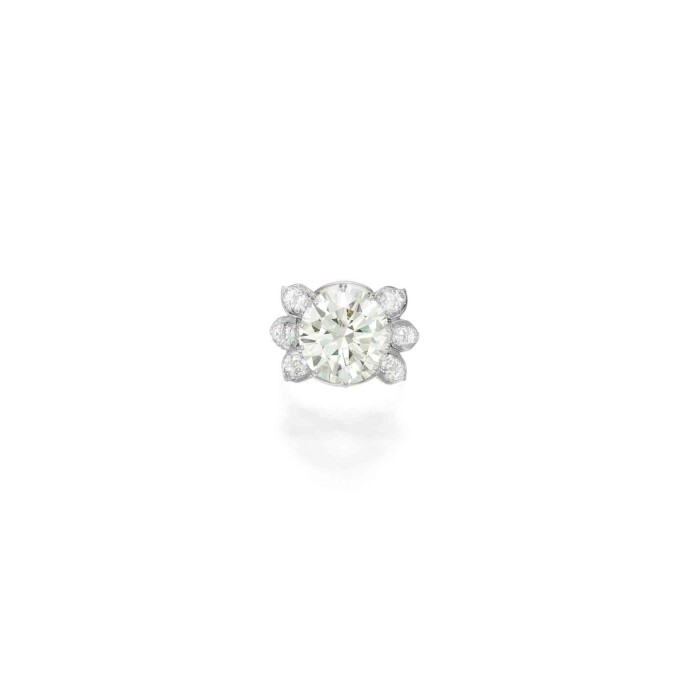 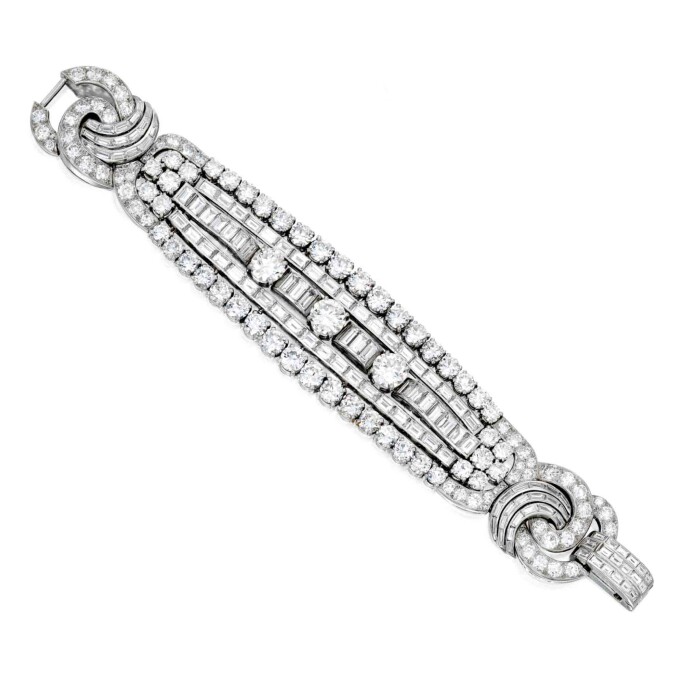 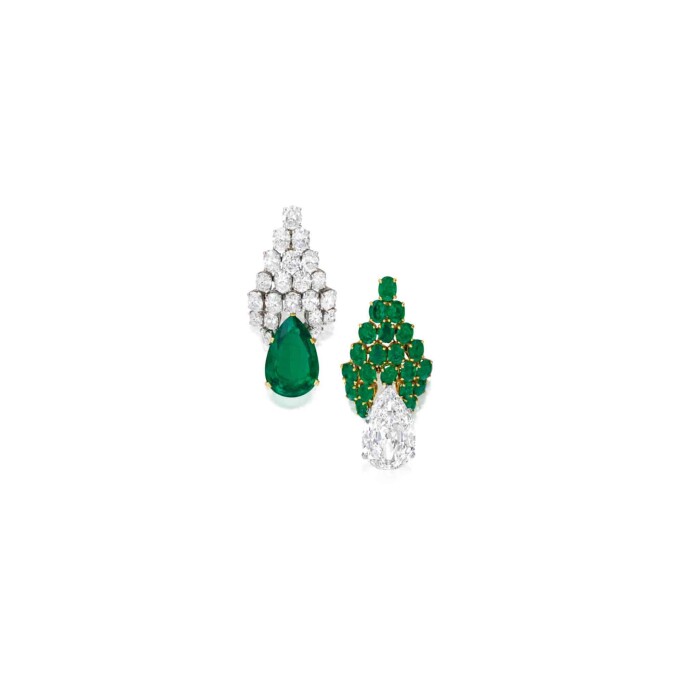