W ine lovers will know the feeling – you sit there, with proffered glass, someone kindly fills it (to just the right level, of course), you take a sniff and the wine talks to you and then, at last, you taste it and the world stands still for a while. You search for words, recall previous scents and tastes, look for comparisons and triggered memories. Finally, you just smile euphorically and enjoy it.

Last night was one such moment. The event was a friend’s birthday, the cooking was mine and the wine was Mouton 1961. It is, without a doubt, more magical than ever, silky, aristocratic, hauntingly beautiful and in terrific shape. We were transfixed, but not so that we did not finish the bottle. The Mouton 1982 that preceded it was pretty fine too, quite different, right down to the fact that yields were small in 1961 and generous in 1982, yet giving a wine that is astonishingly rich and dense. It was all so joyous that we finished the evening with the majestic Yquem 1988 which went down a storm with Norwegian Bløtkake, an extremely naughty cream, sponge, marzipan and walnut creation that is only made on special occasions.

Then, there are the surprises and discoveries that mark our best moments, the realisation that mature Dom Pérignon can have a bouquet of turrón, or finding a delicious, gentle bottle of Carruades de Lafite 1950 lurking in the cellar. We all have to plot our own route to vinous bliss, but a good beginning would be a dip into the Great Cellar from the North that comes to auction in London on 10 July.

Four decades of delectability and a plethora of Bordeaux First Growths and Burgundy Grands Crus beckon, ensuring multiple time capsule moments for the future. And the most rewarding element is making your own, rather than listening to another’s experience. Oh, but let me just tell you about the La Conseillante 1947 we unearthed the other day...

See what I mean? Don’t let other people get away with it! 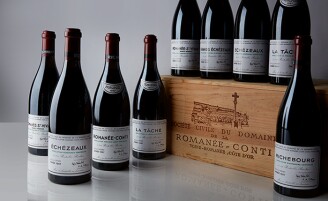