H enry Moore's interpretations of the human form are both instantly recognisable and deftly executed, as demonstrated in his 1982 bronze Reclining Figure: Pointed Head, currently offered for private sale by Sotheby's.

When the sculptor was in his early twenties and studying at the Royal College of Art in London, he began to visit a building that would forever shape the path of his artistic career: the British Museum.

"The Museum was a revelation to me. I went at least twice a week for two or three hours each time, and one room after another caught my enthusiasm. The wonderful thing about the British Museum is that everything is stretched out before you and you are free to make your own discoveries."

Among the many discoveries he made was that of the Parthenon figure of Dionysus. Its posture of easy repose – typical of the god it depicts – captured Moore’s imagination provoking the following response: "The sculptor who did this had a thorough understanding of the human figure, and shows so realistically the difference between the slackness of the flesh and the hardness of the bone beneath it [...] This piece always attracted me, perhaps because of my interest in reclining figures’" (Moore quoted in ibid., p. 60). The pose of Reclining Figure: Pointed Head recalls this figure of Dionysus and demonstrates the classicism rooted within Moore’s work.

The reclining figure held thematic importance to Moore, not least for the way the figures are connected with the ground beneath them:

"When he was teaching in art schools he used to encourage his students to start a life-drawing of a standing figure with the feet and work upwards. It was essential that the figure should be firmly grounded. For him, gravity comes first, and however much he may erode the mass, weight is his point of departure. A figure close to the ground gives him that."

In the present work, the figure lifts from its base, recalling the organic and amorphous forms of the natural world which so inspired Moore. This connection to nature remained significant to Moore, and is evident in the rich and earthy patina of the cast: "They are made to look as if they themselves had been shaped by nature's energy. They seem to be weathered, eroded, tunneled-into by the action of wind and water. The first time Moore published his thoughts about art, he wrote that the sculpture which moved him most gave out 'something of the energy and power of great mountains' [...] Moore's reclining figures are not supine; they prop themselves up, are potentially active. Hence the affinity with river-gods; the idea is not simply that of a body subjected to the flow of nature's forces but of one in which those forces are harnessed' (D. Sylvester, ibid, p. 5).

Demonstrative of the sculptor’s lifelong interest in the human form, Reclining Figure: Pointed Head exudes a quiet magnificence. The sweeping curves contrast with the more geometric angles found in the bend of the knees and crook of the elbows. Moore creates a dynamic configuration that evokes a sense of weightlessness that defies the density of the medium. The smooth surface of the bronze allows for the subtle interplay of light across its surface and opens the figure out to the viewer. Dating from the height of Moore’s mature body of work, Reclining Figure: Pointed Head artfully blends the human and the organic with a technical mastery that conveys all the expressive possibilities of sculptural form.

Two casts of this model, both on the same scale, reside in prominent collections, one belonging to the Henry Moore Foundation and another to the Nelson-Atkins Museum of Art in Kansas. 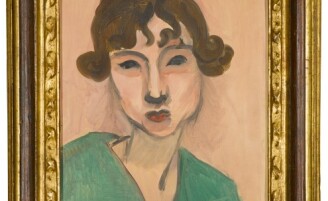 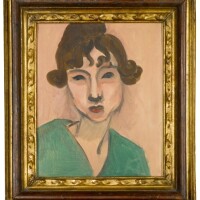 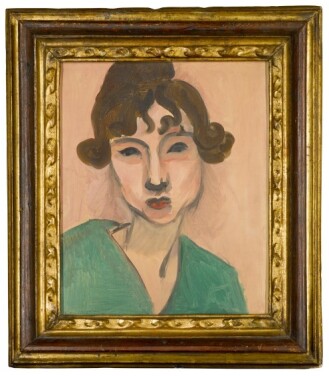