By Sotheby's
Two works in the upcoming Impressionist and Modern Art Day Sale offer an alternative perspective on European Cubism in the post-war years in Paris.

A remarkable still life by Louis Marcoussis produced in 1912 that captures the founding principles of Cubism is accompaned in the sale by Maria Blanchard's dynamic composition Le Monogramme, painted at a crucial stage in her flourishing career. The well-known protagonists to whom the Cubist movement is attributed — Pablo Picasso, Juan Gris and Georges Braque — were accompanied by a circle of lesser-known, yet highly prolific artists who, through social and professional exposure to key figures in the Parisian art world, became a vital component in the development of Cubism, and thus Modernism as a whole.

One such artist was Louis Marcoussis, a close contemporary of Picasso and Braque. Though his eventual output was less well-known than that of his peers, Marcoussis was considered one of the pioneers of Cubism. Originally from Poland and christened Ludwig Markous, the artist moved to Paris in 1903 to study at the Académie Julian, adopting the French version of his name as a measure of his commitment to a new life in France.

His earliest works were inspired by the example of Impressionism, but a chance encounter with Braque and the poet Guillaume Apollinaire at the circus in 1910 galvanised Marcoussis into experimenting with an entirely new and pioneering artistic vocabulary. As a close acquaintance of Picasso and Braque, Marcoussis remained at the forefront of the sylistic and theoretical developments in Cubism. 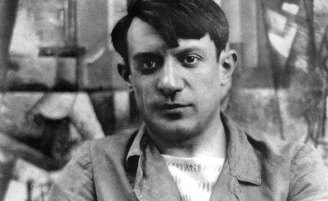 Executed in 1912, Nature morte au damier/rhum/bass reveals the artist’s full mastery of the Cubist idiom. The early years of Cubism were centred on the graphic deconstruction of an object and its re-presentation from multiple viewpoints, typically in a limited, monochrome, grey or brown palette with a distinctive focus on still life motifs. In 1912, Braque introduced another component that would become distinctive to Cubism: typography – brandishing letters or words across his canvases.

As a woman artist in early 20th Century Paris, it would be easy to assume María Blanchard existed on the fringes of the Cubist movement, though this is in fact not the case. The Spanish painter was highly respected and thoroughly involved in pushing the boundaries of her artistic practice. As a gifted student, she left Madrid for Paris in 1909 to study at the Academie Vitti under Kees van Dongen, establishing a confident visual language in these early years before a brief return to Spain during the First World War.

On her return to Paris, Blanchard attracted the attention of her peers, and an encounter with fellow Spanish artist Juan Gris in 1915 was to propel her in the direction of abstraction, and she soon won the support of a patron in the form of the influential dealer Leonce Rosenberg. The year this work was painted, 1916, he secured her financial future, sometimes buying works in advance, allowing her to devote time to working in her studio – which she admits she did ‘slowly’.

Le Monogramme displays several of the primary concerns of Cubism to striking effect. Still life objects served as useful vehicles for the effective fragmentation of form. The striking distortion of perspective within the painting acts as an intriguing visual challenge for the viewer, whilst the inclusion of scraps of words within the composition adds another element of complexity to the scene. The result reveals Blanchard’s total mastery of the Cubist form.