Now a high-end staple, the signature swivel-faced Reverso, whose details are hidden on the back, is in fact a surprisingly recent innovation. Dating only to 1931, it came about after British customers in India found their watches liable to smash during fast-paced, roughhousing polo games. In response, Jacques-David LeCoultre, then owner of Swiss luxury watch and clock manufacturer LeCoultre, turned to another firm, Jaeger, to create a reversible case; in turn, it contracted French designer René-Alfred Chauvot to conceive it. The Frenchman patented the most ingenious answer to the polo players’ quandary: a timepiece whose face – then covered with glass, rather than the now-standard sapphire – could be turned toward the wrist using an embedded axis. Called reverso, Late Latin for “I turn myself around,” this simple solution was so successful that its originators merged into the firm now known as Jaeger-LeCoultre. In the 85 years since the first Reverso, the design has become  a watchmaking classic, earning a legion of illustrious fans including Britain’s King George VI, aviation pioneer Amelia Earhart (who wore a men’s model) and five-star US General Douglas MacArthur.

Jaeger-LeCoultre has always celebrated the Reverso’s landmark anniversaries, often leveraging the occasions to introduce new iterations. On the model’s 60th birthday, for instance, the firm debuted complications on both the watch’s back and its front; for its  80th, it launched an astonishing 7.2-millimetre Ultra Thin version. With this year marking  the Reverso’s 85th milestone, Jaeger-LeCoultre is streamlining its entire range and introducing several new models. Now, the Reverso is grouped into three core collections. The first, known as Classic, maintains the original Art Deco proportions, traditional black-and-white dials and steel backs for engraving. The second, dubbed Tribute, embodies Jaeger-LeCoultre’s tradition of innovation, with the first trio of models showcasing the firm’s exquisite watchmaking skills. With female customers comprising half of their clientele, the third core collection is exclusively for women. Called One, it also features three new models. (Collectors in search of earlier ladies’ styles will find an unusual yellow gold pendant Reverso with diamonds from around 2000 at Sotheby’s Important Watches sale in Geneva this autumn.)

In addition to reorganising its styles, Jaeger-LeCoultre has used this anniversary to formalise a longtime ad-hoc service: allowing buyers to customise key elements of their watches. Now known as Atelier Reverso, this programme includes a partnership with luxury shoe designer Christian Louboutin. “We didn’t want to be straightforward,” longtime Jaeger-LeCoultre executive Stéphane Belmont says  of the collaboration: “Not just adding some of his red colour on a strap, but creating something by playing with colours, ones that would shimmer on the straps and dials. We wanted to be surprising.” Indeed, Jaeger-LeCoultre’s continuing ability to surprise is what has fuelled the Reverso’s popularity for so long. “Even today, when you show people the Reverso for the first time,” Belmont enthuses, “they are always surprised to see there are two sides.  It’s a watch with a secret, and everyone wants  to know what’s behind it.”


Mark Ellwood is a contributing editor of Condé Nast Traveler and is a regular guest commentator on NBC’s Today show. 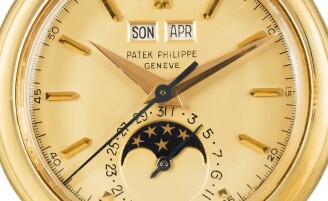