Sotheby's Presents 'A Musical Feast': Works from the Collection of Marina Picasso

The Collection of Marina Picasso


W hen he was at school, Picasso claimed, he used to misbehave in the classroom in order to get himself banished to a little room “with whitewashed walls and a bench to sit on. I liked it there, because I took along a sketchpad and drew incessantly… I was isolated and no one bothered me – drawing, drawing, drawing. I could have stayed there forever drawing without a stop.”

Picasso’s habit of drawing – something he did practically every day throughout his long career – underpinned all his artistic achievements, even the most radical, in every medium. The training that he received at art schools he attended in his native Spain – in Málaga, La Coruña and Barcelona – further emphasized traditional skills in drawing. At the academy in La Coruña, for example, he was taught to draw after plaster casts and also to make copies from the popular “cours de dessin” by Charles Bargue, a portfolio of drawings that was available to French and Spanish students alike at the end of the 19th century.

The present group of 42 unique works comes to auction from the personal collection of Pablo Picasso’s granddaughter, Marina, who inherited them upon his death in 1973. The group includes works on paper and sculpture Picasso made as a young artist in Paris, Cubist drawings from the 1910s, mature designs and a superb selection of unique ceramics. Titled A Musical Feast, the selection is themed around Picasso’s depictions of instruments, performers, dancers and musicians, bacchanalian figures, animals, banqueting and entertainment. The inspiration for the selection's title comes from Ernest Hemingway, who wrote:

“If you are lucky enough to have lived in Paris as a young man, then wherever you go for the rest of your life, it stays with you, for Paris is a moveable feast.”

The drawings in the Marina Picasso collection include early sketches and a wide variety of later works on paper that mark important stages in Picasso’s development as a mature artist. The rich variety of drawings allows us to trace the artist’s traditional and, at times, non-traditional use of drawing techniques and different materials, and to follow his working methods as his artistic approach evolved. Of special interest are a significant number of Cubist drawings, in which the complexities of representation and perspective are given new expression. Some of these works on paper relate to paintings, while others were done to elaborate ideas – including variations on still life compositions – or take them further in terms of inventiveness.

The other notable component of this collection is a substantial group of ceramics, which date from Picasso’s activity at the Madoura Pottery in Vallauris from the late 1940s to the artist’s last years. Like the drawings, these objects remained with Picasso all his life and, in this context, they held a special meaning for him. When he took up ceramics in earnest at Madoura, he discovered that working in fired clay offered him a new avenue of artistic experimentation, and, at the same time – like other aspects of his art in his later years – revived his identification with the Mediterranean region and its artistic traditions. Picasso not only used the familiar techniques of drawing, painting, printmaking and modeling that he used in other media, but he also experimented with mysteries of the ceramic process itself, in which aspects of the object, including its coloring, change when fired in the kiln. Ceramics also evoked memories of Picasso’s native Spain, and certain subjects such as the bullfight, are explored in fired clay with great wit, inventiveness and, it could be said, a sense of nostalgia.

– Adapted from an essay by Marilyn McCully 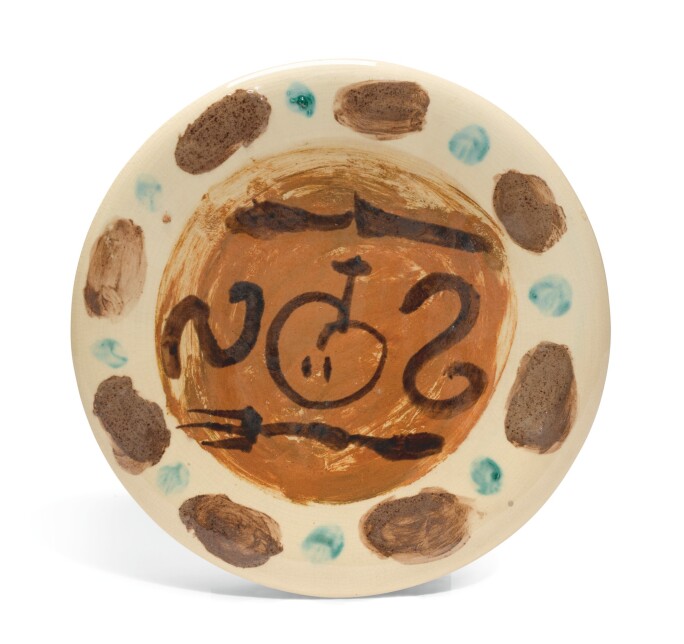 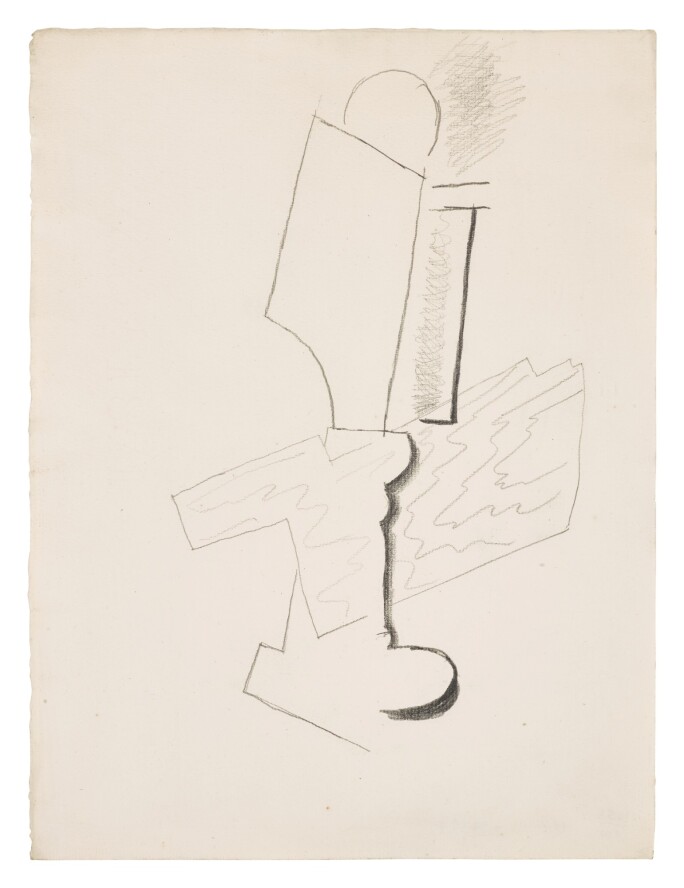 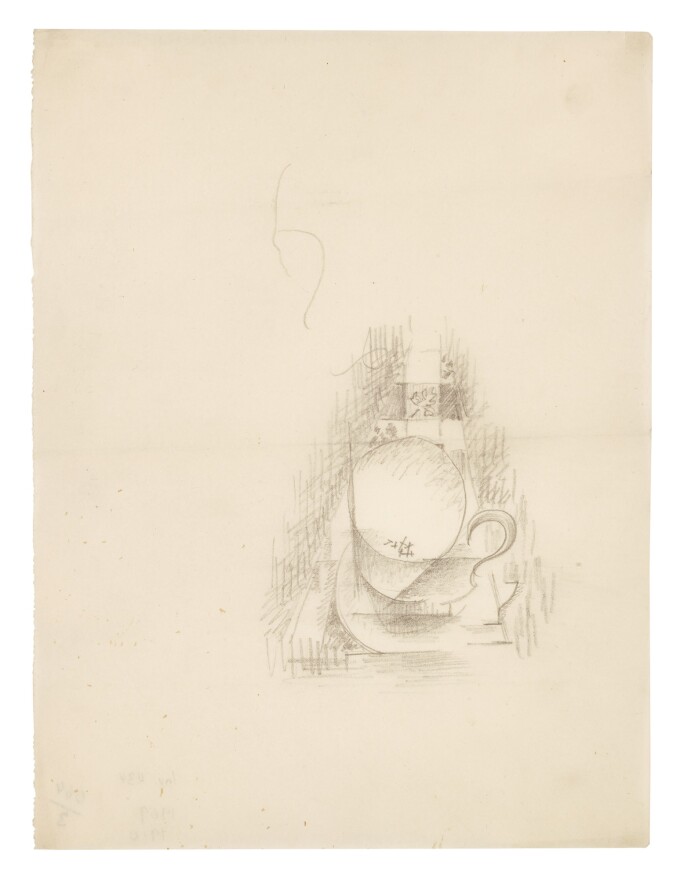 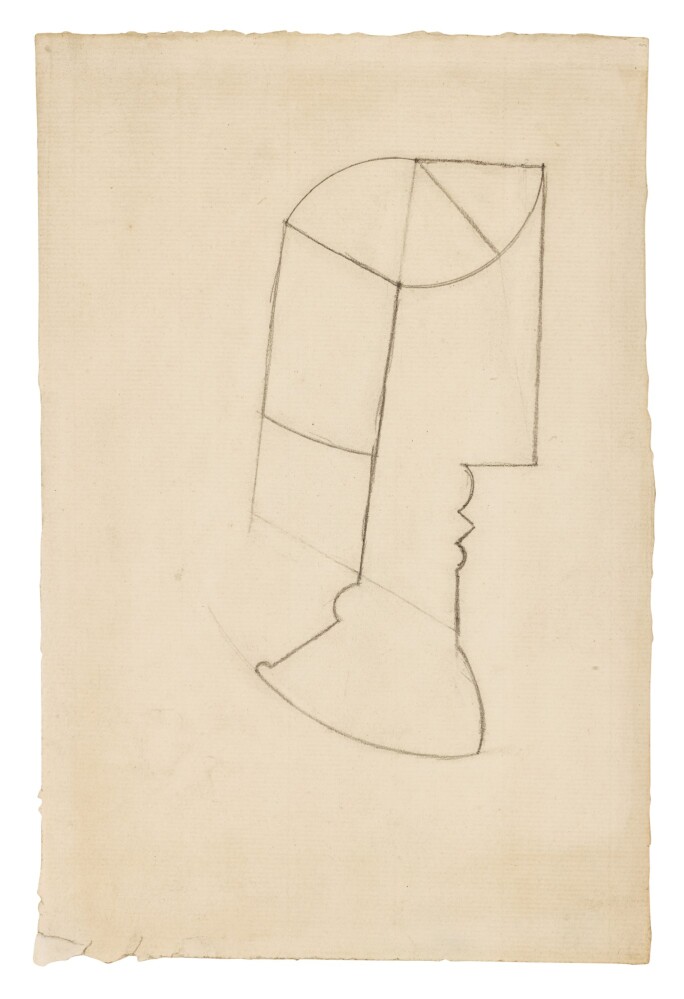 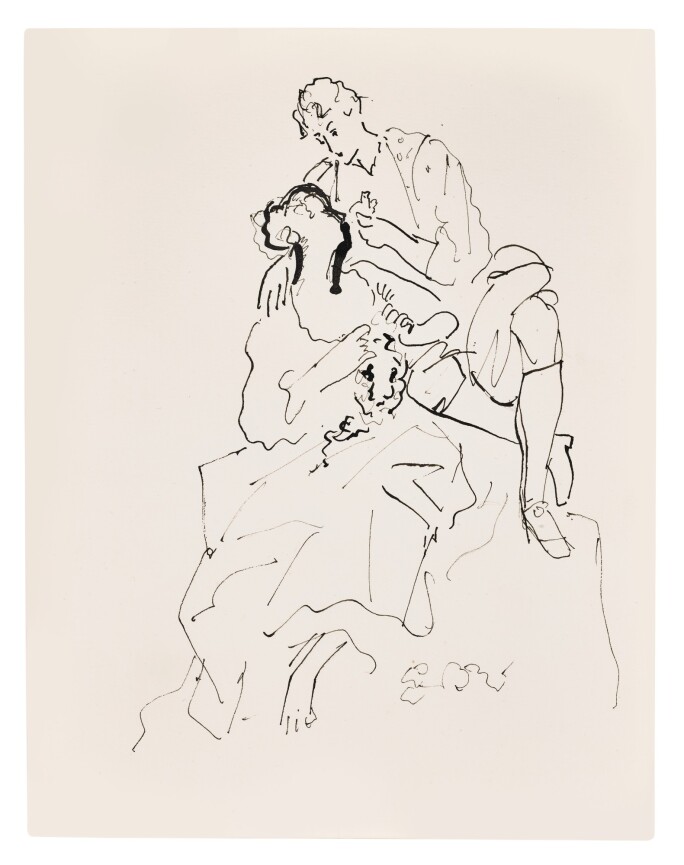 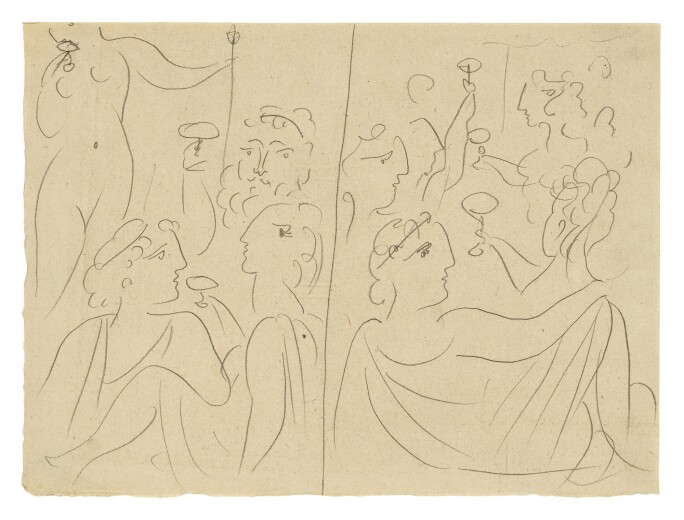 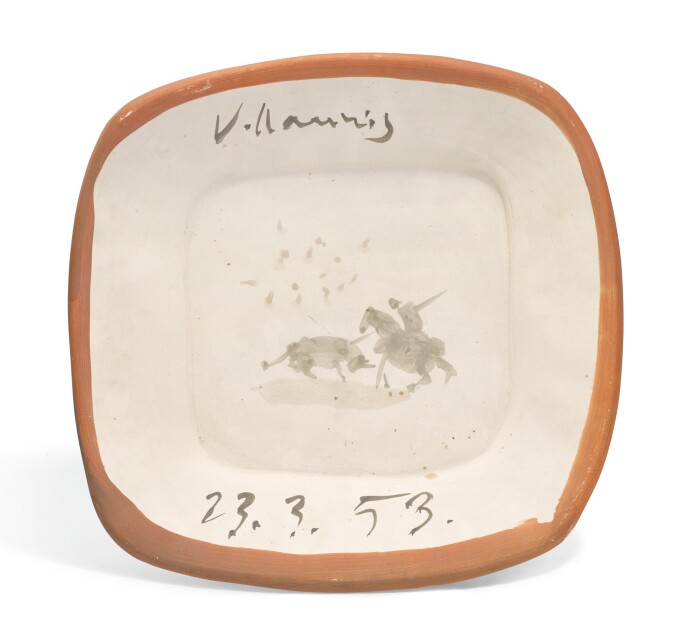 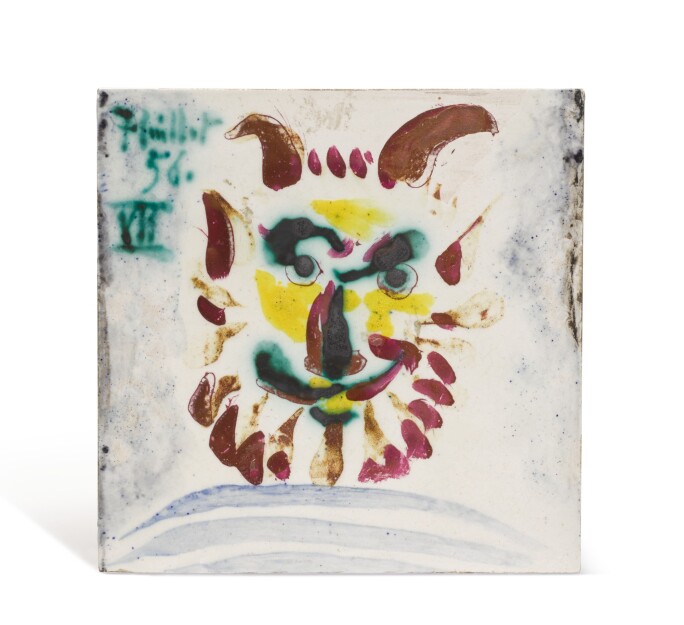 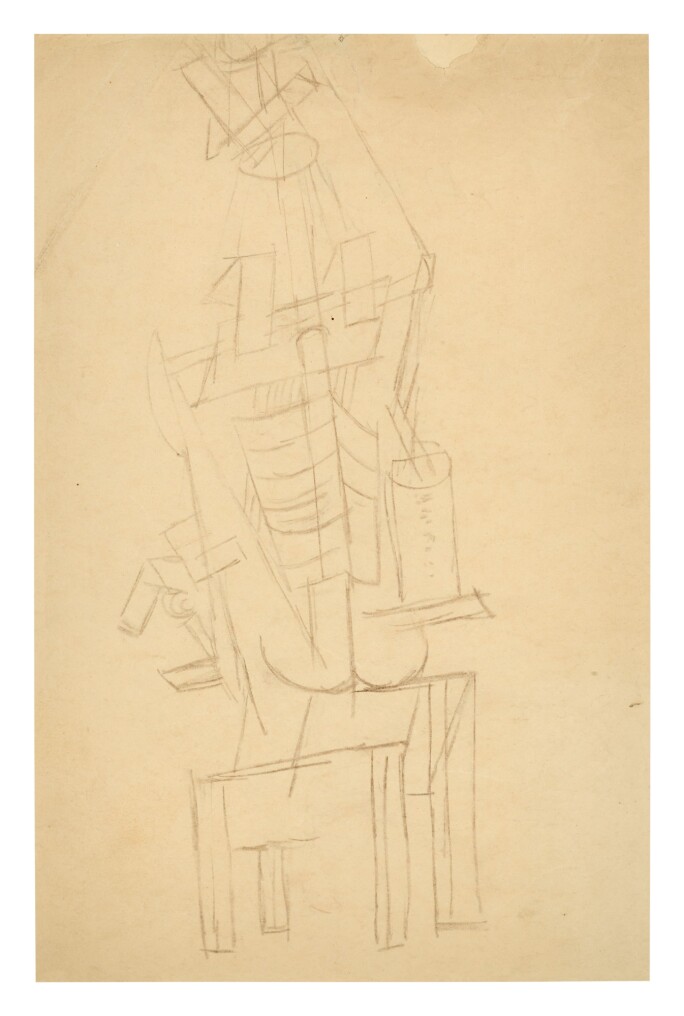 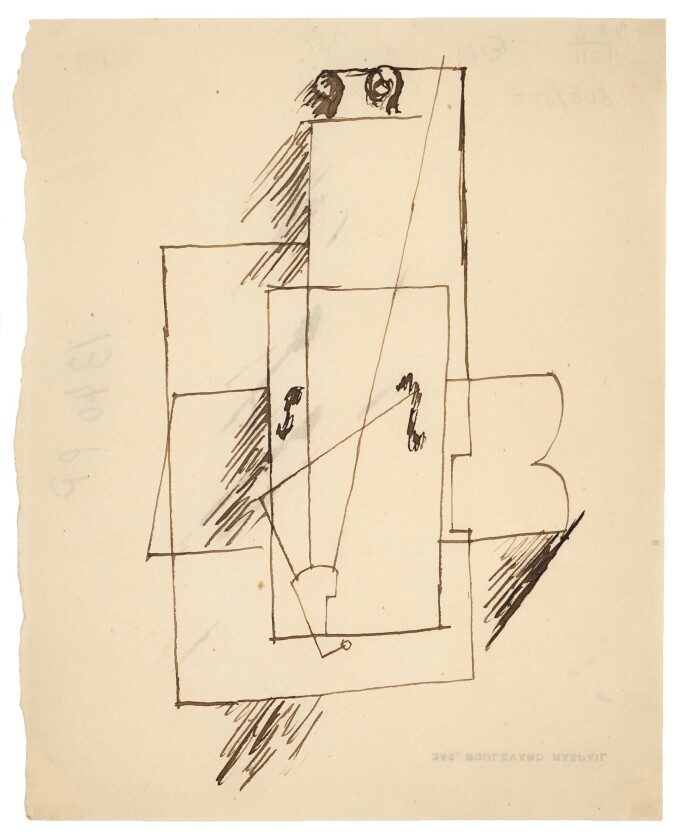 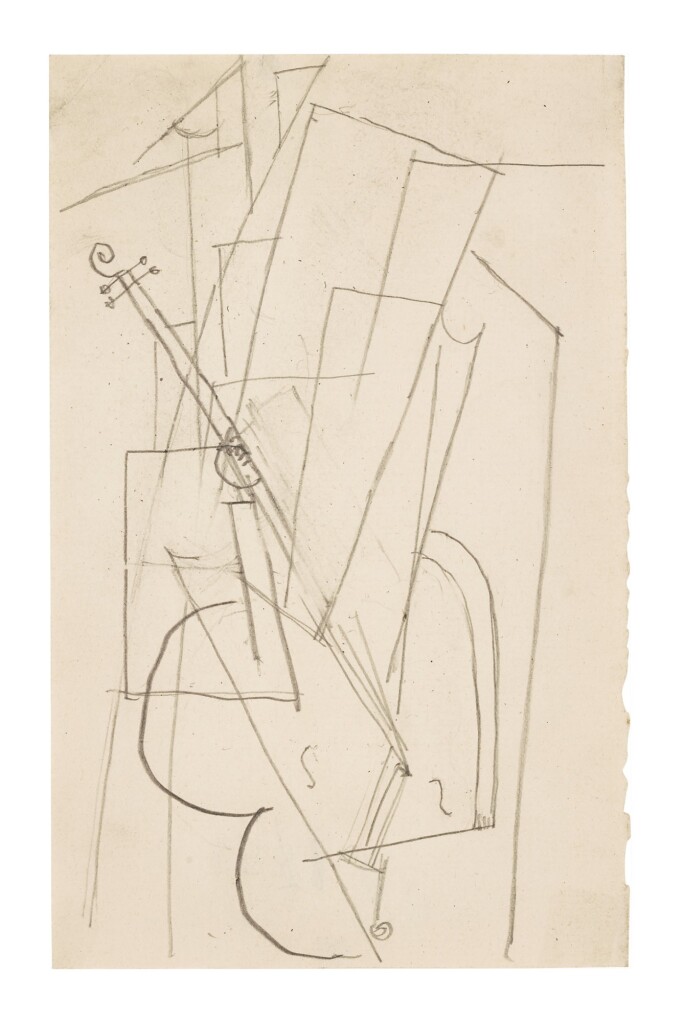 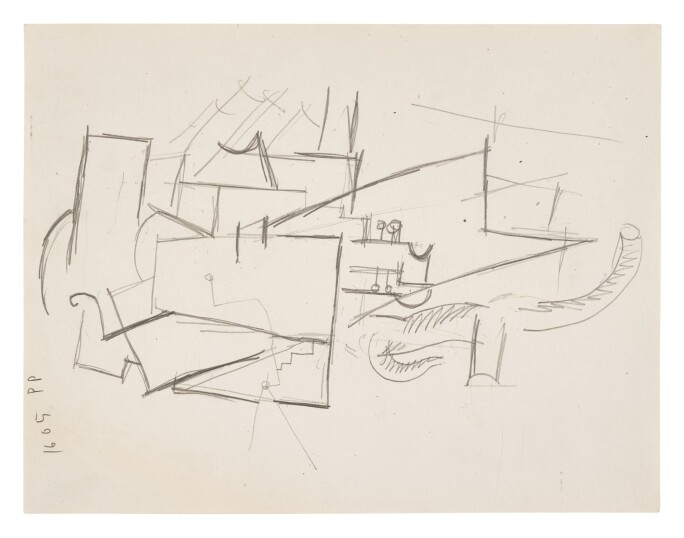 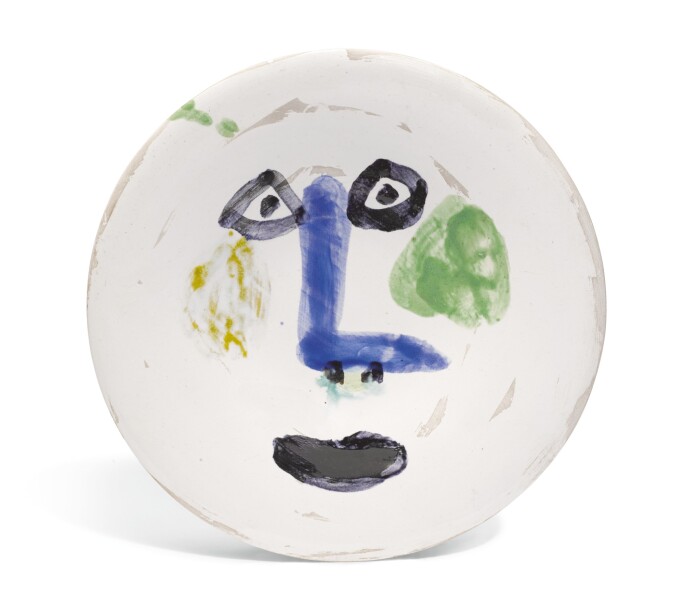 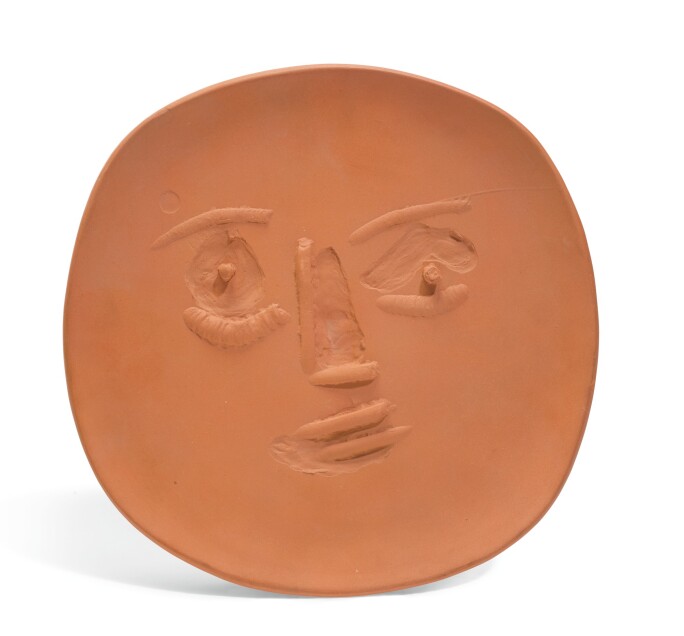 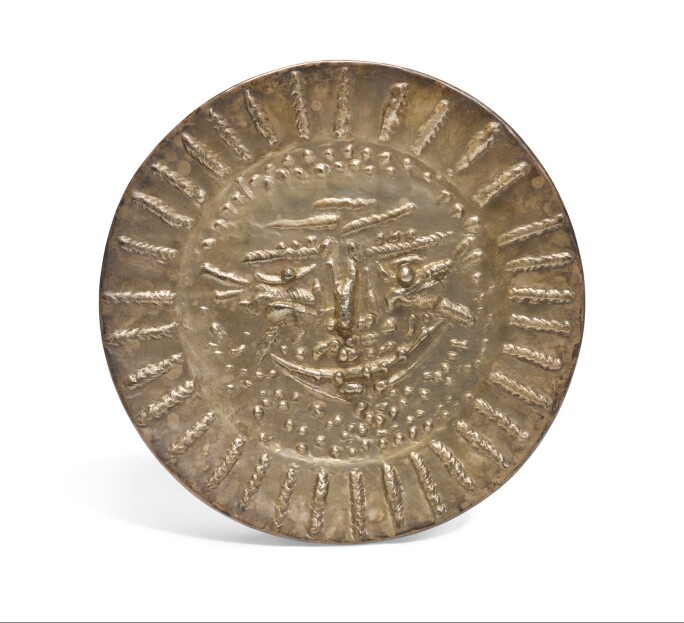 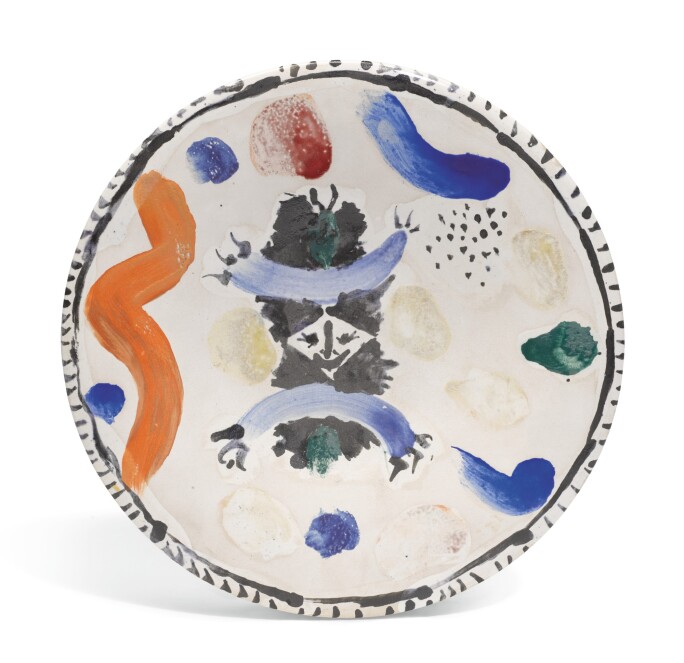 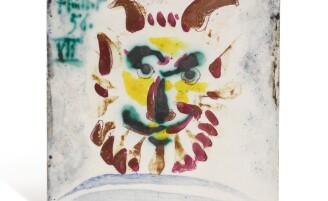