Nick Offerman Talks Woodworking, the Value of Craftsmanship and Americana

N EW YORK – Before Ron Swanson, there was Nick Offerman, the actor and woodworker. In fact, the beloved Parks and Recreation character's fondness for Shaker furniture and red meat is largely based on his real world counterpart – especially when it comes to that first bit. Offerman has spent a lifetime pursuing his passion for fine furniture and woodwork. In 2001, he opened the Offerman Woodshop in LA and has written several books on the subject, most recently Good Clean Fun. Today, he splits his time between the shop, which is run with a team of artisan-collaborators, acting and travelling as a humourist. Ahead of Sotheby’s Americana Week, we spoke with him about his design heroes, his deep respect for American craft, why it's worth buying quality furniture and his favourite pieces in the upcoming auction.

I think a lot of people, even your fans who know you through acting, don’t realize that woodworking is much more than your side job and has truly been a lifelong pursuit. How did you originally discover your passion for it?
It came about organically. I was raised using tools and learned from my family who all grew up on farms. In my late teens, I spent a summer framing houses and worked in the theatre program’s scene shop in college for wages. That led to a partial career building scenery for Chicago theatres in my twenties. When I moved to Los Angeles in my late twenties, I transitioned from scenery to decks and cabins in people’s yards, largely inspired by the likes of Frank Lloyd Wright and the Greene and Greene brothers, who were the masters of California Arts and Crafts architecture. Emulating their work took me into timber-frame construction and I realized one day as I was cutting a huge Mortise & Tenon joint that I had learned to build furniture on a very grand scale. And I said, “Oh man, if I shrink this down I could make a very dope table.”

What prompted you to open the Offerman Woodshop?
So many things I’ve had the good fortune to do were never my intention starting out. When I had that epiphany about furniture, I immediately started studying fine woodworking magazines and casting about for clients. I found a shop space pretty quickly and continued teaching myself for a number of years until I had learned a lot more and got pretty decent at it. It wasn’t until I got cast in Parks and Recreation that my acting work took enough of a bite out of my schedule that I decided to add collaborators at my shop.

I imagine working with collaborators inside the shop has been an interesting creative process for you.
It really is. It’s not dissimilar from my life working with small theatre companies or an independent film crew. Finding people who I enjoy and get along with, and working together in an effort to be paid too little to make things that are too beautiful.

Would you say now you’re a woodworker who acts or an actor with a woodworking shop? Or is it really split at this point?
I wouldn’t be the one to weigh in on it. I’m lucky enough that I get to do both of those things. I also write books and I tour as a humourist, and all of these things take up considerable chunks of my calendar. But to label myself, I would simply choose “lucky bastard.”

Is there something you’ve made at the shop or even throughout your life that you’re especially proud of?
There’s very little I’ve made that I’m not especially proud of – probably my two proudest achievements so far are my two canoes and my first ukulele. But I think the greatest thing I’ve ever made in wood is the walnut heart-shaped box with which I presented the ring to Megan [Mullally] when I proposed to her. It worked. It was my most effective piece of woodworking. 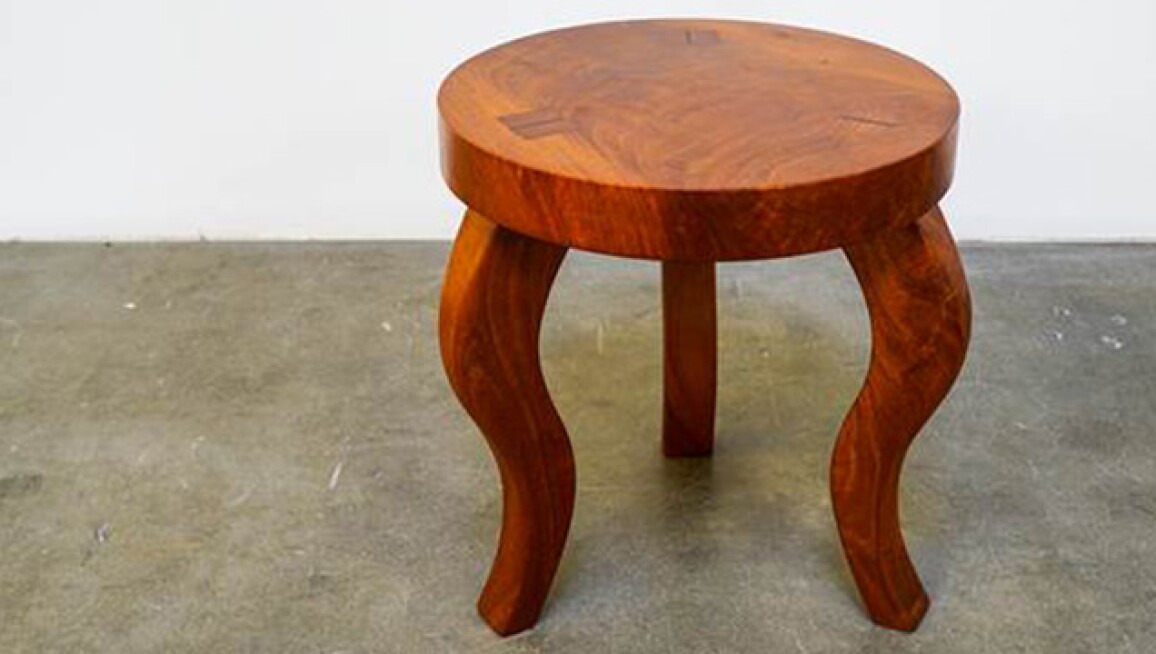 You mentioned writing. What inspired you to write your most recent book Good Clean Fun? And what do you hope people get out of it?
If allowed, I could write ten books about different aspects of woodworking and furniture history and boat building. I’m quite besotted with that subject matter. It was a combination of that, and I had grown a bit despondent because I had been spending too little time in my shop. I recognized that writing a book on woodworking would guarantee me some months of shop time, so I could tell my agents to leave me alone for awhile. There also had been a lot of requests from my readership for a woodworking book, as well as a lot of sort of misconceptions I wanted to clear up. Like a lot of people who are fans of Ron Swanson didn’t realize that I was actually a woodworker and fans who didn’t know that there are six woodworkers in my shop making everything. The book is not only a treatise on woodworking and a wonderful how to textbook, it’s also a prescription for a lifestyle in which making things with ones hands can bring a great deal of good health. It is a blast.

Do you have any woodworking heroes or inspirations?
I have a great many of them. In Good Clean Fun I feature eight master woodworkers who are heroes to me. There’s  Peter Galbert, who is a chairmaker and spoon carver I really admire. He’s kind of the Gandalf of American Windsor chairmaking these days. There’s a fellow in Maine named Christian Becksvoort who is the modern master of the Shaker style. The daughter of George Nakashima, Mira Nakashima, is still running the Nakashima studio in New Hope, Pennsylvania. To me, she is like the Meryl Streep of studio furniture.

Why do you think it’s important for people to have an appreciation for quality, handmade furniture? Aside from the material, what’s the difference between a well-designed, solid wood table and one you buy from a store like IKEA?
That’s a very big question. On a grand scale, it’s sort of a difference in life philosophy. To my way of thinking, it has a lot to do with my identifying myself as an American. By choosing lasting, handmade goods – particularly handmade by my fellow Americans – I’m very aware that I’m lending support to a more localized community. Say I pay somebody in my shop to make the dining table that I'm looking at right now. That will last for hundreds of years. It’s made with the utmost quality. So not only does that benefit my loved ones and me, but it also takes the place of several store bought tables that are not well made and will end up either in the landfill or on the side of the road. The repercussions of that kind of choice go deeply into several arenas. It’s good conservation-minded living and it supports a communal economy. There’s a fellow named Peter Korn who runs a woodworking school in Maine and he has a great book called Why We Make Things and Why It Matters. He says some really neat things about why when you choose a handmade, well-crafted object of any sort, you’re not only choosing a leather belt that will last you for the rest of your life, you’re announcing to yourself and those around you that you’re choosing to curate your life in an individual, almost anarchistic way.

To discover which pieces from Important Americana caught Nick Offerman's eye, click below. 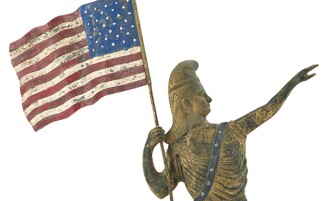