I n his catalogue note for The Hoarder sale, Kenny Schachter writes: "For 15 years living in London my office had no windows, and I didn’t miss them; surrounded by art (and a car under my desk) was better than a day spent in the countryside." Now, as he moves to a new home in New York and faces space limitations, the collector and artist is selling some of the collection that has provided him with so much joy in London. Offering pieces by some of the contemporary art world's most renowned names like Carsten Höller, Toby Mott and Zaha Hadid with no reserve, Schachter hopes that the sale will ignite a spark in new buyers beginning their collections.

Is there one single piece that ignited your passion for collecting art?

What piece of advice would you give to someone starting out as a collector?

"Art is a slow burning process, take your time. There will always be great things available. Start small, say under $1,000; you’d be surprised of the wealth of opportunities (some even in my Hoarder sale!)."

What is the ultimate difference between hoarding and collecting? When does one become the other?

"I am a collector, and a lover of art above all else. The hoarder is tongue and cheek; when you become a collector-collector, nothing will stop you, including the lack of funds! There’s always a way."

As a curator, you have worked with numerous artists and cultural figures over the years. What was your most exciting collaboration or challenge?

"Vito Acconci, Zaha Hadid and Rachel Harrison: great things/people often come wrapped in difficult to open packages! Those three visionaries are among the most maddening and beautiful people I’ve known."

As well as art you collect cars. Both must be exciting, but which gives you the biggest kick?

"I love the art in cars (industrial design), more than the automotive/mechanical elements. Though art saves my life again and again and imbues it with meaning. I’d take the car to go an buy some more art."

The Hoarder Sale includes works from artists such as Carsten Höller, Thomas Hirschhorn, Kim Gordon, Ayan Farah and Israel Lund – and there are many great works at accessible price points. Is it important to you to collect work from new and established artists alike?

"Most importantly, though some have ridiculed me for having no reserves, I think it is the most radical gesture to make art truly accessible to those who might not otherwise be able to afford it, but will cherish it at least as much as me if not more. I have no hierarchies to my democratic collecting habits and don’t differentiate between a poster, print, painting or sculpture (or car or lamp or chair). Neither do I discriminate among age groups, gender, sexual inclinations, or career status. I am an equal opportunity embracer of all things art."

After the Hoarder Sale, what will Kenny Schachter turn his attention to? Are there any current projects you can share with us?

"I am giving the keynote speech at Talking Galleries in Barcelona on 20 January, and curating shows at Nino Meir Gallery in LA in January/February and Maruani Mercier in the Spring. Most importantly (for me!) I’m having a solo show at Blum & Poe in Tokyo also in the Spring of 2020, which I am most excited for." 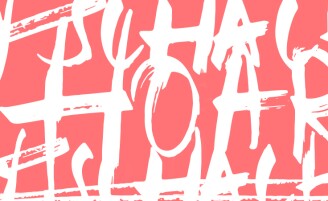