It's Gotta Have Heat: The Collecting Principles of David Teiger

D istinguished by his remarkable generosity, unfailing politeness and meticulous eye, David Teiger was one of the great patrons and collectors. Driven by a desire for inspiration and buttressed by meticulous research, Teiger built a collection that perfectly captures the zeitgeist of the art world from the 1990s through the 2000s. Defining excellence in a wide variety of collecting categories, Teiger insistently pursued the very best. He surrounded himself with artists and dealers, but most importantly museum curators, and would take advice from all quarters, relentlessly searching for the best works available, but ultimately with confidence in his own judgement.

The criteria by which Teiger collected were remarkably consistent, and were summed up in a quote he gave to The New York Times in 1998, when he first began acquiring Contemporary artworks. He said: “I’m looking to be inspired, motivated, titillated by art. I want to be surrounded by objects that give me positive energy… Of course I want first rate pieces. I look for authenticity, integrity, original natural surface and a strong sense of color and texture. But the most important thing is that I react in my gut.” (David Teiger, quoted in: The New York Times, October 30, 1998) Years later the terminology changed but the requirements remained the same; for all his meticulous research and careful consideration of every purchase, Teiger still required that an item “have heat,” an intrinsic quality that would combine with other criteria such as “best of type,” “great craft” and “powerful presence” to qualify a work for admission to Teiger’s collection.

Amassed over the course of twenty years, the David Teiger Collection is wide ranging in its scope, comprising a spectacular array of Contemporary artworks, from paintings and works on paper to photographs and prints, and one of the greatest collections of American Folk Art in private hands. Famously exacting, each purchase would necessitate an extraordinary depth of research, often including multiple studio visits. As he remarked in an interview with his friend Alanna Heiss, the then director of MoMA PS1, in 2005, “you can never get enough information,” while friends and those who worked with him spoke of his relentless pursuit of perfection.

The result of this exacting approach was that Teiger developed a remarkably discerning and prescient eye, leading him to patronize a number of hugely influential Contemporary artists at the start of their careers, including Mark Grotjahn, Kai Althoff, Chris Ofili and Glenn Brown. This patronage would have been hugely important to them, not only financially, but in terms of the confidence it would have given them to know that their work was going to a very astute collector. As Alanna Heiss put it to Teiger himself, “you are very respected and loved by artists… [they] love to know that they are in your collection”.

This is not to say however that Teiger’s collecting was confined to identifying artistic frontrunners. He was a great believer in the potential for the rediscovery of an artist. The depth and quality of his collection of works by John Wesley for instance, an artist who started his career alongside Tom Wesselmann and James Rosenquist without ever receiving the same degree of acclaim that his peers enjoyed, speaks to Teiger’s belief in the underlying quality of the artist, despite his comparative critical and commercial anonymity. 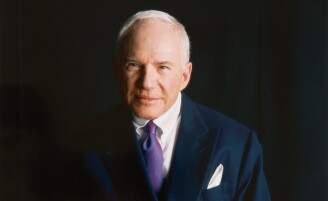 The History of Now: The Collection of David Teiger

Another definitive aspect of Teiger’s life was the enormous generosity towards institutions. Museums were privileged to know that they could always ask to borrow pieces from the collection, and donations were consistently made to acquisition funds and curatorial initiatives, most notably to the Museum of Modern Art in New York, where Teiger was an honorary trustee, but also the Solomon R. Guggenheim Museum, the Hammer Museum, The Museum of Contemporary Art Los Angeles, and the Whitney Museum of American Art, among others.

This preoccupation with artistic institutions was in large part owing to the immense respect that Teiger had for curators, to whom he attributed the power to narrate and determine the story of an artist or movement. He saw it as his duty to ensure that they had all the tools necessary to realize their aims. Duly, a principle objective of Teiger Foundation, which will be the recipient of all funds generated by the sale of the Collection, is to continue Teiger’s initiatives in this direction.

The works in the November Contemporary Art Evening and Day auctions reveal David Teiger as an astute collector with a prescient eye. Many of these works were acquired the year of or soon after the date of execution, further underscoring the collection’s pristine provenance. David Teiger demonstrated a keen interest in figuration, exemplified by the works by John Currin, Dana Schutz, Elizabeth Peyton, and Marlene Dumas. With its clues to eyes, snout, and toothy grin embedded in the artist’s iconic abstract lexicon, Mark Grotjahn’s Untitled (Black over Red Orange “Mean as a Snake” Face 842) bridges this core focus on the figurative with David Teiger’s early interest in postwar American Abstraction. The sublime paintings by Richard Diebenkorn and Willem de Kooning embody the aesthetic shift occurring in the latter half of the twentieth century, as artists collapsed landscape into kaleidoscopic abstractions of line, color and form. Alongside these artists are some of the frontrunners Teiger collected ahead of the market, such as Raymond Pettibon, John Wesley, and Ugo Rondinone.

Complemented by international artists such as Glenn Brown, Beatriz Milhazes, and Takashi Murakami, among others, the selection of works presented in this November’s Evening Auction speak to a worldly collector seeking to understand and examine Contemporary Art from every possible angle. 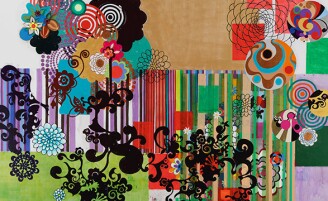 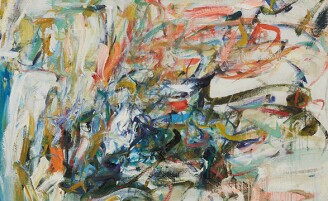