Groundbreaking: An Interview with John Kaldor

F or more than 50 years, John Kaldor has been recognized as one of Australia’s most passionate collectors, patrons and supporters of Contemporary art. Through his nonprofit organization, Kaldor Public Art Projects, Kaldor has been integral in bringing innovative and inspiring public art installations to the Australian public for decades. In the lead-up to our 19 November 2021 Contemporary Art Day Sale, Sotheby’s connects with Kaldor to discuss his introduction to Contemporary art in the 1960s, what it’s like to see Kaldor Public Art Projects come to life and how he envisions the shift to digital art experiences.

SOTHEBY'S: Tell us about your introduction to Contemporary art. What kind of exposure did you have in Sydney to the major Western artistic movements and beyond?

JOHN KALDOR: You have to put yourself into an Australian context, in the 1960s and even the 1970s Australia was very isolated when it came to Contemporary art. There were very few exhibitions coming to Australia and very few international artists travelling- it was very insular. I had the good fortune of travelling on business to New York, London, Paris and Milan and had the opportunity to visit galleries and museums. In the 1960s, there were very few Contemporary galleries- even in these cities we now consider artistic hubs. I started to collect Contemporary art in 1963 or 1964 and after a few years, I realized that collecting is an incredible privilege but when you have these works at home you only share them with your family and friends. The Australian public had very little concept of what was going on in Contemporary art so I thought, ‘wouldn’t it be great to share my love of art with the wider public?’ So that is how Kaldor Public Art Projects started. I found that the scale of what is possible in the public arena is much different than what you can hang on your walls and adds a completely different dimension.

SOTHEBY'S: What was the first work of art that you acquired?

JOHN KALDOR: For several years I collected exclusively from Ileana Sonnabend’s Paris gallery- I believe the first would have been Robert Rauschenberg’s Dylaby. Ileana had it sitting on a shelf behind her desk and each time I visited her in Paris, I was absolutely fascinated by it. In the end, I bought it and subsequently donated it to the Art Gallery of New South Wales but for a long, long time it was in my home.

SOTHEBY'S: What does it mean to you to be a ‘collector’?

JOHN KALDOR: I think of collecting as a way in which to share the artistic process with an artist. A work of art is obviously an object in itself but to me it is much more than just that in a way, it’s an entry to the artist’s creative process, the artist’s thinking. Whenever I could, I always collected artists in depth so my collecting has been a continuous process that has allowed me, in most cases, to meet the artists themselves. This part of collecting has always remained very important to me.

SOTHEBY'S: Take us back to the beginning of Kaldor Public Art Projects. What inspired you to dedicate yourself not just to building a personal collection, but to building a legacy of public art projects?

JOHN KALDOR: We only realized very much later that we are, in fact, the first continuous public art organization with Christo and Jeanne-Claude’s Wrapped Coast, One Million Square Feet, Little Bay, Sydney, Australia in 1968/1969. Wrapped Coast had a huge impact on me and quite literally changed my life. Fortunately, we had the gods of art looking down on us as we were all beginners. As the project coordinator, I was an amateur and this was Christo and Jeanne-Claude’s first major outdoor piece. Over four weeks, we wrapped one and a half miles of the Little Bay coast and cliffs near Sydney and it was all trial and error. Later on, Christo and Jeanne-Claude had engineers and environmentalists advising on their projects, but we just did it as we went along and in the end we were very lucky, we succeeded. The success of this project gave me the courage and the excitement to continue with the projects.

JOHN KALDOR: One of the hallmarks of our projects is that they are all temporary so you are able to do things which would never be possible with permanent installations. The permissions required for permanent projects are much more complex and thus limit the creative possibilities for artists. One of the exceptions is Project 10, the Jeff Koons Puppy, which we built and showed for 3 months at the Museum of Contemporary Art in Sydney before it was shipped to its permanent home guarding the Guggenheim Museum Bilbao. 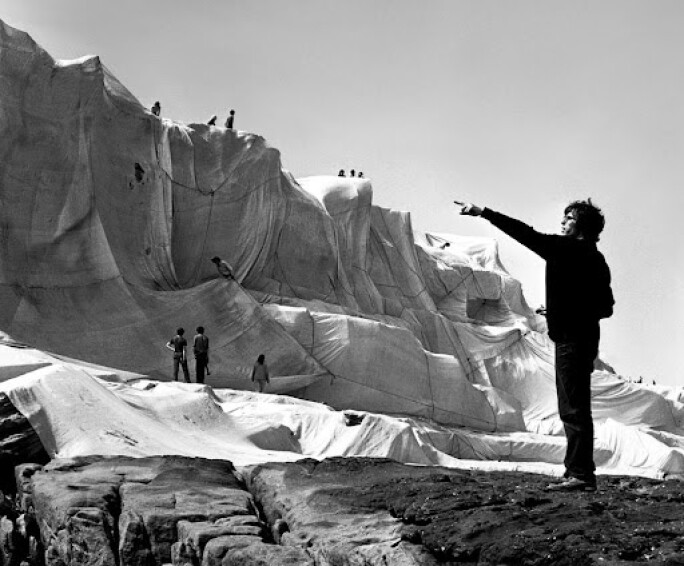 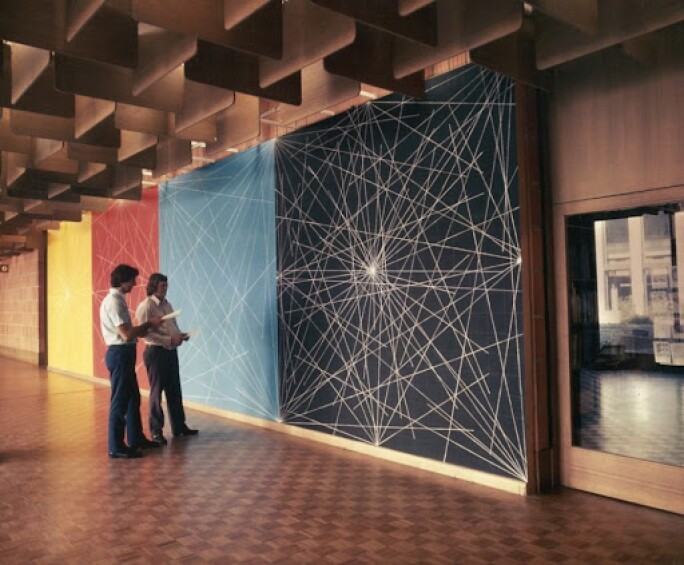 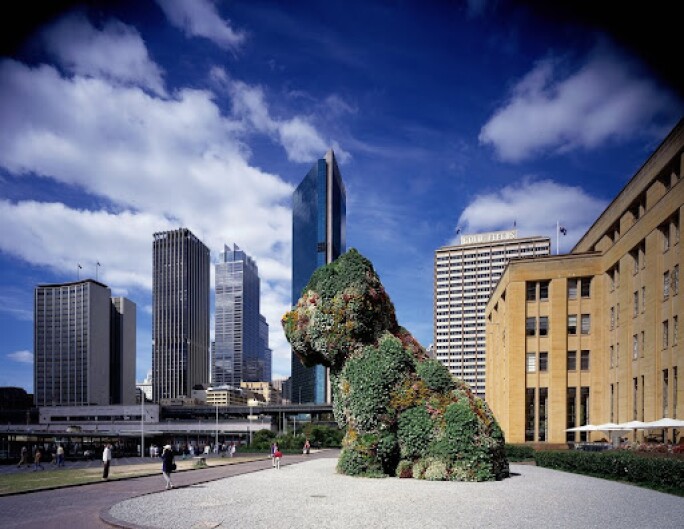 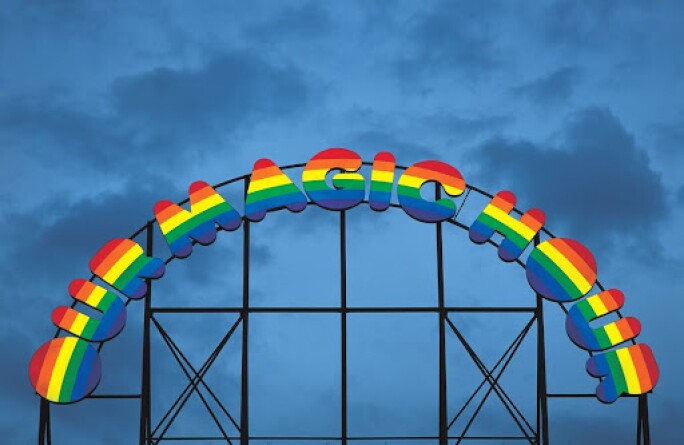 SOTHEBY'S: Is it possible to choose a favorite project?

JOHN KALDOR: You know, it’s like asking a parent which child is their favorite. You never know whether a project will succeed until you open it to the public and then very quickly you come to realize, ‘well this is wonderful- it’s working’ or ‘yes, this is just okay.’ It has been incredibly fulfilling to see each of our 36 projects come to fruition. Of course we have people coming to the projects who have followed art and who knew about the artists we were working with but the majority of people really just stumbled upon our projects. They will say, ‘wow, what is this?’ and we will say, ‘well, this is art!’ Our team has always emphasized educational programs to go alongside each of the projects, which helped to open people’s eyes to what art could be.

SOTHEBY'S: How do you perceive the next generation of public art?

JOHN KALDOR: Throughout the pandemic, Australia has really been very strict so we have had to reimagine the landscape of what is possible for Kaldor Public Art Projects. At the beginning of our lockdown we did a digital project, do it (australia), with Hans Ulrich Obrist from the Serpentine in London. The project was really very successful as it allowed us to reach people not just in Sydney or Melbourne but internationally. However, I think there is no substitute for physical projects but I do see the possibility for digital supplements to our physical projects. In addition to what I do, there are many great organizations around the world – including Public Art Fund in New York and Artangel in London – who do an excellent job in finding new avenues in the public art space.

SOTHEBY'S: Do you consider yourself an artist?

JOHN KALDOR: No, not an artist and not necessarily a curator. Well, I do curate projects and produce them, as well, but for 50 years I have never considered my title so I am not going to worry about it now!