“I n a quick turn of her head… there is a manifestation of what Hollywood cannot destroy. In the presence of this mystery all that is second-rate can be forgotten,” said Cecil Beaton of Greta Garbo, whose letters feature in the English Literature, History, Children’s Books & Illustrations sale in London on 11 & 12 December.

Clare Boothe Luce described Garbo as, “A deer in the body of a woman…” Bette Davis said of Garbo that, “Her instinct, her mastery over the machine, was pure witchcraft…I only know that no one else so effectively worked in front of a camera.” Voted the most beautiful woman in the world by The Guinness Book  Of Records in 1950, Sven Broman, author of Conversations with Greta Garbo, commented that, “Garbo’s face was considered by American photographic experts to be unique: it was quite perfect. The distance between her eyes, the height of her forehead, her mouth, her whole creation, was divine.”

In fact, that was what the French called her: La Divine. Kenneth Tynan oozed, ''What when drunk one sees in other women, one sees in Garbo sober.'' Garbo - always Miss Garbo, never Greta - was ‘the Swedish sphinx’, projecting, as Tennessee Williams noted, ‘the cold quality of a mermaid.’ Loathing reporters, strangers and anyone who called her Greta, Garbo required privacy because, “I feel able to express myself only through my roles, not in words, and that is why I try to avoid talking to the press… The creative artist should be a rare and solitary spirit. My work absorbs me. I have time for nothing else.”

Like Jackie Onassis, Thomas Pynchon or Howard Hughes, eschewing publicity gave her more of it. Her mythical status rose and remains - even after disappearing from the public eye in 1941, a vanishing act that lasted for almost 50 years. Until her death in 1990, Garbo lived alone in Manhattan, never marrying or having children. Throughout her life, she refused interviews, autographs, premieres and fan mail. She once admitted that she didn’t respond to a dinner invitation from Gloria Swanson because, she said, “There was no one to make me.”

Roland Barthes wrote that Garbo was less a person and more of an idea - a conjured image that could enslave millions of cinema goers. The essence of Hollywood’s Golden Age, Garbo was stunning, glamorous and a total mystery. In the days of the studio system, Garbo’s world was carefully cultured by MGM, the only studio she worked for during her entire American career. Her face spoke volumes - and when the talkies came, her heavy Swedish accent made her even more popular. In a career that spanned only 19 years and 27 films, she earned an unheard of quarter of a million per film. It is thought that Garbo’s movie career earned her $3 million. That, invested cunningly (particularly in Manhattan property), gave her financial freedom. She hated spending money: it is said she’d return magazines if they had no mention of her. It is fact that her will left out many who were certain they’d benefit.

Garbo, although silent at uncomfortable dinner parties (when she bothered to show up) yet talkative with friends, was fond of writing letters. On her frequent trips home, Garbo would visit Countess Hörke Wachtmeister, whom she’d been introduced to through a prince. The 36 letters written to the Countess that are featured in the Sotheby’s sale are material memories of the inner world of one of Hollywood’s most mysterious stars.

At the countess’s castle, Garbo was free to be herself. Alexander Walker opined, “Garbo has a great length of leg between kneecap and pelvis, and it gives her movements a poston-like quality, a steely directness … she cannot take six steps without making it look like the start of a hike.” Her stays at Hörke’s castle were ideal for fun in the great outdoors and wearing men’s clothing. While Hörke was a friend, “[t]he nature of Garbo's sexuality has always been debated,” said the New York Times in 2000, “because for more than 20 years she communicated an electric and ambiguous sexuality that riveted moviegoers and a larger public… She frequently referred to herself as a boy in public and favoured mannish clothes, especially trousers….Barry Paris [a biographer], wrote, 'Garbo liked to confuse people, or at least not clear up their confusion, and mysteriousness was both instinctive to her, inside, and part of everyone's projections, outside’.”

That we may never know the truth is part of Garbo’s genius. Born Greta Lovisa Gustafson in Stockholm on 18 September 1905, Garbo grew up impoverished, in a house so small that her sister and she had to sleep in the kitchen. Modelling hats led to theatre and film, and a discovery by the MGM ‘factory’, where, coming to America in 1935, her hairline was straightened and her teeth fixed, eyebrows reshaped and body streamlined by 33lbs by eating nothing but spinach for three weeks. She maintained a strict diet for the rest of her career. By 1930, she was the silver screen’s most popular star.

In the 1932 star ensemble drama Grand Hotel, Garbo delivered her most famous line, “I want to be alone”. Voted the 30th most memorable movie quote of all time by the American Film Institute, that snatch of dialogue underlined her need for control. For her close-ups, she insisted on no set visitors. ''When people are watching, I'm just a woman making faces for the camera. It destroys the illusion… If I am by myself, my face will do things I cannot do with it otherwise.’'

Garbo is still the indelible icon. Her image on the big screen, seen by generation after generation, remains eternal, young and perfect. Ever the ineffable celebrity, it is said when strangers guessed her identity, she would simply put her index finger to her mouth and say, “Shhh."

A collection of 36 letters written by Greta Garbo, together with a group of more than 100 photographs, feature in the English Literature, History, Children’s Books & Illustrations sale in London on 11 & 12 December.

Sotheby’s is the privileged guardian of the Cecil Beaton Studio Archive, which includes over 100,000 negatives and 9,000 vintage prints from the photographer’s personal collection. For further information email joanna.ling@sothebys.com 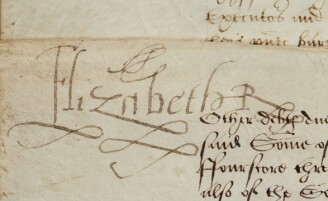