Eye on the Prize: Jean-Michel Basquiat

A masterwork by the one of the 20th century's most important artists will lead the upcoming Contemporary Art Evening Auction on 8 March at Sotheby's in London. Jean-Michel Basquiat's Untitled (One Eyed Man or Xerox Face) is a hugely significant work from a period of transformed artistic practice, which the artist declared the most fruitful of his career. When recalling the year 1982, Basquiat declared: "I made the best paintings ever." This marked the point when Basquiat's star had fully risen. Six solo exhibitions in the US and inclusion in dOCUMENTA 7 in Kassel reinforced not only his popularity in the America that had nurtured his career, but signalled a new period of global recognition. It is the first time this work has appeared at auction since 1987, a year before the artist's death.

Basquiat's graphic, energetic style sent shockwaves through the art establishment, in which street art had only previously existed on the periphery. Despite this seemingly maverick approach, Basquiat frequently drew on  art history, and was deeply influenced by Picasso – evident in his configuration of shape and form, and his confident use of colour and abstraction. This painting uses collage to further tell the story of his protagonist, and he conceals nothing about the materials he uses: Xerox Face is a direct reference to the collage technique that he used to great effect in many of his works.

Compositionally, Basquiat's subjects were often isolated figures concentrated in the centre of the painting. Depicted through gestural brushstrokes and vivid colour, the canvas is charged with movement, demonstrating his performative method of applying materials to the painting’s surface. In this work, the lone figure is adorned with a halo, subverting traditional religious iconography and alluding to a form of worship, fascinated as he was by the cult of celebrity. Black sports figures of the time such as Muhammed Ali were revered against the backdrop of racial tensions in America, and Basquiat frequently explored this tension. Along with the halo and crown motifs, the raised fist – a nod to the Black Panther salute – made several appearances in Basquiat's work.

Alex Branczik, Head of Contemporary Art, Sotheby's Europe explains: "The hero figures in Basquiat's paintings refer to the stars of sporting, musical and artistic worlds who, thanks to their extraordinary talents, transcended their social status to become the nation's icons. Painted with their arms held aloft and wearing a crown of thorns they also reflect Basquiat’s own dramatic ascent from street artist to gallery sensation, and to his present status as one of the most valuable and talked about artists in the world."


Despite wide critical acclaim for the artist's work, there are currently no Basquiat paintings in public collections in the United Kingdom. Later on this year, a major retrospective will open at the Barbican in London, showcasing more than 100 works – many of which have never been seen in the UK. Untitled (One Eyed Man or Xerox Face) is one of Basquiat's greatest full-length figures, and its appearance at auction is a rare opportunity to experience the scale and dynamism of Basquiat's finest hour. 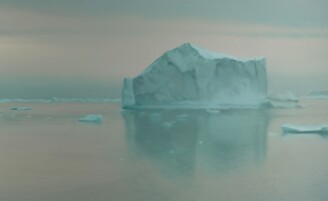