Early Photographs of the Annual Pilgrimage to Mecca

If we needed proof that the digital age will never replace the ultimate role of the print and photographic industries, the items coming up in Travel, Atlases, Maps and Natural History (London, 15 May) are exactly that. Following the highly successful Hajj exhibition first at the British Museum in London, and then in an exhibition space near the Grand Mosque in Abu Dhabi, ever-increasing numbers of collectors and book lovers are taking an interest in material about Mecca and the Hajj.

Sothebys Senior Specialist of Books and Manuscripts Richard Fattorini said:  "Important early photographs and photobooks of Mecca are highlights of Sotheby’s Travel sale in London on 15 May. Among these is a very rare group of original photographs by the first Meccan photographer Abd Al-Ghaffar taken in the 1880s, which show panoramic views of the city of Mecca, the Ka’bah, pilgrim tents, and the earliest known photograph of the Egyptian Mahmal in Mecca.

Abd al-Ghaffar was a doctor who lived and worked in Mecca and was taught photography by the Dutch scholar Snouck Hurgronje (1857-1936), who was a convert to Islam. Snouck Hurgronje stayed as a guest in the doctor’s house in Mecca from February to July 1885, during which time he taught photography to his host. This encounter led to the current existence of a number of photographs that today create an exceptional personal archive and offer a historical record of importance to posterity.

The sale also features rare photobooks produced in 1888 and 1889 by Snouck Hurgronje using photographs taken by Abd al-Ghaffar, and a collection of 33 fine photographs of the Hajj taken in the 1930s. For those with an interest in the heritage of Islam and of the region, this is a rare opportunity" 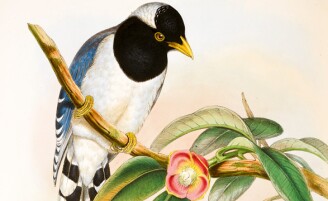