By Sotheby's
Cy Twombly’s Death of Giuliano de Medici is a highlight of the Contemporary Art Day Auction on 17 May in New York.

C y Twombly relocated to Rome in 1957 following a number of trips to Italy, including with Robert Rauschenberg five years earlier. While his peers in New York garnered a lot of attention to the scene of their immediate surroundings, Twombly looked to the history of the great Mediterranean cultures. If Pop art and Minimalism were a rejection of narrative artmaking, Twombly was opening himself to the opposite, immersing himself in the rich history of his newly-adopted home in Italy.

1962 saw Twombly turn to a new thematic preoccupation in a series of works concerning fallen heroes across time. In Death of Giuliano de Medici we find a reference to the 1478 Pazzi conspiracy in which the eponymous hero was stabbed nineteen times in front of 10,000 onlookers attending Easter Sunday mass. Targeted at both Giuliano and Lorenzo de Medici, it was just Giuliano who died, bleeding to death on the floor of the cathedral. Though carried out by Francesco de’ Pazzi and Bernardo Baroncelli, the henchmen were in fact instruments of Pope Sixtus IV who sought to expand his spehere of influence in the region.

At once figuration and abstraction, Death of Giuliano de Medici is one of six variations that Twombly executed on the subject, one of which is in the collection of the Kunsthalle Hamburg. Using red to signify violence, the composition is a fever of action aligned along the central vertical axis that at once captures a moment of chaos and movement and the calm surroundings of the cathedral in which such unbridled violence took place. 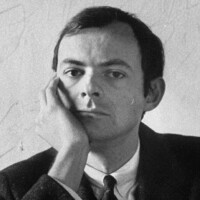 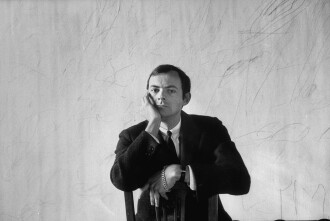