An Artist's Perspective: Property from the Collection of Anish Kapoor

S otheby’s is delighted to offer a superb selection of works from the collection of one of the most important artists of our time, Anish Kapoor. Offered across the London Contemporary Art Evening and Contemporary Art Day auctions and in our private selling exhibition in London alongside the October sales, the collection is a testament to the aesthetic curiosity and conceptual rigor at the heart of Kapoor’s practice.

Featuring artworks from some of the most experimental artists of the 20th century, the collection offers unparalleled insight into the artist’s mind at work. Spanning from the Japanese Gutai movement and Nam June Paik’s playful and innovative video art, to American conceptual heavyweights, Donald Judd and Richard Serra, not to mention the shamanistic works of Joseph Beuys, the collection is unified by a distinct conceptual thread. There is a sense of radical rebellion that echoes throughout the works in this collection. 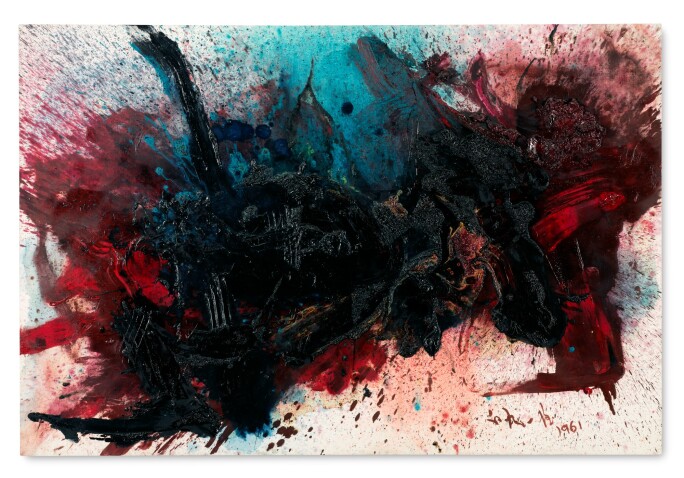 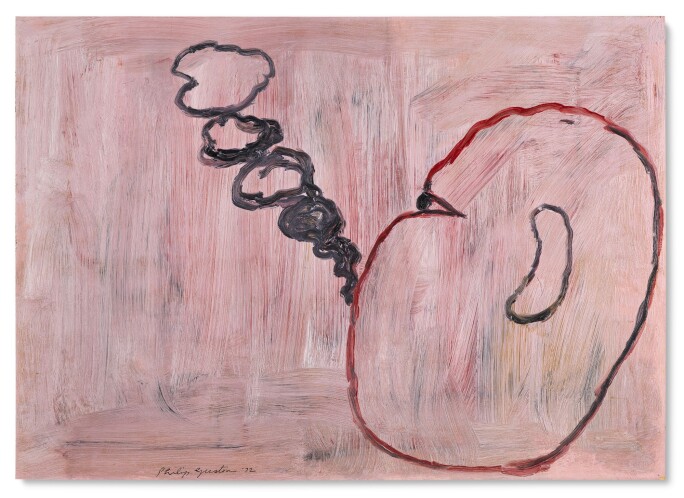 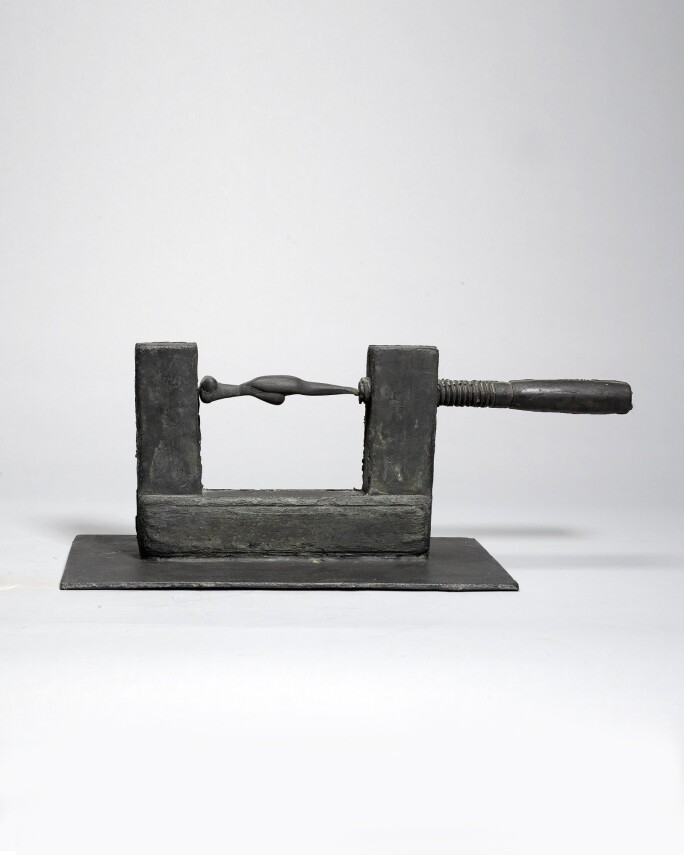 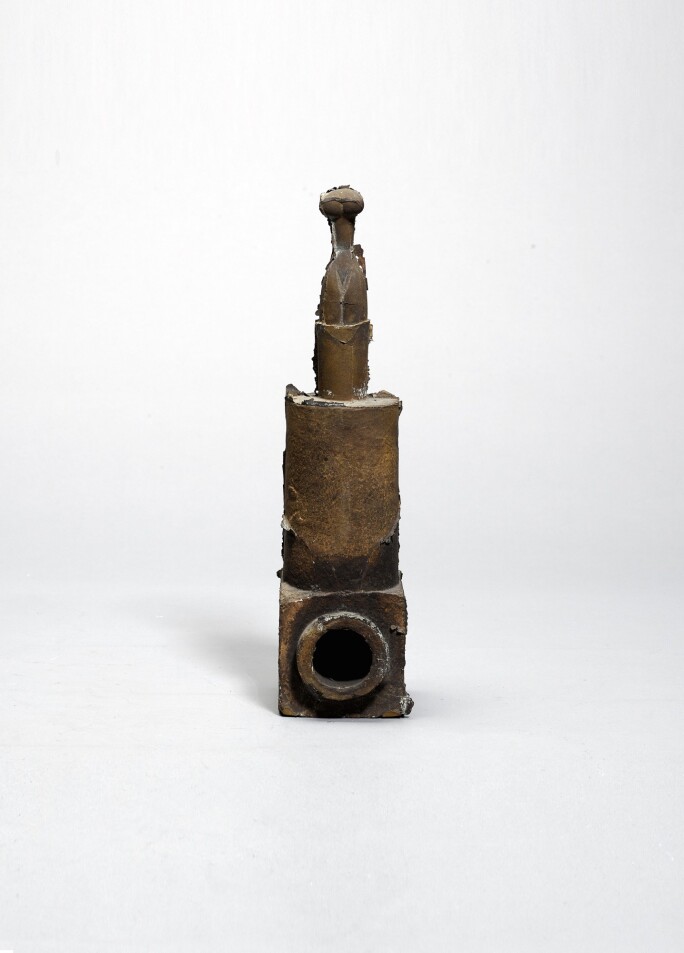 A powerful conceptual exchange plays out between the works in Kapoor’s collection and his own practice, perhaps most poignantly within Kapoor’s extraordinary collection of works by Joseph Beuys. There is a philosophical dialogue between the two artists that permeates every facet of Kapoor’s practice with an almost metaphysical aura. Both Beuys’ and Kapoor’s sculptural works reject facile interpretation and share an intense preoccupation with alchemy, transformation and the mystic. In Kapoor’s words “I would follow, to a certain extent anyway, Beuys’ notion about the spiritual: that intuitive intelligence is the highest kind of intelligence, and in the end intuitive sense is all that one has to go on, as an artist of my kind, anyway.” (Anish Kapoor quoted in: Anish Kapoor: Interview by William Furlong, online). Indeed, this preoccupation with the mystic was also shared with James Lee Byars, whose important sculpture The Monument to Cleopatra is a significant work in Kapoor’s collection.

The central tenets of Kapoor’s practice weave through the collection, and indeed the significance of the works of Kazuo Shiraga and Shozo Shimamoto cannot be understated. Beyond the similarly rich, corporeal pigmentation, Kapoor’s sculptural work, most notably his Shooting in the Corner, exudes the same raw energy and dynamism that sits at the heart of Shiraga and Shimamoto’s gestural and frenetic canvases. Indeed, the performativity of Kapoor’s sculptural works appears to quote from the Japanese avant garde masters’ experimentations with ceremony. Where Shiraga’s iconic performances, in which he smeared and slashed paint with his feet, formed the epicentre of his violently abstracted painting practice, Kapoor’s practice centres on his response to Shiraga’s ceremony, borrowing and repackaging this radical gesture by catapulting paint across the gallery space. 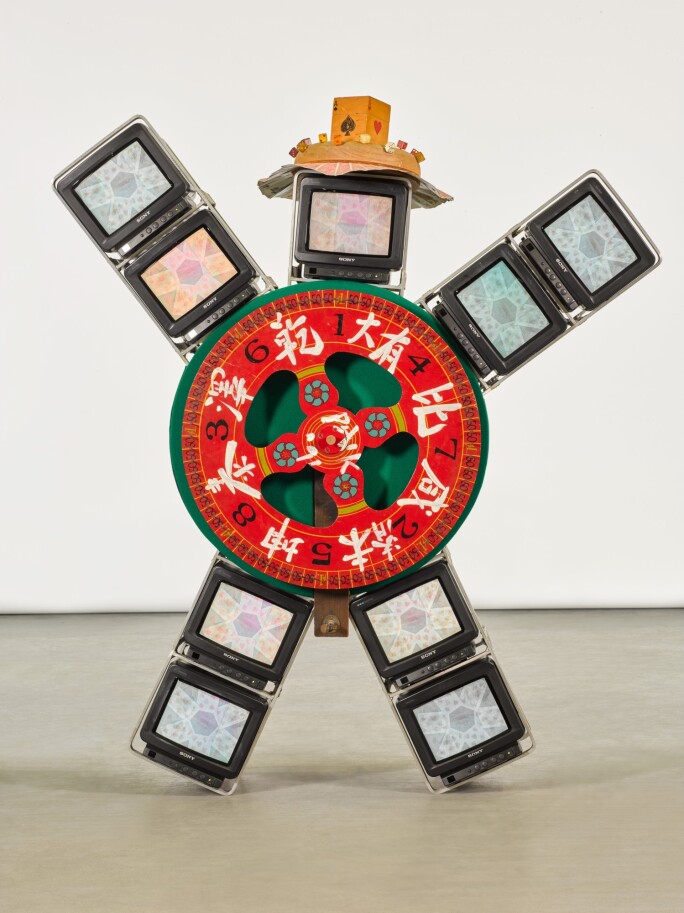 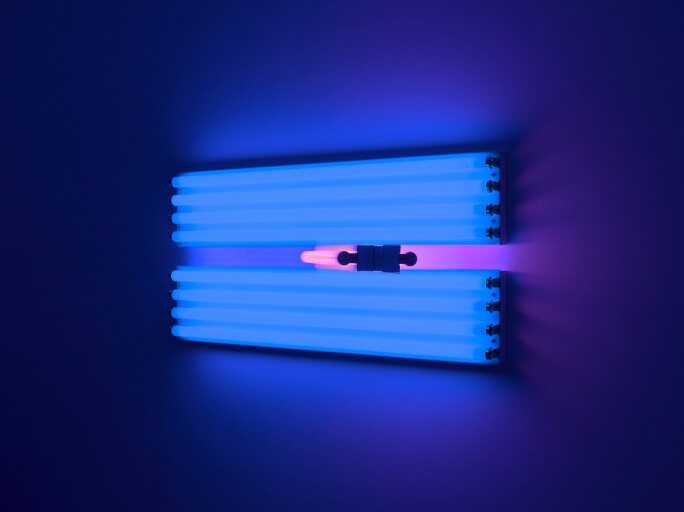 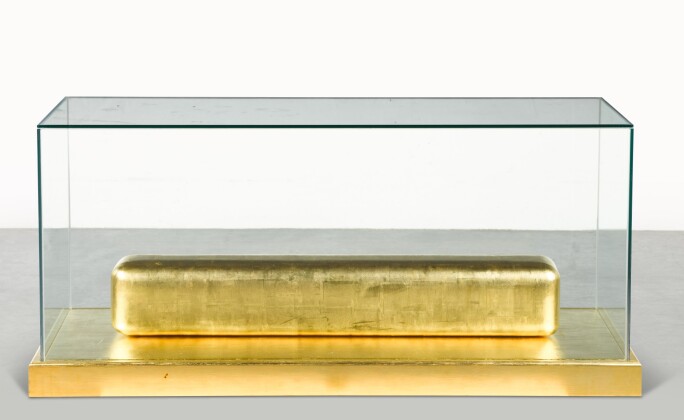 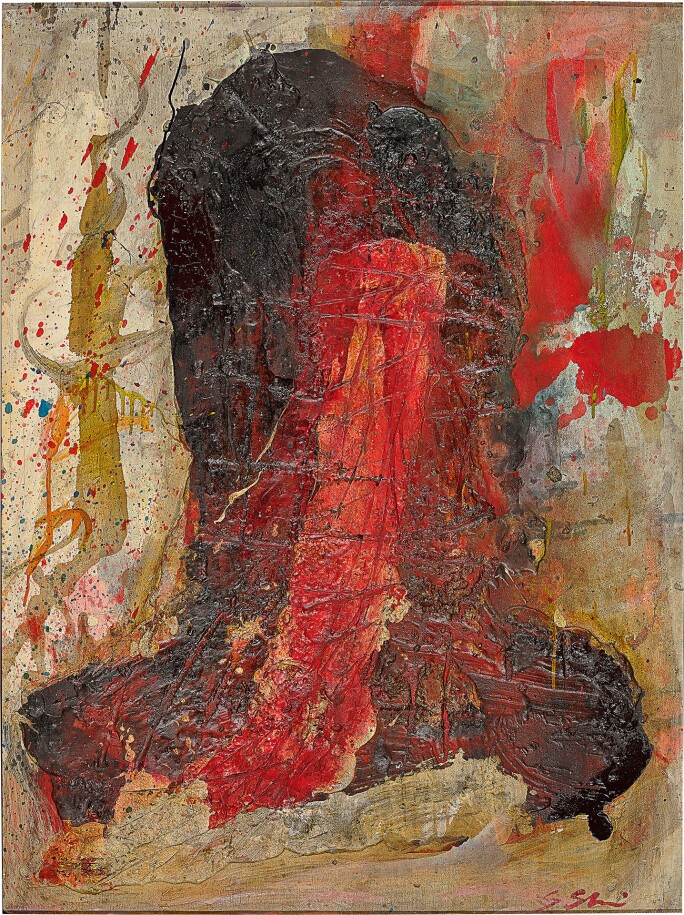 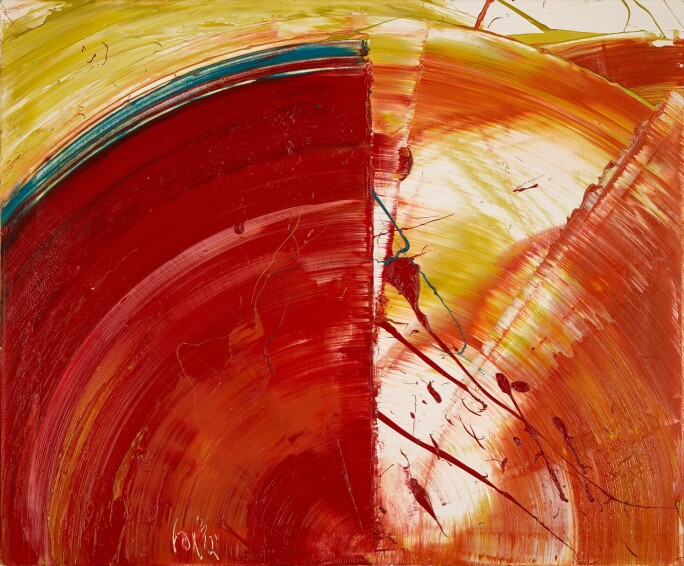 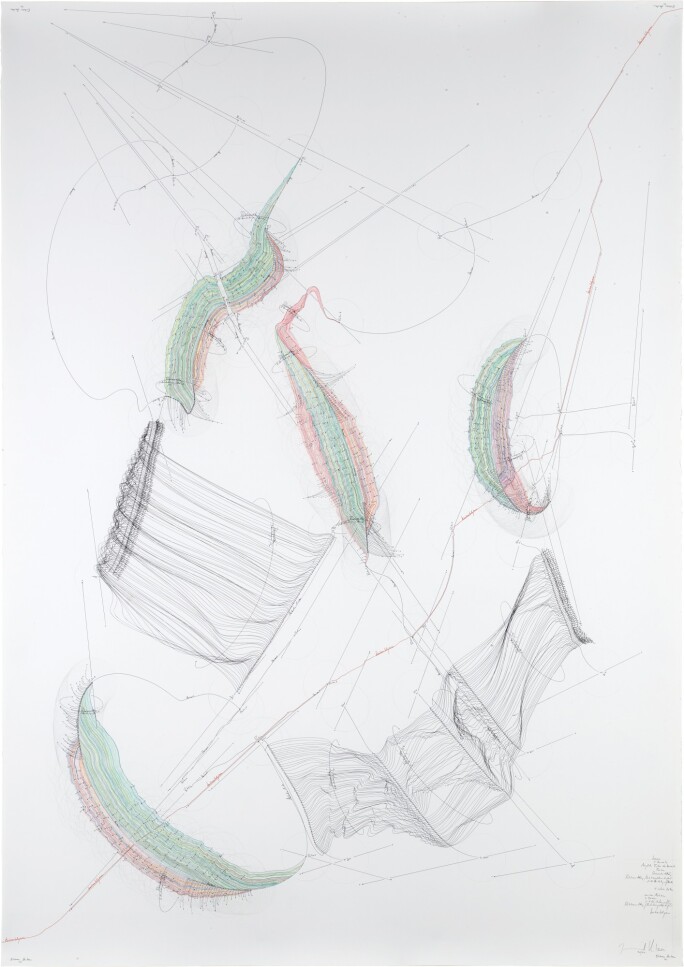 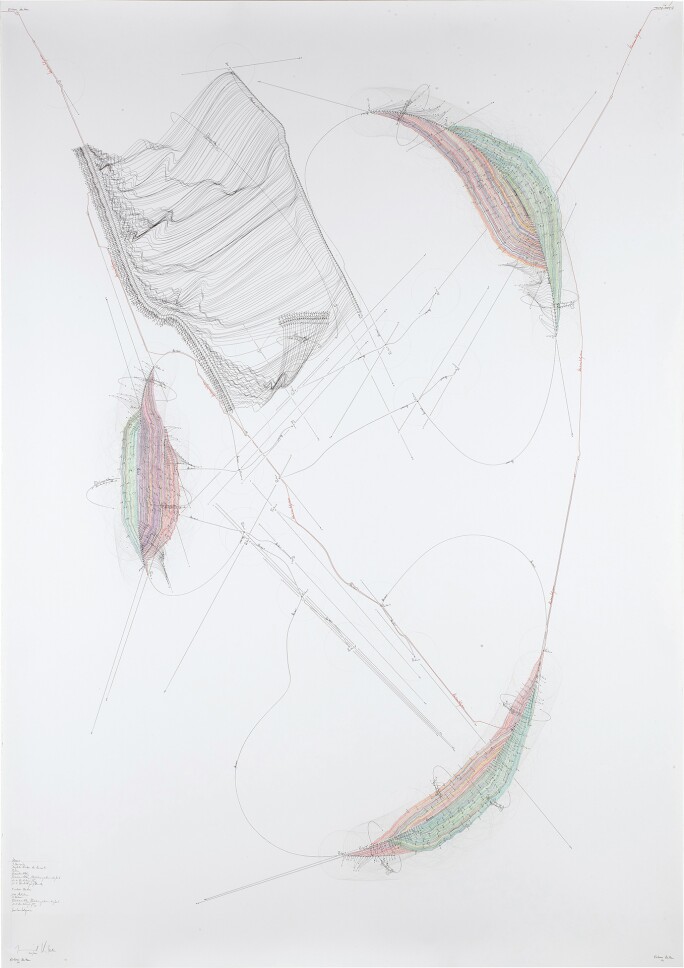 The collection features a substantial selection of works by American heavyweights. Philip Guston’s Head Smoking, a superb example of the artist’s celebrated late paintings, strikes a light-hearted tongue-in-cheek tone. Guston’s highly simplified, figurative paintings of the 1970s, mocked the machismo and grandeur of the cult of abstract expressionism, poking fun at the machismo and egotism that surrounded his genre.

Like Guston, the minimalists challenged the dominance of the abstract expressionists, and carved an entirely new path for art history. From Dan Flavin to Richard Serra, the minimalists hold a strong presence in Kapoor’s collection. The minimalist artist’s focus on materiality weaves through much of Kapoor’s practice as he mediates on transformational power of the materiality of his works on the physical environment surrounding them. Whether working with highly reflective surfaces or richly chromatic pigments, materiality remains central to Kapoor’s practice. The manipulation of space and the interrogation of material have been central to Kapoor’s oeuvre throughout his career. The inclusion of these great minimalist artworks underlines the conceptual rigor behind Kapoor’s relentless experimentation with space and substance.