S otheby's is honoured to present this remarkable collection of important sculptures and a fine selection of old master paintings, assembled by an art connoisseur from the 1960s onwards. The famous exhibition Cabinet de L’Amateur, organised in 1956 at the Orangerie de Paris, inspired this collector to embark on an exhilarating adventure that would lead him to gather together a group of works whose coherence and superior quality is demonstrated by the art that we present today.

This is a collection that was constructed with enthusiasm, illustrating the personal taste of a connoisseur whose joy was to acquire works for which he felt a real ‘coup de foudre’. His passion was supported by his insistence on quality, his sharp eye and his keen understanding, all of which are immediately apparent. Painstakingly built up over decades, this collection testifies to his discriminating choices, his rigorous selection and his bold approach to acquisition.

The first objects of note are an important ensemble of bronzes from the end of the seventeenth century, which perfectly illustrate how French sculptors adapted Roman Baroque. These bronzes are emblematic, marking the end of Mannerism and the beginning of Baroque, when for the first time independent figures in bronze were produced for private enjoyment, heralding the Golden Age of French bronze.

Agitated Neptune, Melancholic Pluto and Mars giving up his arms form part of a series of deities conceived in 1652 by Michel Anguier, whose aim was to illustrate human and divine temperaments, associating them with the Four Elements. The bronzes of Neptune and Pluto, which are among the best existing versions of these subjects, were shown in the Musée du Louvre in 2008, in the legendary exhibition Bronzes Français, as well as in 2002 at the Grand Palais in the exhibition Un temps d’exubérance.

French classicism reached its peak under the direction of François Girardon in the Grande Commande, Louis XIV’s commission for statuary at Versailles, perfectly exemplified here by Etienne Le Hongre’s Air and by The Rape of Orithyia by Boreas, life-size marbles of which still embellish the gardens of the Château. From the former collection of Pyotr Arkadievich Kotschubey (1825-1892), the exceptional Allegory of Air, made by Le Hongre in 1685, is one of the rare existing versions in bronze Air.

The paintings, for their part, were chosen with proven discernment and taste. They are mostly true rediscoveries, some of which have acquired new and prestigious attributions since they were purchased, for example the superb pair of Still Lifes by Melchior d’Hondecoeter, distinguished by an unusual and surprising composition and superb execution (these too were exhibited in 1956).

Still more excitingly, the collector was able to reunite, with remarkable intuition and more than forty years apart, two important paintings by Hubert Robert that had been part of the same decorative ensemble, commissioned by the banker Théodore François Gaillard, and long since dismantled.

Each work is a happy reflection of the sure and steady taste of this great connoisseur, symbolising the eclectic refinement of French taste for the art of this period. 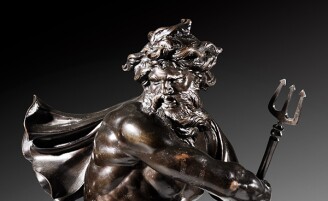 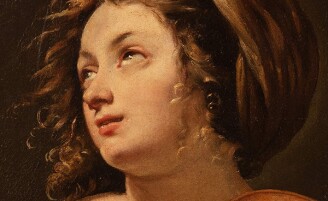