72 Hours in London: Frieze & Beyond

T he annual art world pilgrimage to London begins this week with the opening of Frieze Art Fair, Frieze Masters and the various satellite fairs it has inspired over the years. With many blockbuster exhibitions opening at the city's biggest museums and galleries, there is plenty to keep both new visitors and veterans stimulated and entertained the length and breadth of London. Here, we round up the best shows and fairs on offer, and how to spend your time wisely.

The Contemporary Evening and Day Sales are this year accompanied by an auction of Contemporary Italian art, which will showcase an important survey of work by artists such as Alberto Burri, Lucio Fontana and Piero Manzoni, before the Evening and Day sales offer up exciting paintings and sculpture by Andy Warhol, Peter Doig and Antony Gormley.

Nearby: The Royal Academy of Arts

Now in its tenth year, the Pavilion of Art and Design (PAD) has become something of a Mayfair institution. Presenting exemplary 20th and 21st-century design, decorative arts and more from some of the world’s top dealers in these fields, PAD is an elegant and stylish event on the London art fair trail.

Abstract Expressionism at The Royal Academy of Arts

Curated by David Anfam, the leading authority on Abstract Expressionism, this powerful Royal Academy exhibition looks at the movement from every angle. Works by titans of the movement such as Mark Rothko, Willem De Kooning, Lee Krasner and Franz Kline will be shown alongside rare archival material, photographs and new research to provide a comprehensive overview, with many works not shown together since the 1950s. The RA enjoys unique a position at the heart of Piccadilly, a stone’s throw from the galleries of Cork Street and Trafalgar Square.

Portraits by Picasso & William Eggleston at the National Portrait Gallery

This mammoth survey of more than 80 works by Modern master Picasso is sure to be a blockbuster hit as soon as it opens to the public on 6 October. Journeying through Picasso’s many periods and styles, the exhibition includes the precise, sensitive portraits he painted as a boy and chronicle his development as he experimented – and invented – new methods of recording his subjects and the world around him. Eggleston’s colour photographs have been given five-star reviews across the board, and with two iconic image makers under one roof, the National Portrait Gallery is a good place to kick-start the weekend before heading to the other fairs and exhibitions.

Nearby: The National Gallery, The Courtauld Gallery.

October is art fair month in London and every year it seems like a new one is added to the circuit. 1:54 Contemporary African Art Fair at Somerset House is a relative newcomer in its fourth year, but has made significant waves in the contemporary African market in London and Europe as a whole. A programme of events and talks complement the art on show, from a line-up of galleries innovating in this fast-developing arena. Coinciding with this fair, Sotheby’s newly established African Modern & Contemporary Art department will launch an autumn series of talks and events showcasing artists from African regions ahead of its first sale in 2017.

Nearby: The Infinite Mix, 180 The Strand.

The Turbine Hall at Tate Modern has housed some of the world’s most ambitious and memorable large scale installations – such as Olafur Eliasson’s The Weather Project and Carsten Höller’s Test Site. Taking the reins this year is French artist Philip Parreno, known for his video works and installations, including Zidane: A 21st Century Portrait. Visitors can also explore the new Tate Modern Switch House extension, home to the growing collection of international art and topped with a 360° viewing platform offering stunning views over London, the River Thames and a bird’s-eye view of the vast geometric structure designed by Herzog & de Meuron.

Nearby: The Jerwood Drawing Prize at Jerwood Space, Southwark.

Nestled in leafy Regent’s Park, Frieze, Frieze Masters and the younger – but by no means less impressive – Frieze Sculpture Park act as the epicentre for the week of art happenings in the capital. From lively discussions and debate, installations, performance and the latest works from the most exciting figures contemporary art at over 160 galleries; many of whom use the opportunity to unveil new work by their artists as collectors and curators from across the globe descend on London.

Nearby: The Wallace Collection, The British Museum.

VISITORS LOOK AT A DISPLAY AT FRIEZE MASTERS.

WORKS BY YVES KLEIN ON DISPLAY AT FRIEZE.

Other highlights of the week include Bruce Nauman at Blain|Southern in Hanover Square; immersive soundscapes and virtual realities merge at the Hayward Gallery’s The Infinite Mix at 180 The Strand which will house the gallery for two years during redevelopment; Mike Kelley and Lygia Pape at Hauser & Wirth, Saville Row; The Jerwood Drawing Prize at Jerwood Space in Southwark and Romuald Hazoumè at October Gallery. Work by Hazoumè features in the Bowie/Collector sale at Sotheby’s New Bond Street on 10 November 2016. 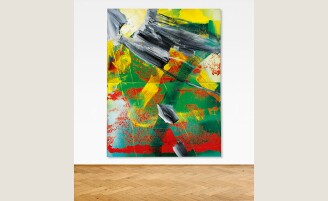 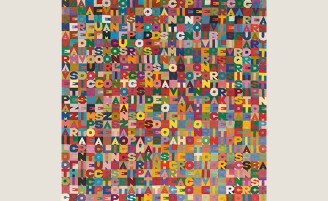 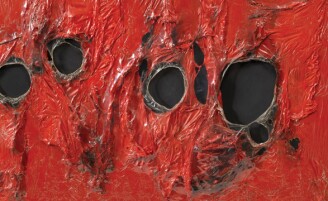