1. A founding member of the Impressionists, Renoir stopped exhibiting with the group after 1877.

After a series of rejections by the conservative Salon de Paris, Renoir and a group of like-minded artists (including Claude Monet, Edouard Manet, Edgar Degas, Paul Cezanne and Camille Pissarro) formed the Anonymous Society of Painters, Sculptors and Engravers, later known as the Impressionists. The group mounted their first exhibition in 1874, at which Renoir showed six paintings. He continued to exhibit with the Impressionists at their second and third exhibitions but, thereafter, returned to submitting works to the Salon. By this time a successful and in-demand painter, Renoir expressed skepticism about the durability of the Impressionist aesthetic.

2. He is responsible for some of the most celebrated images of the early modernist canon, including the iconic Bal du moulin de la Galette (1876).

A prime example of Renoir’s facility in capturing shimmering dappled light, the painting’s vibrant colors and loose brushwork evoke the joyous open-air revelry of a Sunday afternoon in Montmartre. Measuring over four by six feet, the work's large scale allows for an expansive sense of movement and richness of detail, featuring intimate vignettes within the crowded scene.

3. A smaller version of the painting sold at auction for $78.1 million, a record for the artist.

Previously in the collection of John Hay Whitney, the painting was sold by Sotheby’s New York to Ryoei Saito in 1990. One of the paintings is presumably a copy of the other, although it is not known which is the original. 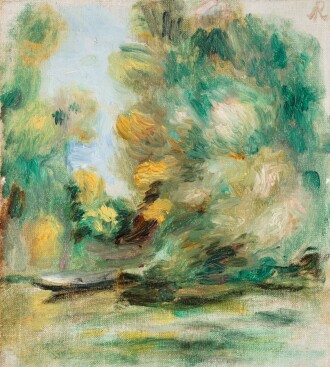 4. Renoir's first love was for singing, not painting

As a child, Renoir exhibited a singular talent for singing. His schoolteachers took note and, to ensure his gift did not go to waste, introduced the young Renoir to then-unknown composer Charles Gounod. (Gounod would later compose Ave Maria, a feat that earned him international acclaim, along with several successful operas.) At the time, Gounod was the choirmaster for the celebrated Saint Eustache church boy's choir. The composer took an immediate liking to Renoir and gave him a seat in his choir, as well as private singing lessons; later, Gounod offered to give Renoir a complete musical education and help him obtain a paid position in the opera's chorus. However, the offer was still too costly for Renoir's family, and, as Jean Renoir notes in her father's biography, Renoir had "a feeling that he was 'not made for that sort of thing,'" (meaning life as a performer). (Jean Renoir, Renoir: My Father, New York Review Books, 1958).

5. Renoir began his artistic career as a porcelain painter.

After rejecting Gounod's offer, Renoir instead became an apprentice to a local porcelain painter. He displayed a quick talent for the work (which principally involved copying floral designs to decorate plates and dish-ware) but found himself eager to expand his horizons. He began frequenting the galleries of the Louvre, where he applied his skills as a copyist to studying the great masterworks.

6. During the Paris Commune of 1871, he narrowly escaped execution.

Following the collapse of the Second French Empire, a radical revolutionary government known as the Paris Commune briefly controlled the capital. During this period, Renoir was painting on the banks of the Seine when a group of Communards captured him, suspecting that the artist was in fact a spy for the French Army. Rather than immediately drowning the “traitor” in the river, the revolutionaries instead opted to bring Renoir to a nearby town hall to be executed by firing squad. Luckily, Commune leader Raoul Rigault recognized Renoir as the man who had saved his life several years prior (Rigault, near starvation and in need of shelter, had begged help from Renoir, who hid him from Napoleon III’s police for several weeks). Rigault vouched for Renoir, thus sparing his life.

7. Renoir studied alongside fellow luminaries of Impressionism, including Claude Monet…

In preparation for entry at the prestigious École des Beaux-Arts, Renoir joined the studio of Swiss painter Charles Gleyre in 1862. There, he befriended fellow students Alfred Sisley, Frédéric Bazille and Claude Monet, with whom he would maintain a long friendship.

8. …And he and Monet worked alongside one another, even painting the same scenes.

In the summer of 1869, Renoir visited Monet at La Grenouillère, a popular resort on the Seine River. The two artists painted side by side en plein air, depicting scenes from virtually identical vantage points. While both artists were concerned with capturing the fleeting effects of light reflecting on rippling water, the two images offer a distinct contrast in style, with Renoir’s lushly sensual rendering more focused on depicting the scene’s inhabitants.

9. He married one of his favorite models, Aline Victorine Charigot.

Renoir met Charigot around 1880, a dressmaker 20 years his junior. She served as his primary model during his “Ingresque” period, depicted in paintings like Blonde Bather (1882), and, most famously, Luncheon of the Boating Party (1881). In 1885, the couple had their first child, Pierre, and in 1890 the couple married. After marriage, his wife and children became frequent subjects of intimate family paintings. The couple remained together until Charigot’s death in 1915.

10. Renoir sustained himself financially as a portrait painter…

In 1878, he portrayed the wealthy society lady Marguerite Charpentier in the ambitious Madame Georges Charpentier and her Children. Composed with a blend of modernist informality and classical compositional rigor, the painting was a great success, receiving much acclaim when it was shown at the Salon the following year. Renoir’s reputation grew, and he attracted numerous commissions, becoming a fashionable portraitist among well-heeled patrons with avant-garde aesthetic sensibilities.

11. …And counted German composer Richard Wagner among his subjects.

A music lover and great admirer, Renoir visited the “maestro” at his home in Palermo, Sicily, in 1882. Renoir proposed a short sitting, painting Wagner’s portrait in just 35 minutes. Upon seeing the finished work, Wagner exclaimed, “Ah! Ah! It’s true that I look like a Protestant minister.”

12. He is the father of renowned filmmaker Jean Renoir.

Hailed as one of the greatest auteurs of all time, Jean Renoir made more than forty films, including La Grande Illusion (1937) and The Rules of the Game (1939). In 1962, Jean published the biography entitled Renoir, My Father, in which he described the indelible influence of the elder Renoir on his creative development. Along with brothers Pierre and Claude (an actor and ceramicist, respectively), he was the subject of many of his father’s paintings, including the softly intimate Gabrielle Renard and Infant Son Jean (1895-96). The Renoir family’s artistic legacy extended into the next generation as well, with cinematographer Claude Renoir (son of Pierre).

After admiring the paintings of Raphael and other Renaissance masters, Renoir found himself powerfully drawn to the grand traditions of classicism. His paintings from this era, sometimes known as his “Ingresque” period (after French neoclassicist Jean-Auguste-Dominique Ingres), are characterized by a more disciplined formal technique and emphasize the sculptural qualities of his subjects. Classical figures are foregrounded against shimmering impressionistic landscapes, as in Reclining Nude (1883) and Les Grandes Baigneuses (1884-1887).

Shifting away from linear classicism, Renoir returned to thinly brushed color and softened outlines in the late 1880’s and early 1890’s. Taking inspiration from Titian, Rubens and Fragonard, he focused primarily on pastoral nudes and idyllic domestic scenes. His most famous piece from this period, Two Young Girls at the Piano (1892), was commissioned for the Musée du Luxembourg by the French government.

15. The Dreyfus Affair, which divided France from 1894 to 1906, revealed an ugly side to Renoir’s politics.

The scandal touched off with the wrongful treason conviction of Alfred Dreyfus, a French artillery officer of Jewish descent. The resulting political crisis divided French society between the anticlerical, pro-Republican Dreyfusards and the pro-Army, predominantly Catholic anti-Dreyfusards. Renoir fell emphatically into the latter camp, along with the famously anti-Semitic Degas; others, like Monet and Pissarro, were convinced of Dreyfus’ innocence. The scandal came to an end in 1906, when new evidence identified French Army major Ferdinand Walsin Esterhazy as the real traitor, exonerating Dreyfus.

16. Later in life, he suffered from debilitating rheumatoid arthritis, causing him to make creative adaptations to his painting technique.

Renoir began to develop arthritis around 1892, causing progressive deformities of the hands, ankylosis of his shoulders and elbows, and eventually severely limiting his mobility. Naturally, his condition made it necessary for Renoir to adapt his methods. He relocated to the warmer climes of Cagnes-sur-Mer, near the Mediterranean coast, and took frequent spa treatments. Photographs of the artist reveal his hands wrapped in bandages to prevent skin irritation as he held his paintbrush; a palette was affixed to his wheelchair, allowing it to swivel from side to side; and a system of horizontal cylinders and a crank would enable access to different sections of larger canvases while he remained seated. Despite his deteriorating physical condition, Renoir remained committed to painting, noting: “The pain passes, but the beauty remains.”

17. Renoir’s oeuvre is an unabashed celebration of beauty and sensuality…

While other Impressionists were more interested in formal exploration and social critique, Renoir’s work is remarkable for its devotion to his audaciously lush aesthetic. Renoir defended his artistic choices, saying: “To my mind, a picture should be something pleasant, cheerful and pretty. Yes, pretty! There are too many unpleasant things in life as it is without creating still more of them.”

18. …A style which has earned him his fair share of detractors.

In 1874, the critic Albert Wolff wrote: “Try to explain to M Renoir that a woman’s torso is not a mass of decomposing flesh with green and purple spots that indicate the state of total putrefaction in a corpse!” Fellow Impressionists also had some choice words – Mary Cassatt criticized his late nudes as “enormously fat red women with very small heads,” and Degas mocked his friends’ style, calling it “as puffy as cotton wool.”

Renoir included cats in many of his paintings, often symbols of motherhood and sensuality. As his health deteriorated in the last decades of his life, he would often paint with one of the many cats living around his property on his lap to keep himself warm. In fact, the Institut Pasteur in Paris has used the presence of cat hairs in the paint to authenticate and date Renoir’s late work.

20. In the early 20th century, Renoir took up sculpture.

At the urging of art dealer Ambroise Vollard, Renoir began experimenting in different media during his later years. By this time, his hands were almost entirely paralyzed, so he hired the young sculptor Richard Guino to realize his designs. With Guino’s help, Renoir cast approximately 15 sculptures.

21. He was incredibly prolific.

Working up to his death at the age of 78, Renoir produced several thousand paintings during his long career. Today, the most extensive single collection of his work – 181 paintings – resides at the Barnes Foundation in Philadelphia. Important collections are also housed at Paris’ Musée d’Orsay; the Metropolitan Museum of Art in New York; the National Gallery in Washington, D.C.; and the Hermitage in St. Petersburg. 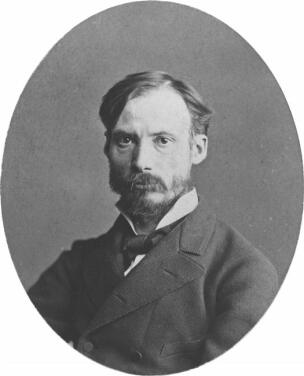