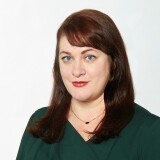 Aimee Pflieger joined Sotheby’s Photographs department in 2015, bringing with her a wealth of knowledge and experience in Modern and Contemporary Photographs after more than 20 years in the art market.  As a Specialist, Ms. Pflieger is closely involved in providing auction estimates, cataloguing, research, and preparing fair market value, charitable donation, and insurance appraisals.

Ms. Pflieger has held senior positions at a number of galleries and auction houses in Chicago, Philadelphia, and New York, working not only with photographs but also with paintings, sculpture, and prints, providing her with a far-reaching and holistic familiarity of 19th and 20th century art.  She began her career at the Eskenazi Museum of Art at Indiana University, where she was responsible for the inventory of the Art Sinsabaugh and Henry Holmes Smith photographic archives.  She has curated exhibitions of photographs from Chicago’s Institute of Design, early works by Ray K. Metzker, and photograms by Theodore Roszak.  Over the past decade, Ms. Pflieger has lectured on the Contemporary Photography market and has appeared for several seasons as an expert appraiser of photography on the WBGH series Antiques Roadshow, for which she appraised the highest valued photographs in the programme’s history. Ms. Pflieger graduated from Indiana University with a M.A. in Art History with a specialization in the history of photography.