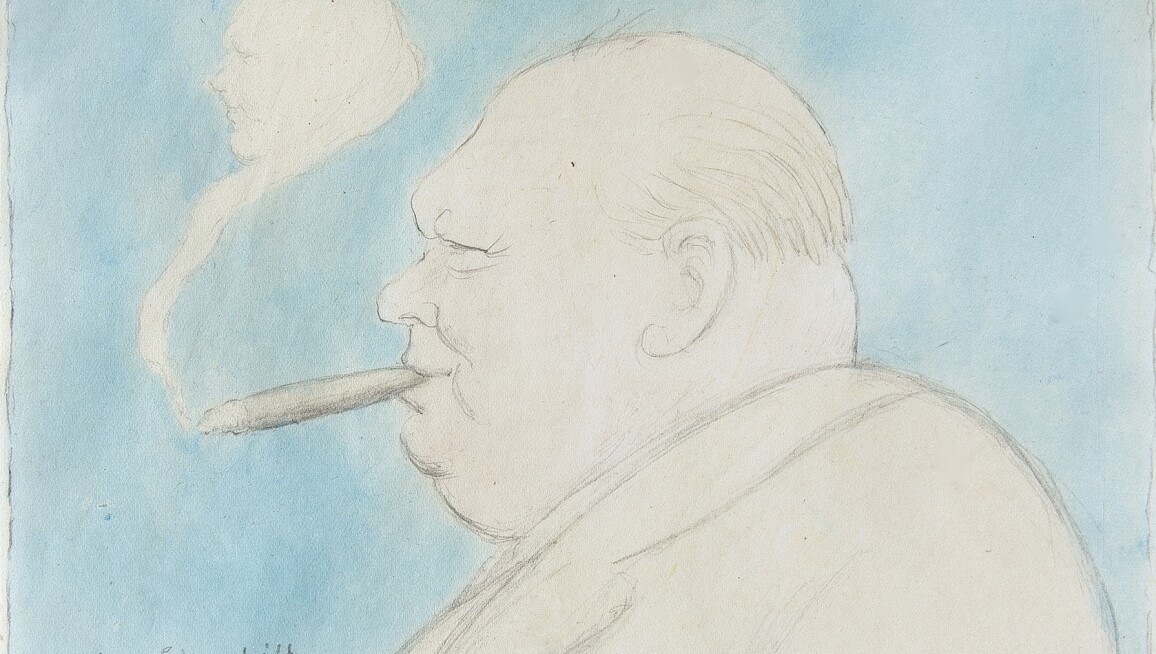 Winston Churchill is back in the news again after Gary Oldman picked up an Oscar for his portrayal of the former British Prime Minister. Churchill also features heavily in the Political Cartoon Collection of Jeffrey Archer sale in London on 14 March, which includes 60 years of cartoons and caricatures of the larger-than-life figure. So numerous and prolific were the cartoons of Churchill throughout his life that David Low once warned, “Don’t imagine that familiar wartime idea of Churchill with his V sign and cigar was all of his own invention.” Here, 10 artists show us their take on one of the most drawn men of the 20th century.