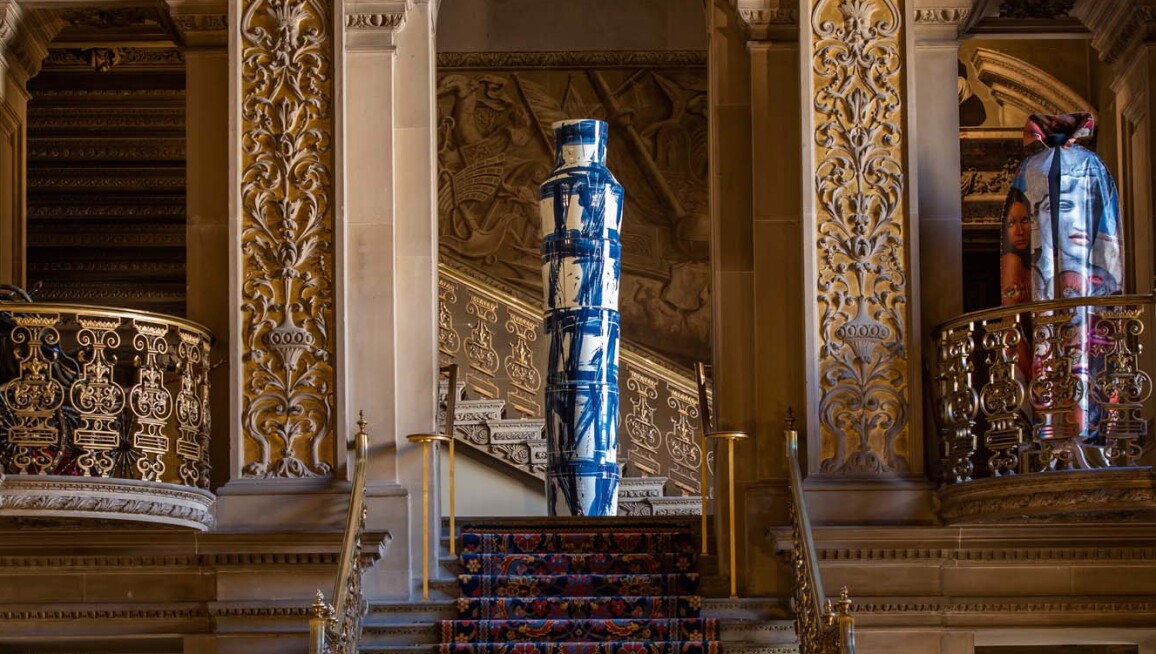 For years Sotheby's has marveled at Chatsworth's impeccable grounds and art-filled interiors, which are currently being showcased in our summer exhibition, Treasures from Chatsworth, much as they are in the home itself. But for those looking to incorporate Chatsworth into their own homes, Sotheby's also presents a selling exhibition titled Inspired by Chatsworth. Our specialists have masterfully assembled more than 80 works – available for immediate private sale purchase – that pay homage to Chatsworth's collection, many of the pieces featuring the same artists and subjects as those installed in the UK estate itself. Ahead, discover some of the selling exhibition's highlights, as well as the rooms at Chatsworth where their corresponding sources of inspiration reside. -Stephanie Sporn