T his exquisite selection of works from the collection of Kay Unger reflects a discerning taste and unerring eye for the thoughtful intersection of art and design. Beautifully assembled in the vibrant, sunlit spaces of Chez Kay – the collector’s impeccably designed Soho loft – this grouping of works comprises important iconic touchstones of 20th-century art within a highly personal and visually compelling dialogue. This is a collection that speaks to Kay Unger's enduring creativity, curiosity, and passion to push past the conventional, both in her personal and professional lives.

“Early on, a dear friend told me to let my art and creativity be my guide and to focus my goals on that – instead of trying to be like everyone else. This advice has shaped my whole outlook on design, business, collecting, philanthropy and family."

A fashion designer, entrepreneur and philanthropist based in New York, Kay Unger has always placed art and design at the epicenter of her life: both in her home, a source of constant creative inspiration, and in her career as a celebrated designer. Unger was exposed to art from a young age; growing up in her family's Chicago home surrounded by art, Unger learned early on the way in which living with art can impact human understanding, creativity, and ingenuity. The works in the present collection were passed down by descent from Unger's mother and father, who acquired these exceptional pieces shortly after their making from some of the leading gallerists in the United States. The collection was clearly informed by a love of modernism and an instinctive attraction to artists who shared a transatlantic dialogue between Paris and New York, such as Alexander Calder, Pablo Picasso, and Francois-Xavier Lalanne. Unger inherited not only her mother’s superb eye, but also her visionary skill for fusing fine art, design, and architecture into an enriching and fulfilling life. Held in the same family collection since their acquisition, none of the collection objects have ever before been seen publicly or offered for sale. 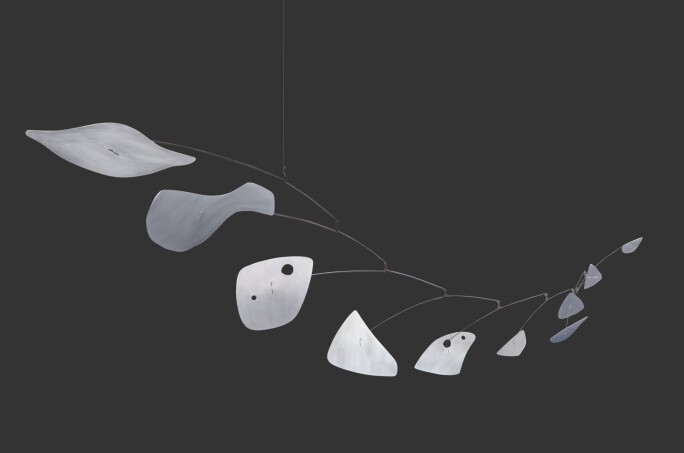 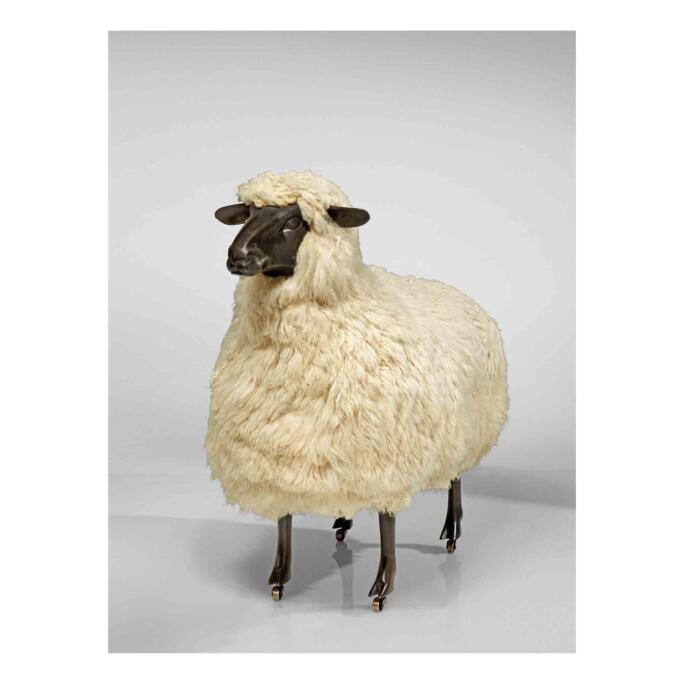 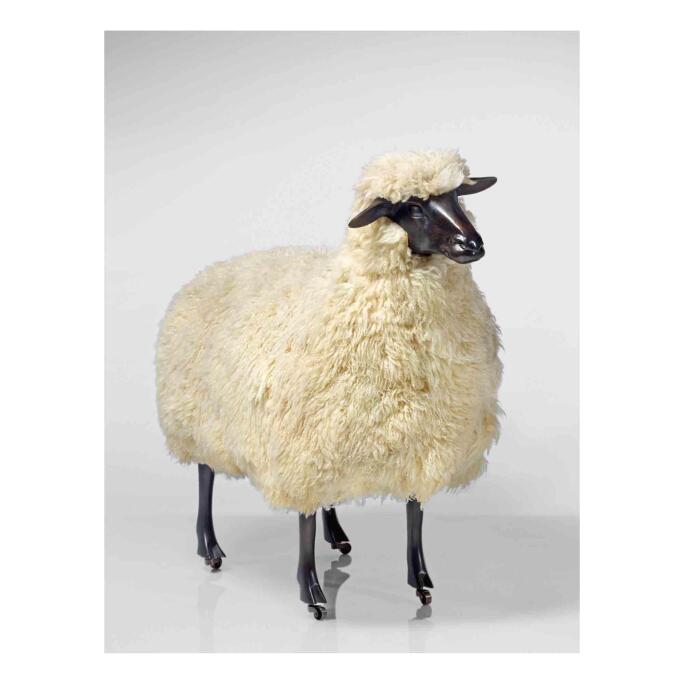 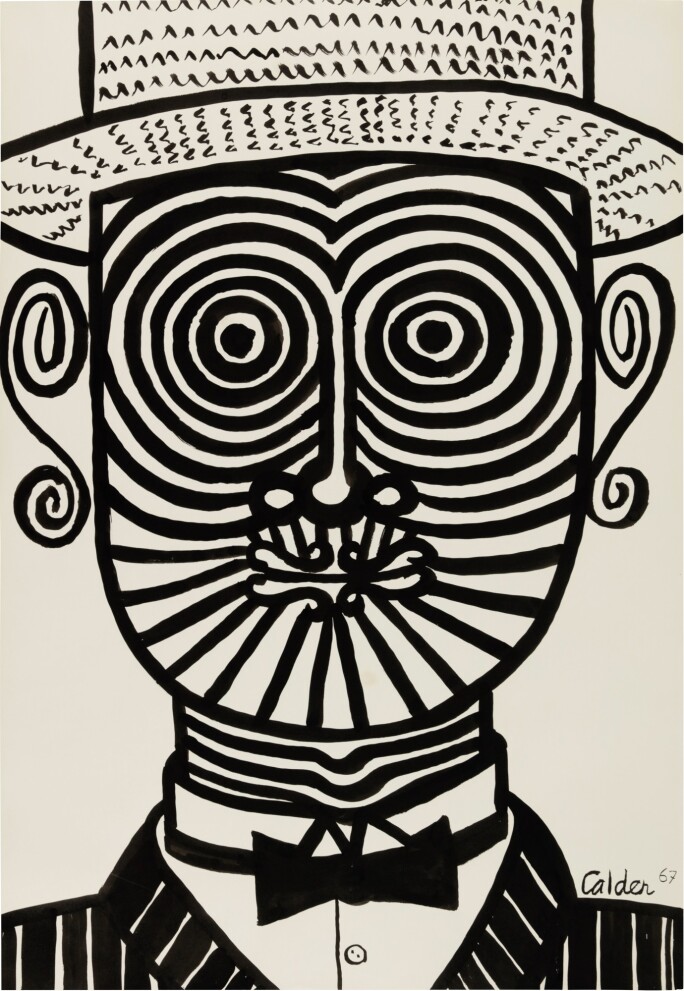 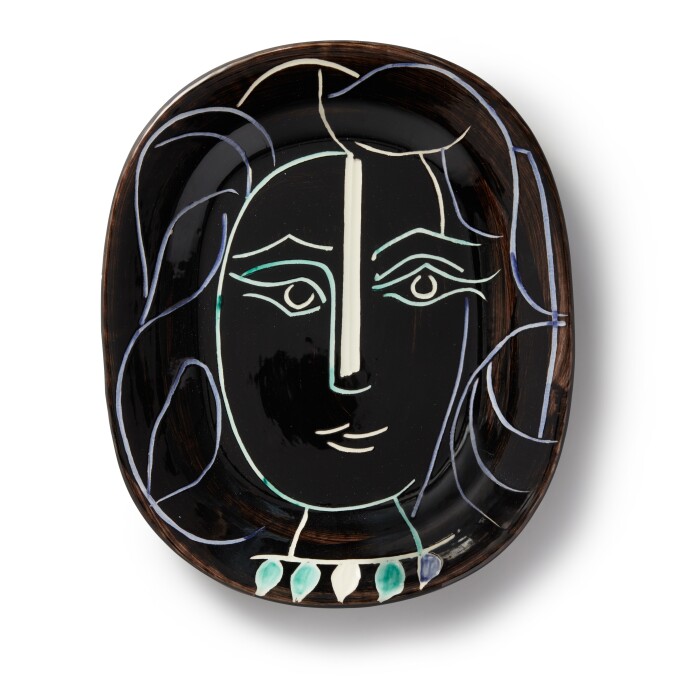 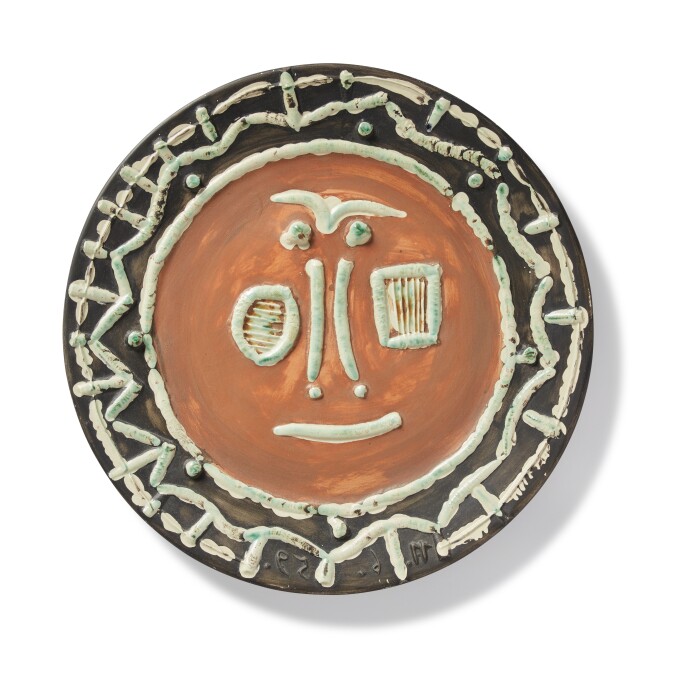 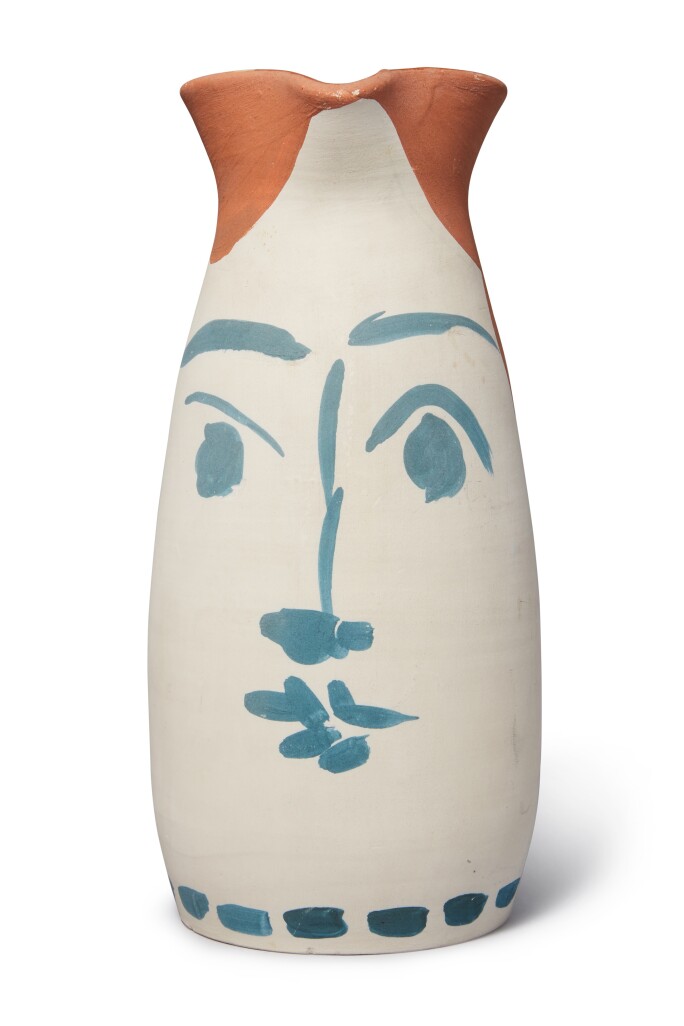 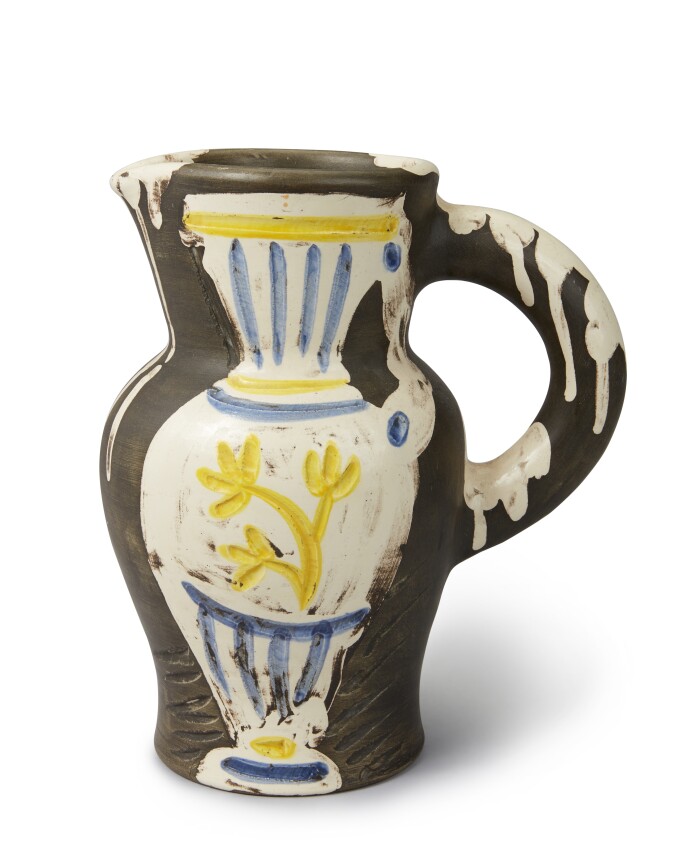 Unger always dreamed of pursuing a career in a creative field; she recalls sewing her bedspreads into skirts in secret as a child, imagining herself creating her own clothes one day. Following that dream, Unger graduated from Parsons School of Design in 1968 to join the fashion world in 1968 as a design assistant to Geoffrey Beene, before founding her own dress firm, Kay Unger, a mere two years later – the first of several successful global fashion companies she both founded and managed, including The Gillian Group, A.J. Bari, Kay Unger New York, Kay J’s Pajamas and Phoebe Couture. In 2012, she formed Kay Unger Design as a means of focusing her boundless passion for design on unique projects that benefit both from her creative abilities and from her experience as a leader in this field. Much like the superb artworks in her collection, Unger’s work in design has always centered upon a dedication to understated elegance and multigenerational relevance; her modern and creative silhouettes are designed to meet the changing needs of the contemporary woman, without ever sacrificing taste or superb quality.

A related and equally central component of Kay’s life has long been her commitment to philanthropy. Unger’s philanthropic efforts began at an early age with her involvement in the Epstein Fine Arts Fund. Formed in honor of her brother, Stephen Julius Epstein, who passed away in early childhood and had a love for music, the organization focused on supporting underserved children talented in the arts. In 2010, she founded her own foundation, The Kay Unger Family Foundation, where she now serves as chief executive officer. With its mission of “venture philanthropy,” The Kay Unger Family Foundation continues her family’s legacy of supporting underserved youth talented in all areas of the arts and providing them with the tools they need to excel, while also supporting cancer care and research.

“Growing up amongst these beautiful works of art gave me an incredible eye for color and shape. Even as a child, art was my inspiration, my safe haven, my language and my way to show love to those around me.”

Kay’s commitment to philanthropic work has often coexisted with her lifelong passion for design. In 2020, Kay established Fashion for the Front Lines with cofounder Morty Singer, a New York City based task force that was created in response to the COVID-19 pandemic with the singular goal to secure personal protective equipment (PPE) for the medical workers on the front lines. Kay also serves as Trustee of The New School and Chair Emerita of Parsons School of Design, her alma mater, and has served as a member of the Parsons School of Design Board of Governors since 2006, where she enthusiastically served as Chairman from 2013 to 2020. Her philanthropic efforts also include work with The New York Stem Cell Foundation (NYSCF), the Advisory Board for Retailers United, C200, where she serves as a founding member, and The Boys and Girls Club of America, where she was the first woman on Board of Directors. A portion of the proceeds from the sales of the collection objects will go to furthering Kay’s continued philanthropic missions, as well as to expand her family’s remarkable collecting legacy with a major focus on supporting emerging artists as well as art and design education.

Paris to New York: The Transatlantic Exchange of Modern Art & Ideas in the 20th Century between Picasso, Calder, and Lalanne 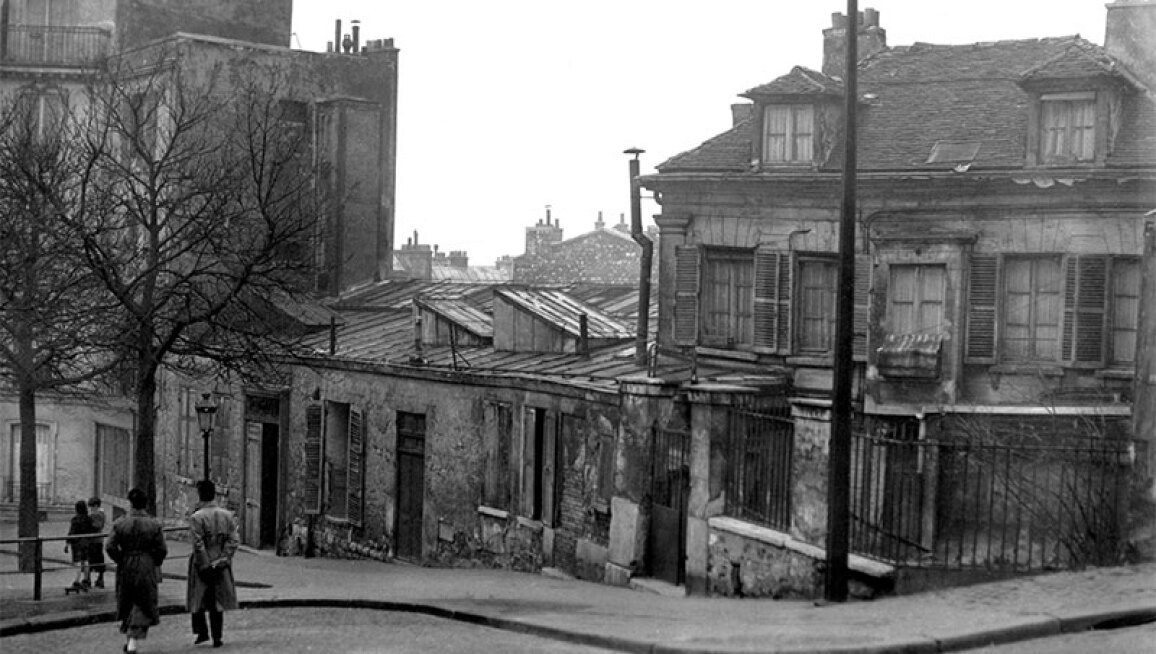