The pied-a-terre in Paris was designed by the famous Milanese Studio Peregalli for and in close collaboration with a European collector. Designers Roberto Peregalli and Laura Sartori Rimini created a distinctive ambiance, characterised by captivating paintings, furniture and fine art pieces. Most of the lots have been acquired from renowned art collections, such as those of Pierre Le Tan, Yves Saint Laurent and the Palais Abbatial de Royaumont.

The Lisbon interior was designed and lived by a lady born into two of the most preeminent families in Portugal. Her collection stands as a legacy of, and a beautiful homage to, the collecting vision of industrialist António Champalimaud, to whom belonged the highlights of this group. 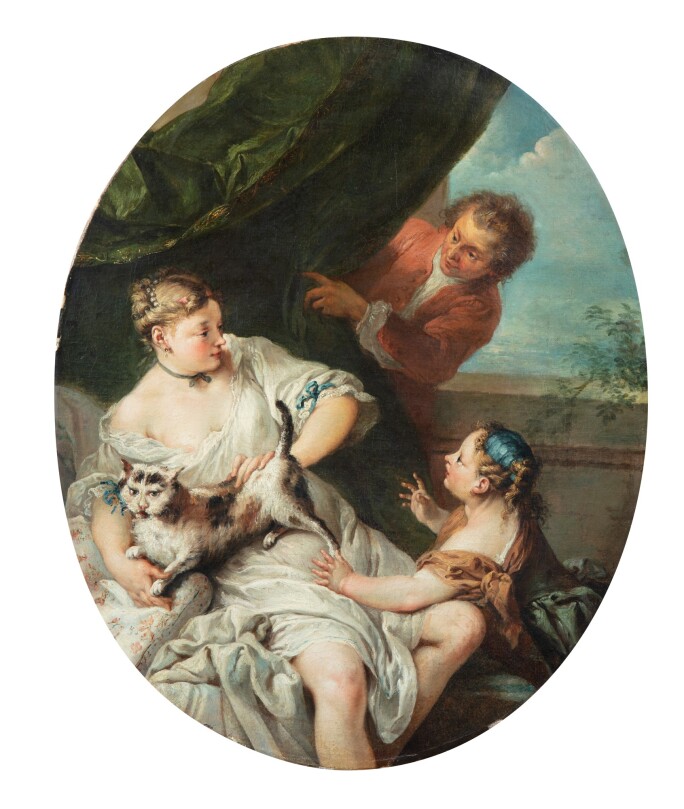 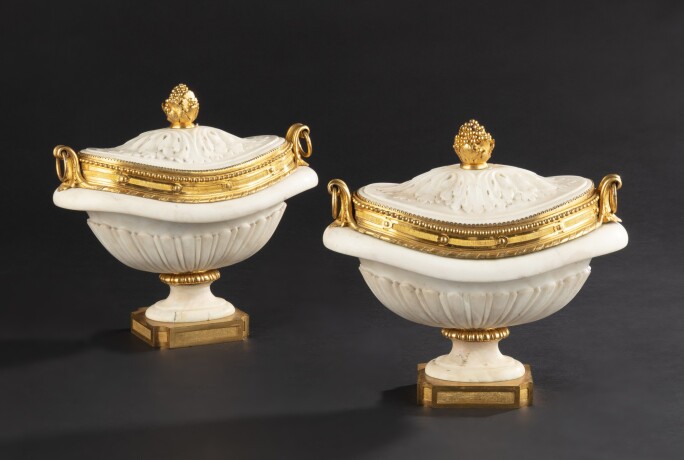 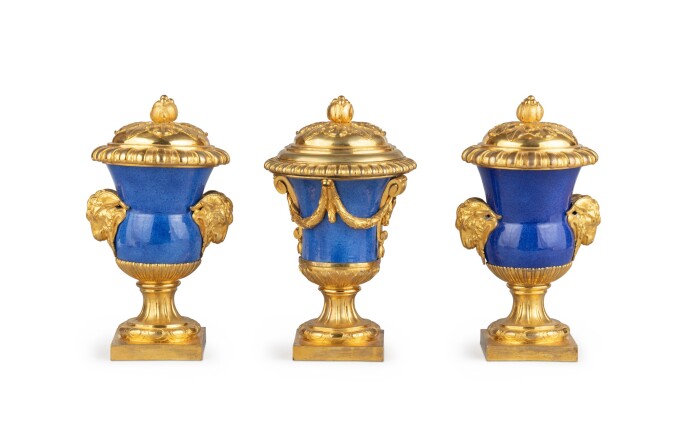 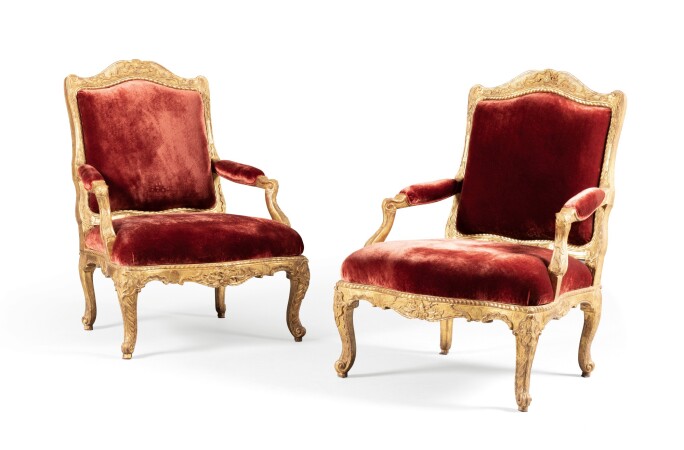 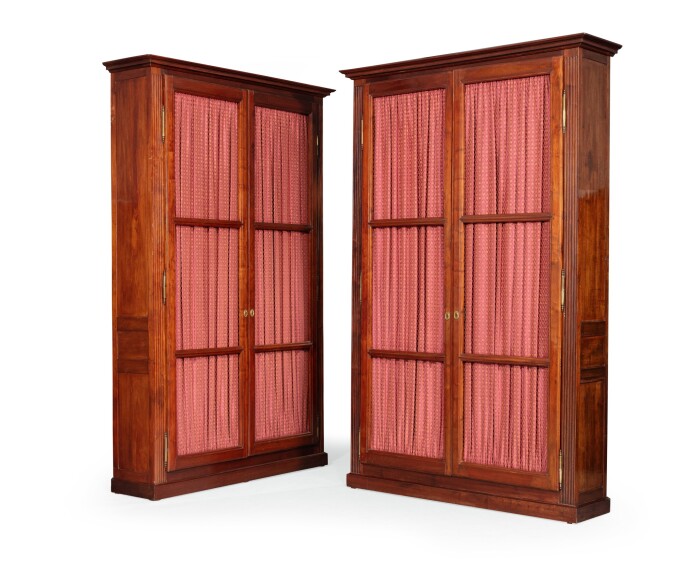 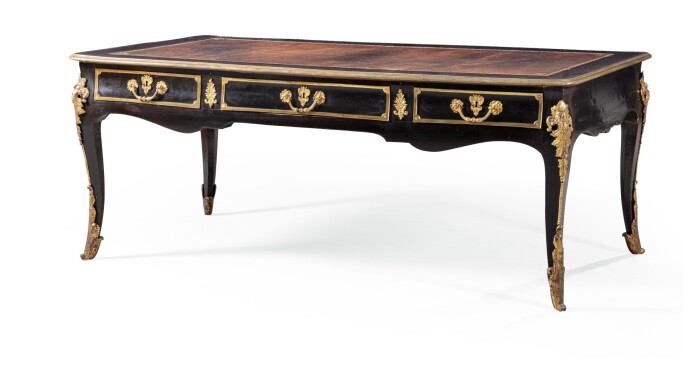 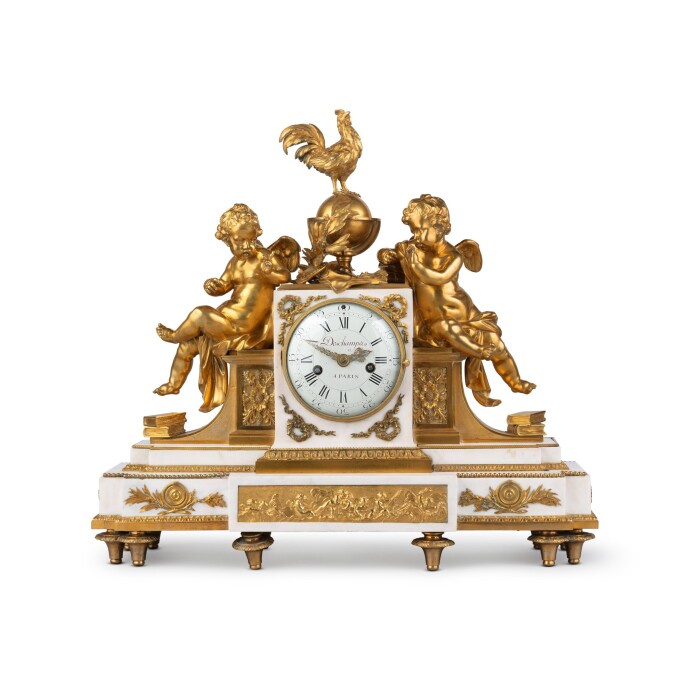 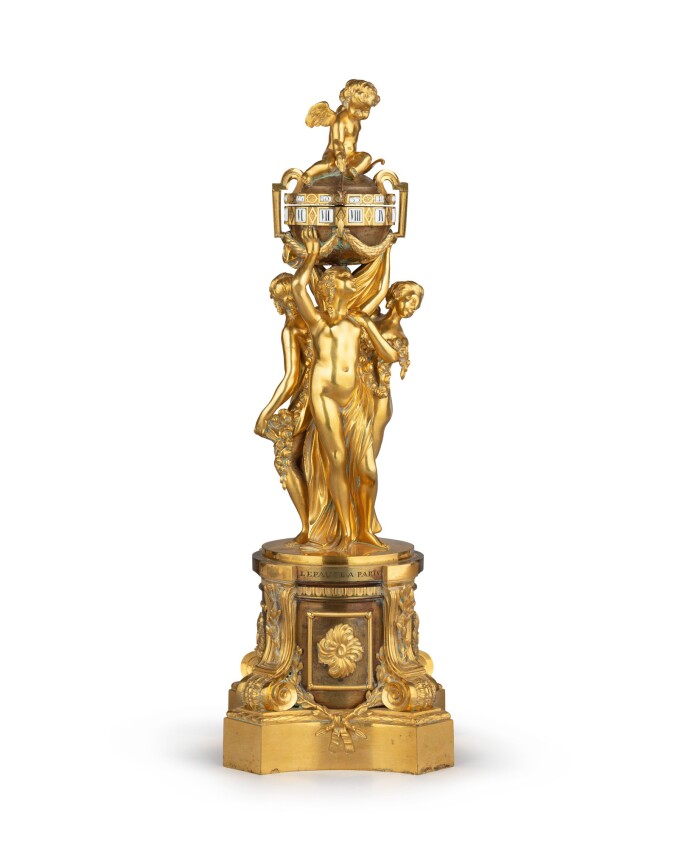 A parisian interior in Lisbon

A decor by Studio Peregalli

When a young John V of Portugal (1689-1750) was prohibited from visiting the court of Louis XIV and travelling throughout Europe, he descended into a long and deep depression. Heavy is the head that wears the crown, as the adage goes. Unable to see the wonders of the Ancien Régime first hand, John V decided instead to bring Paris to Lisbon. His agents in Paris set to work with acquisitive frenzy for decades to come, securing the very best furniture, silver, clocks, engravings, sculpture and books available, and in the process ensuring John V became one of the great patrons of his day.

The appetite for French Art in Portugal continues to this day, the legacy of one its greatest monarchs, and António Champalimaud (1918-2004) was the latest in the lineage of Portuguese collectors that saw Paris as the European cultural benchmark. His hôtel particulier in Lapa, full of French treasures, became the grandest, and the most beautiful, residence in Lisbon. An intimate space for a formidable man who was very much in the public eye, this was a family home which few people were invited to. The collection that adorned it was built for 40 years with passion and knowledge, acquired in the great auctions and antiquaires of his day, and its dispersal in London in 2005 was a market landmark, establishing a new world record for a single-owner auction sale. Paintings by Boucher, Fragonard, Greuze, Canaletto and Guardi, complemented the exquisite furniture and bronzes d’ameublement in Louis XV and Louis XVI styles, amongst which there were pieces by Weisweiler, Saunier, Carlin, Tilliard, Rémond and Caffieri.

The highlights of the present sale were part of his collection and are exemplary of his taste and quest for great objects. The amusing painting of “La Femme au chat: le surprise” is one of painter’s earliest known works, full of energy and vibrant brushstrokes. The exquisite pair of Louis XVI navette vases epitomise the taste for neoclassical style in the 1770’s and were objects of the highest luxury when created.

António Champalimaud was an astonishing collector, but moreover an extraordinary entrepreneur, with a strong purposeful character, and his business endeavours left a mark not only in Portugal, but also in Africa and South America. He built the largest business group in Portugal, starting with the cement and steel industries, expanding later to finance and insurance. Following the Portuguese Revolution in 1974, all his companies were seized by the revolutionary government, forcing him to leave the country, moving first to Paris and then emigrating to Brazil. Unperturbed, he re-started a cement business, invested in agriculture and quickly built a new empire. By the 1990’s, he was able to reacquire his former bank and insurance businesses when they were privatised, making him the richest man in Portugal.

Champalimaud was in a way following the footsteps of other successful businessmen in the country, such as Marquês da Foz (1849-1917), a tycoon who built a stunning collection in a very short period. During the years of his meteoric career, Foz embarked on the creation of an art collection that reﬂected his new-found status, as well as acquiring an equally ﬁtting setting to display it. In the heart of the Lisbon – Avenida da Liberdade – Foz acquired the palace that belonged to the ancestral family of the marquesses of Castelo-Melhor and refurbished it lavishly in a French Revival taste.

With a passion (and knowledge) for French 18th century silver, he acquired important works by Thomas and François-Thomas Germain, Nicolas Cousinet, Charles Spire and others, and was the first person to study the Portuguese Royal silver service by Germain. His fall was even quicker than his rise, when in 1891, he went bankrupt and sales in London, Paris and Lisbon followed, dispersing the key pieces of the collection. Paintings, furniture and silver from his collection can be found now in the Metropolitan Museum, the Getty, Frick Collection, Musée du Louvre and Gulbenkian Museum.

Ricardo Espírito Santo Silva (1900-1955) was another key figure on the collecting landscape in Portugal, with whom Champalimaud said he learned much on collecting. Although Silva’s legacy is tied to the establishment of a museum dedicated to Portuguese Decorative Arts (Fundação Ricardo Espírito Santo Silva, Lisbon), he acquired major pieces of French Decorative Arts, with furniture by Reisener, Weisweiler and Leleu, and silver by Tomas Germain, amongst others, many with royal provenances.

Despite the tragic fate of the majority of John V’s French treasures, lost in the terrible earthquake of 1755, good fortune brought one of the great ensembles of French Decorative Arts to Lisbon, built in the 20th century by Calouste Gulbenkian and which is proudly on public display in the eponymous museum, a reason on its own to visit Lisbon. 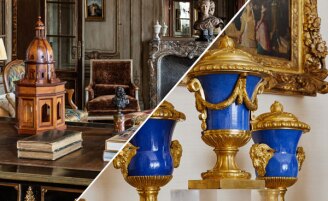