20 th Century Art: A Different Perspective showcases works both by established 20th Century painters and more contemporary artists who are not yet part of the international mainstream. This year we are pleased to offer a wonderful array of paintings and sculpture by artists including Mikuláš Medek, Vilmos Aba-Novak, Katerina Belkina and Vaclav Spala.

Katerina Belkina is best known for her digitally manipulated and intriguingly staged self-portraits. By combining her extensive photographic and painting skills she creates a visual language that is entirely her own. Blurring the boundaries between painting and photography Belkina’s work investigates the role of mankind, and in particular of woman in society, and explores the artist/model dichotomy.

Belkina perceives a major creative force in the tension and interaction between painter and model. By placing herself as the main protagonist in the recreated works, Belkina becomes both model and creator, thus entering into dialogues between herself and her artistic inspirations, and between herself as model, muse and painter.

Jan Kaplický was a pioneering Czech architect who emigrated to London following the Soviet invasion of Prague in 1968. He created some of Britain’s most remarkable modern buildings – including the media center at Lord’s cricket grounds (1994) and the Selfridges department store at the Bullring, Birmingham (1999). A futuristic dreamer, architect of dazzling and inspirational visions, and a brilliant artist and designer, Kaplický was always ahead of his time. Indeed, many of his project were so utopian, technically advanced and challenging that only few were actually constructed. Nevertheless, Kaplický was a visionary architect who managed to move the development of architecture forward just by the strength of his ideas.

Kaplický started his career in Denys Lasdun’s studio, then worked for Renzo Piano and Richard Roger’ studio, participated in the creation of the Centre Pompidou in Paris, and cooperated with Norman Foster, before establishing his own practice in 1979 with David Nixon, Future Systems studio. Future Systems was initially conceived as a ‘think tank’ and part of the British hi-tech movement, a style of architecture that celebrated technology and innovation. Kaplický and Nixon set out to explore architectural ideas far beyond the construction abilities of the time. In 1989 they were joined by Amanda Levete, whose practical approach enabled them to start realizing their ambitious projects. Although only a handful of buildings were realized during their time together, each one stands as an iconic landmark, boldly standing out in their context.

Kaplický died in 2009. At the time, he was working on a controversial design for the new Czech National Library in Prague, Blob, for which the current work is the model. Kaplický’s building designs were often characterized by their organic shapes, which led to the moniker ‘Blobitecture’. Officially named The Eye Above Prague, the eight-story building was designed to house ten million volumes. Although it won the city contest in 2007, its futuristic appearance was met with criticism from both the public and politicians, and the building has yet to be constructed.

The Czech section of the sale is led by an abstract work by Mikuláš Medek, not seen in public since it was painted in 1965 and gifted by the artist to the current owner. Other highlights include a group of work by visionary architect Jan Kaplicky and a still life by Václav Špála.

The Hungarian section of the sale is led by an important work by Vilmos Aba-Novak, Circus Nepper. Purchased in the early 1930s, this work has remained in a private Italian collection ever since. At the time of their conception, Aba-Novaks’ Circus and Village fair scenes aimed to convey a sense of the fantastic. This is an aim shared by some contemporary Hungarian artists represented in the sale, such as Attila Szüz and Tamas Dobos. 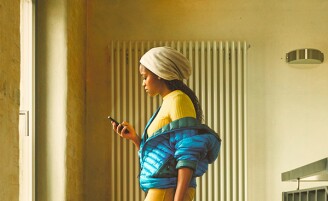