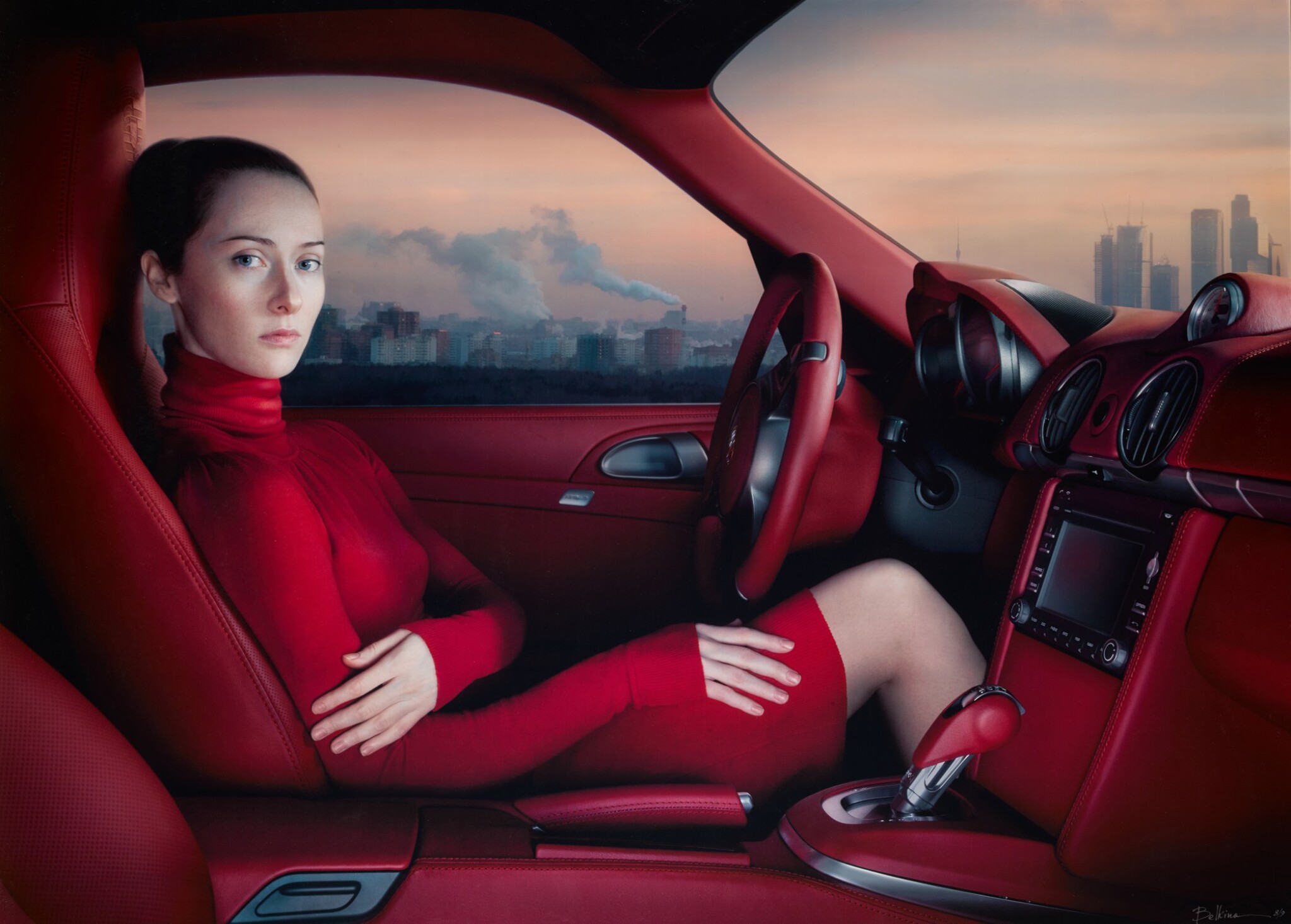 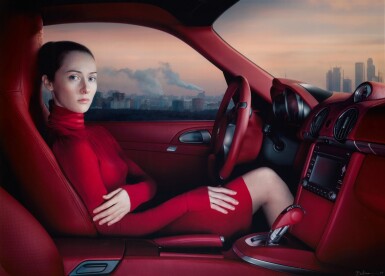 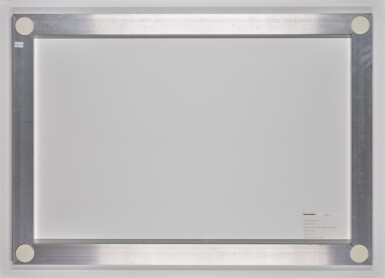 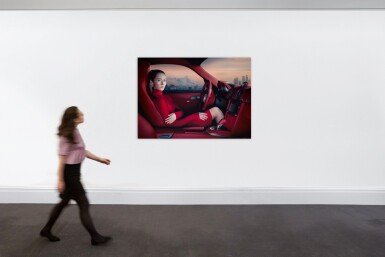 signed Belkina and numbered 8/9 lower right; with the artist's studio label on the reverse

This work has been examined under glass.The artist's sheet appears to be in very good condition, colours are strong and vibrant.

Galerie Lilja Zakirova, Heusden aan de Maas, Netherlands
Purchased from the above by the present owner

From the series Empty Spaces, conceived in 2011.

In the series Empty Spaces the human individual has become lost in the urbanized and anonymous outside world and has adapted itself in existential isolation to the barren landscape of materialism. Depicted in these compositions is the urban metropolis that is Moscow – skyscrapers, chimneys, towers, trains. The tranquil expression of the main figure contrasts sharply with the anonymous commotion of the rigid background. This incongruity, together with the title of the series, points to the fact that a different space is involved here and that these works are actually portrayals of perceived reality. Belkina works very meticulously. Her photographs are pinpoint sharp and the manipulation of light and her colour choice are deliberate. Nothing is left to chance. Her knowledge of digital technology is key to representing her reality.

Belkina uses the metropolis as a metaphor for the worldly; she sees the urbanized world as an artificial phenomenon and purely materialistic, with humanity a tiny dot in this engineered unit. In The Road (see following lot) the shelter of the car seems to be a relaxed spot to find a comfortable niche even in the space of the city. Looking out over the city changes the situation for the viewer, however; the driver seems to be looking out into space, but in the rear-view mirror we are encountering her gaze. Are we seeing into her inner world? In Red Moscow the gaze is more direct and defiant. In contrast to The Road she is not driving. Instead she fixes the viewer with her gaze and seems to statically converge into her surroundings, while the setting sun colours the Moscow skyline blood red.