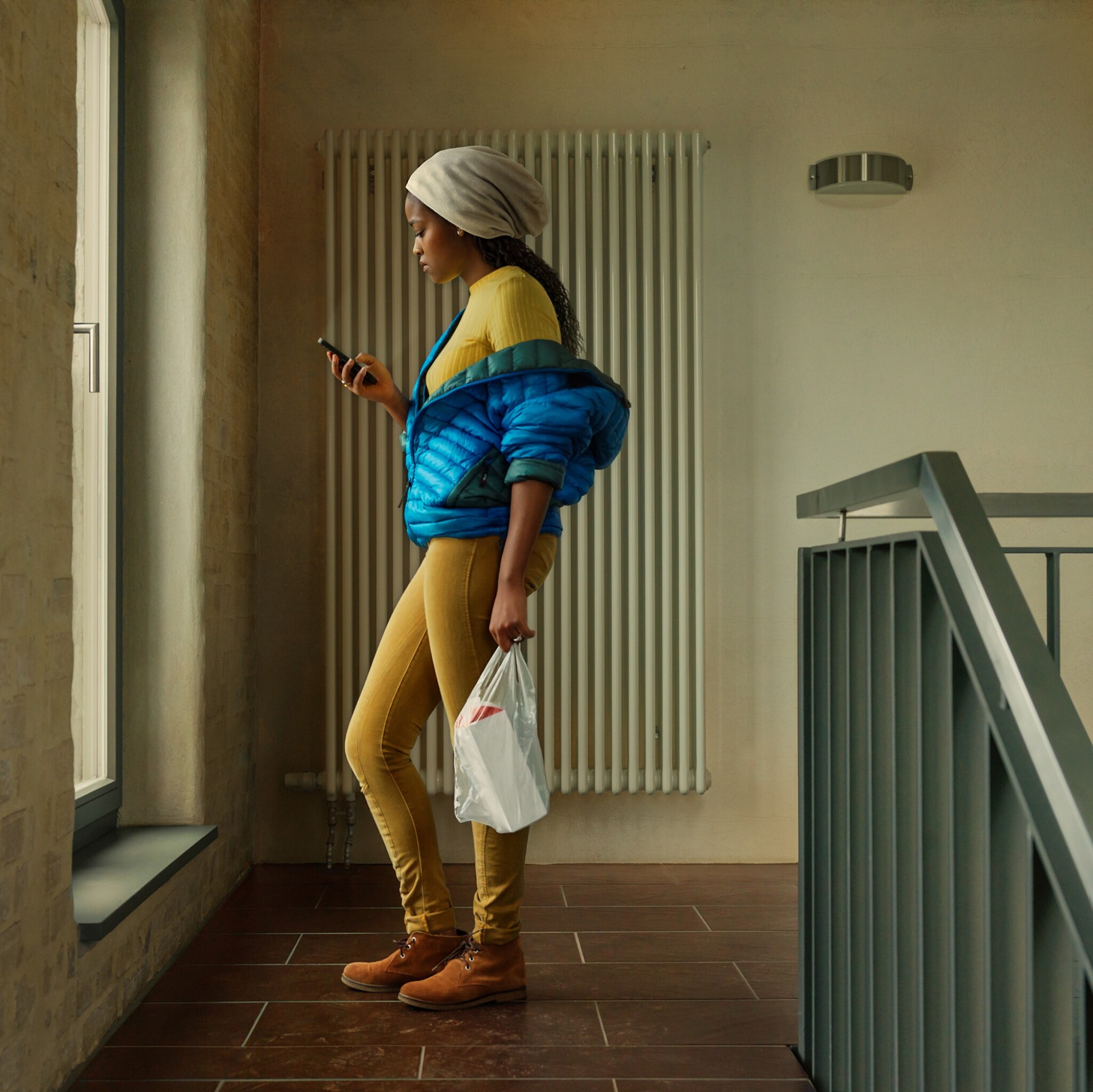 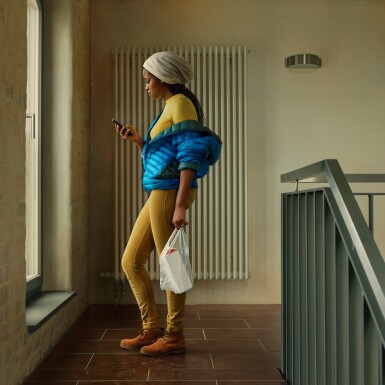 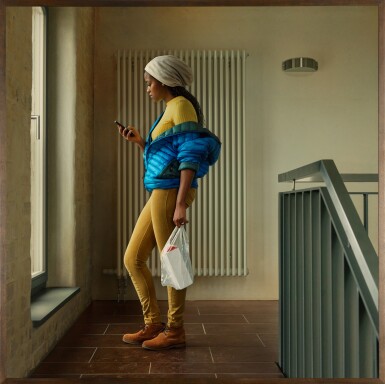 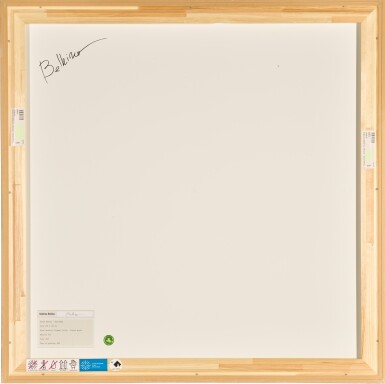 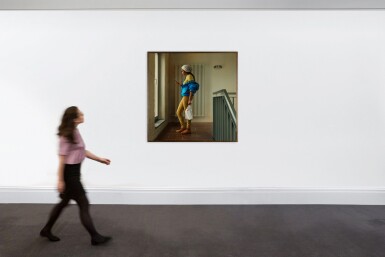 signed Belkina and with the artist's studio label on the reverse

This work has been examined under glass.The artist's sheet appears to be in very good condition, colours are strong and vibrant.

This work is in very good original condition and is ready to hang. Presented glazed, in a Diasec mount.

From the series Zweiraumwohnung, conceived in 2017.

Katerina Belkina is best known for her digitally manipulated self-portraits in which she combines her photographic and painting skills together to create portraits that according to the artist 'seek out the hidden layers in people'. Blurring the boundaries between painting and photography Belkina’s work investigates the role of woman in society, as well as the artist/model dichotomy.

Since childhood, Belkina has always been inspired by classical art. With her mother being a painter, art history books were scattered around the house and proved to be an important source of inspiration for her work. It is therefore not uncommon for her to pay homage to notable artists of the past.

In Besrat-Good News, the yellow and blue colour scheme, the domestic interior, and the soft light coming through the window are all elements reminiscent of the great Dutch master Johannes Vermeer. Most notably Belkina was inspired by his paintings The Milkmaid and Woman in blue reading a letter (Rijksmuseum, Amsterdam). Fifteenth-century room interiors are here replaced by a bare, modern stairwell, while pale skinned models are substituted by a young black woman carrying a milk carton. It is Belkina’s contemporary take on depicting a scene from everyday life, the portrayal of a young woman’s private world, absorbed reading a text in the early morning light.

Given the multiple layers of significance embedded in Belkina’s works, and the sophisticated staging, programming and post-production each work requires, one would be mistaken to read the artist’s choice of a black woman as a simple coincidence. She is, in fact, clearly hinting to the long history of Dutch colonialism and slavery.

As Belkina often declares, her art is her theater, a place where she can explore human emotions. In Besrat-Good News, the centre of the stage, and of art, is now open to everyone.