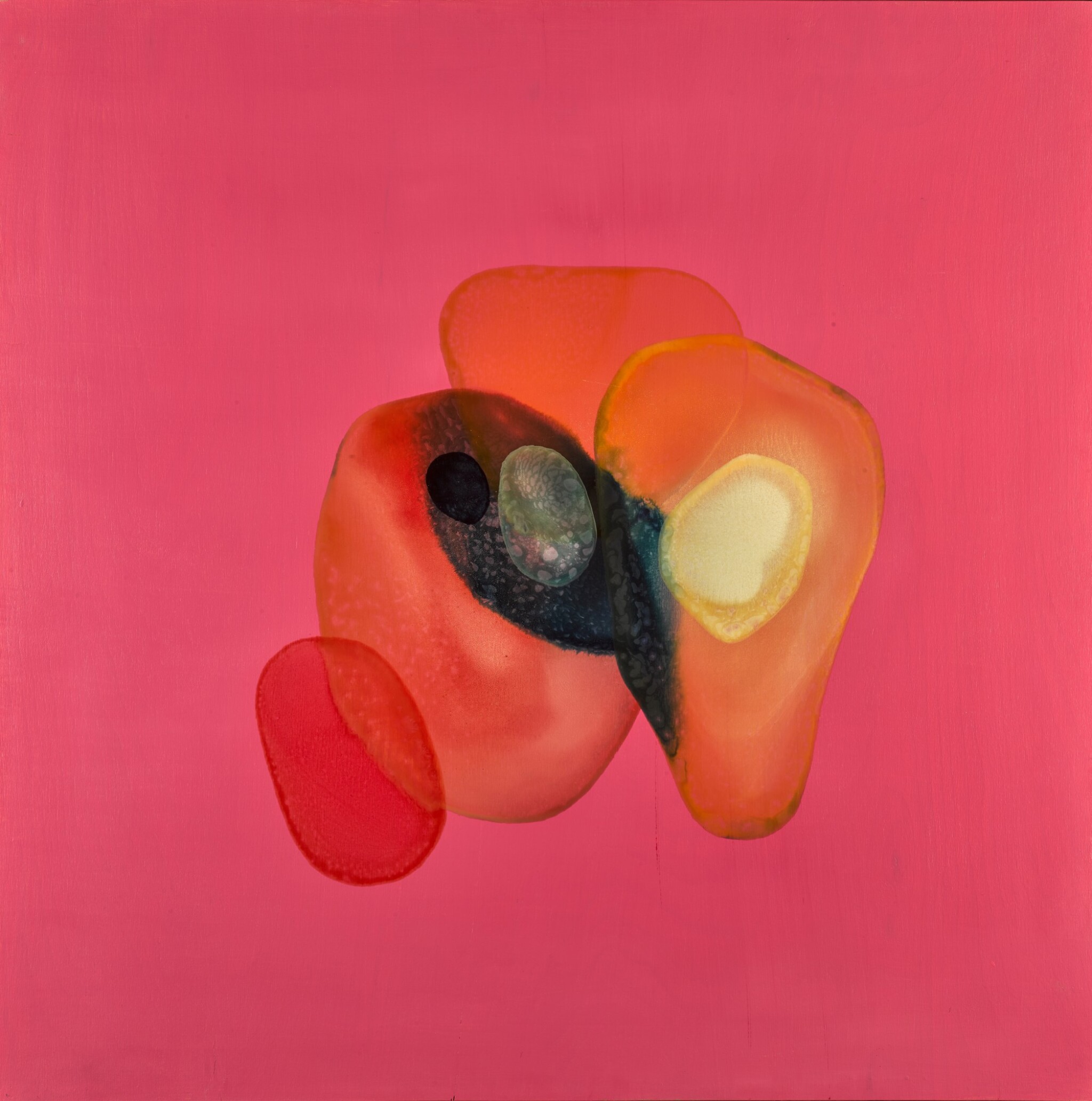 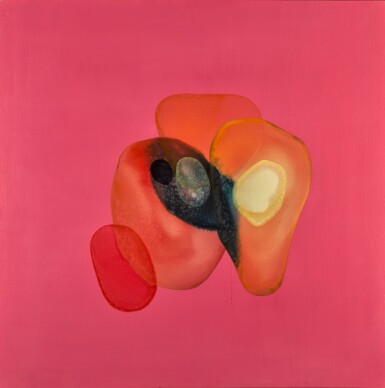 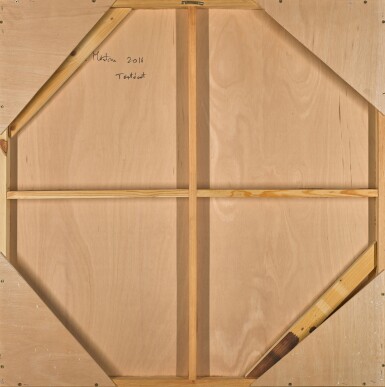 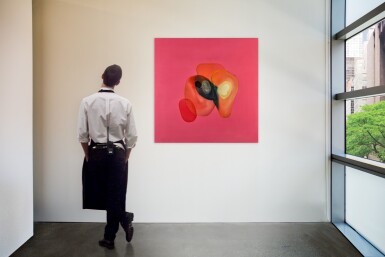 signed and dated 2016 on the reverse

acrylic and lacquer on wood

The board is flat, even, and ensuring a stable support. This work is in good original condition and is ready to hang.

'I am interested in observing changes, while wandering through biomorphic imagination. As I paint, I create a balance between the planned and the improvised. The forms in the painting open a world to the imagination of the viewer.'

“The non-figurative art of Márton Romvári is characterized by layered construction, spatiality, dynamics and light that explore the forces of nature. The world of Romvári’s art seems to leave the organic medium, the cell-like flow. The micro scale is replaced by the macro scale, not only because of the large canvasses, but because the angle of view widens. His earlier works are connected to the plasma state. At the same time, plasma can be interpreted not only within biology, as it is also a basic element of stars.

Romvári ‘s new compositions seem to project space panoramas with orbiting celestial bodies and meteorites. Thus the lines measure interstellar rather than microscopic distances, and operate a spatial network that aligns the movement of the elements of the picture by assigning direction to the movement. A fixed order and interaction, or, if you like, the dance of planets.“ (Zsolt Mészáros)