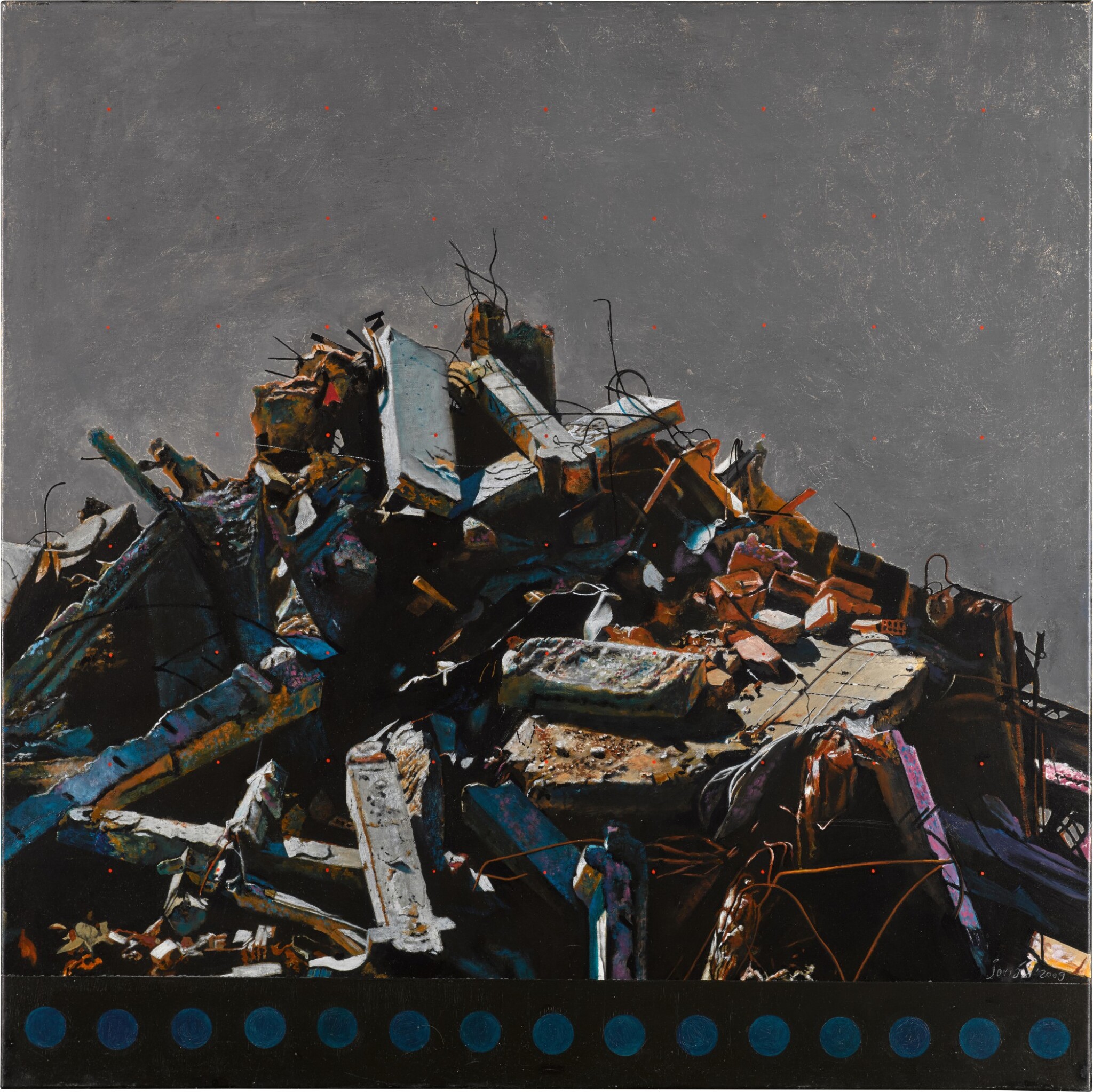 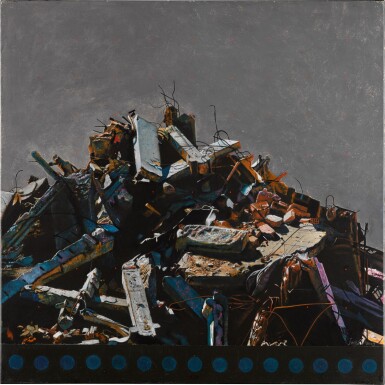 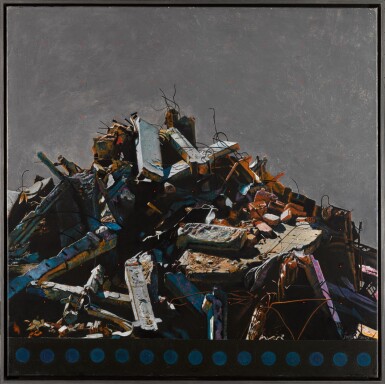 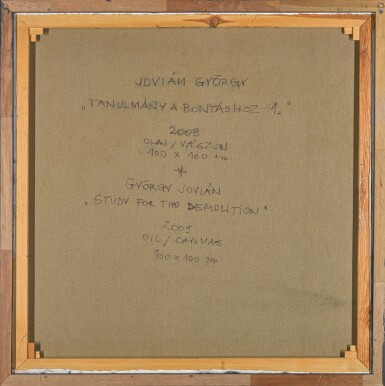 signed and dated Jovián 2009 lower right; signed, titled and dated twice (in Hungarian and in English) on the reverse

Original canvas. There is one minor horizontal scratch in the upper half, visible upon close inspection. Inspection under ultra-violet light reveals no sign of retouching. This work is in good original condition and is ready to hang. Presented in a dark floating frame.

Jovián’s Study for Demolition I is part of a series that showcases his skills at hyperrealist, symbolic and expressive depictions. Its cross-cultural references are dense: they exhibit that painting could not exist in isolation neither from literature, music and daily rituals, nor from law or politics. Jovián’s canvases – with their technical virtuosity and plethora of symbols – make the viewer stop; they want to make an impact, but not through plainly presenting something. They are deliberately low on informational value, their striking visual impact drawing the viewer in, with the aim to engender thoughts that transform our perception of reality.

Jovián’s creative output and career were influenced by economic hardship and disapproval, and his oeuvre could not be understood without certain sociological explanations, such as the consolidation of the Romanian communist society in the early 1970s; the subsequent violent retributions straight afterwards; the various locations of vocational training and of everyday life in an utterly heterogeneous country; followed by emigration to Hungary and the experience of a Western lifestyle on both a political and social plane. Considering the formative influence of these outside events on Jovián’s life and artistic creations puts the underlying melancholy in his works in relief.