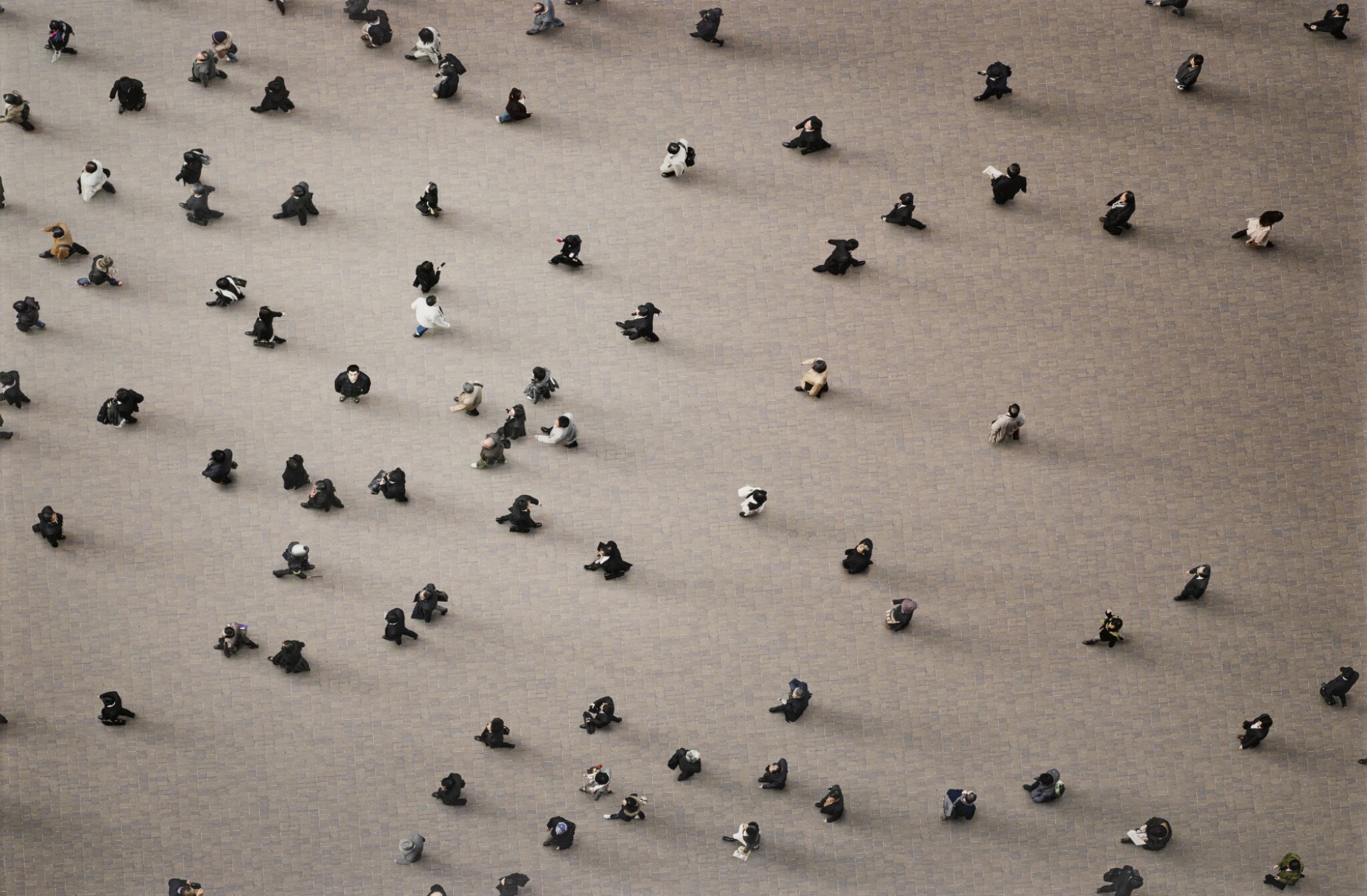 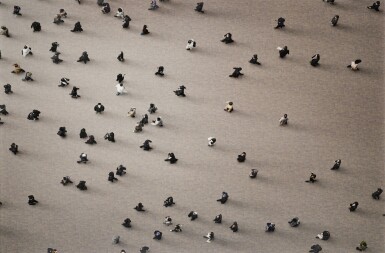 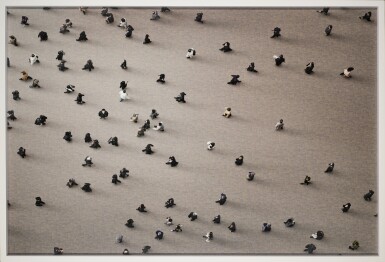 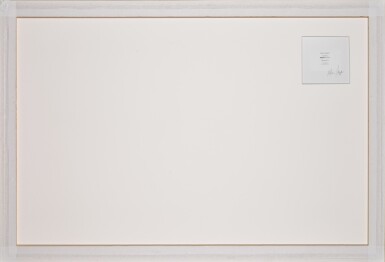 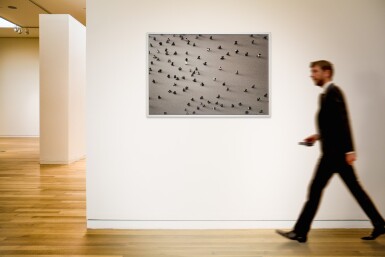 signed on a label on the reverse

This work has been inspected under glass. With the exception of minor chips to the frame, this work appears to be in very good condition and is ready to hang. Presented framed and glazed.

From the Squares series.

Adam Magyar’s images are devoid of elements of nature; people in his photos are always depicted in strictly artificial surroundings which at times appear surrealist as his figures are shown in a world devoid of any concrete reference points, featuring at most vague indications at city and urban life.

One of the fundamental aspects of Mangyar’s work is the role of chance. According to the ideals of city management, the city is governed by order and regularity. Chance triggers changes, brings with it encounters and surprising experiences, chance upsets order. Thus, the photos of Magyar are not documents of concrete events but the recordings of chances of the most common kind. For example, the series Urban Flow strives to depict the flow of people in cities. The locations chosen are major metropolises: New York, Hong Kong, Tokyo, London: the larger the city the higher the chance of eventuality. In this drift of city life, people randomly passing by the camera are bound into a single flow of people heading into one direction.

In his Squares series Magyar further developed the poesy of chance in urban co-existence: people are heading in various directions. It is not the standardizing power of city life, but individual ways that stand out. Here photos of people were taken one by one and were subsequently arranged on the square. It is the rhythm of people’s positioning that captivates the eye. Passionately interested in city people and engrossed in the depiction of life situations, the ficticious and the real are blended: although the starting point is always based on real, concrete groups or pedestrians, these people are placed in fictive space. Different moments in time and relation of space are placed next to each other. Persons and objects are real, but the result is entirely fictitious: as in reality we do not possess space and time.