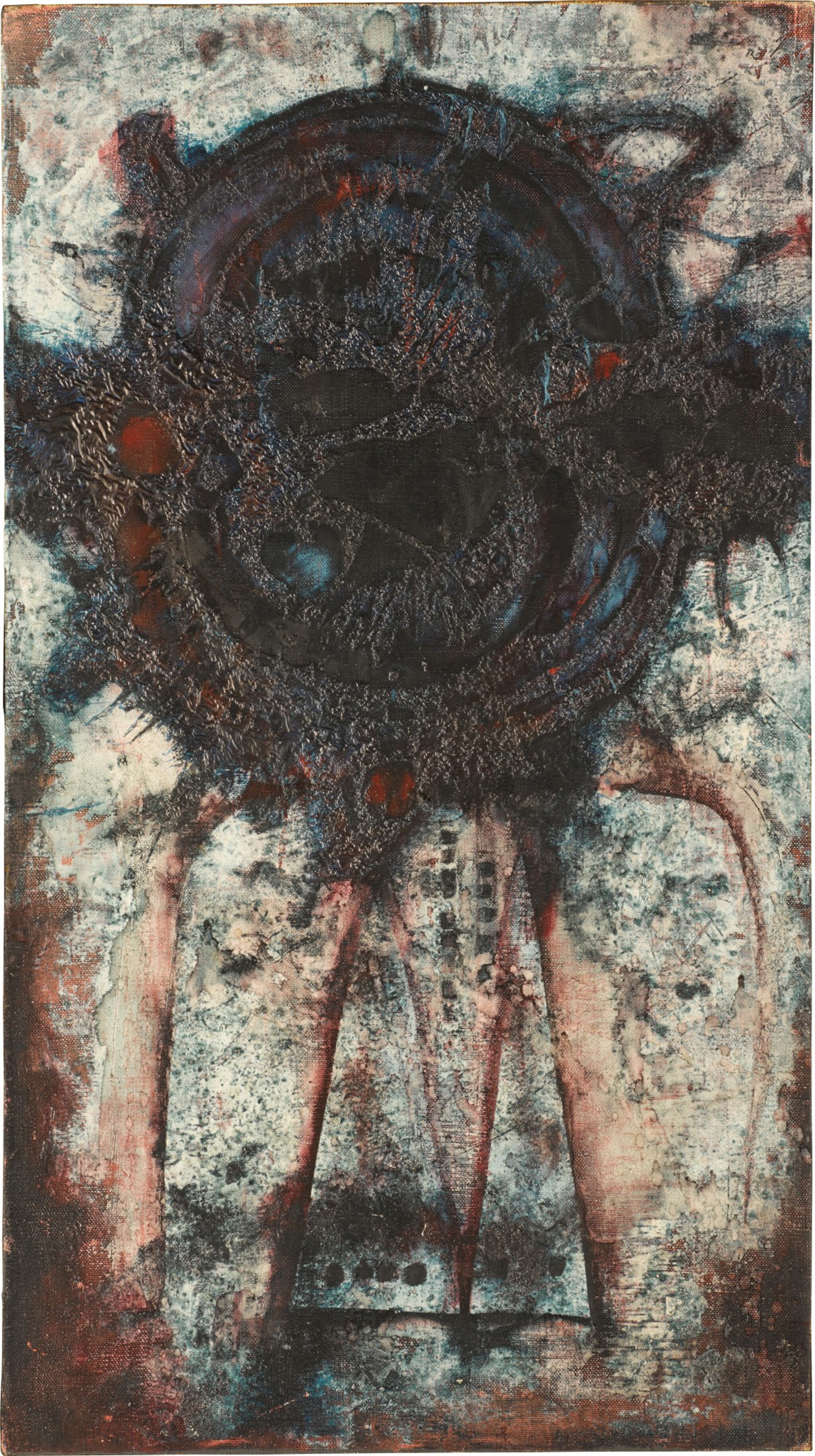 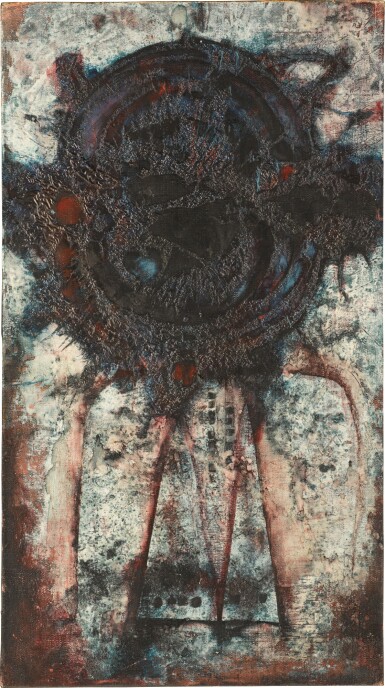 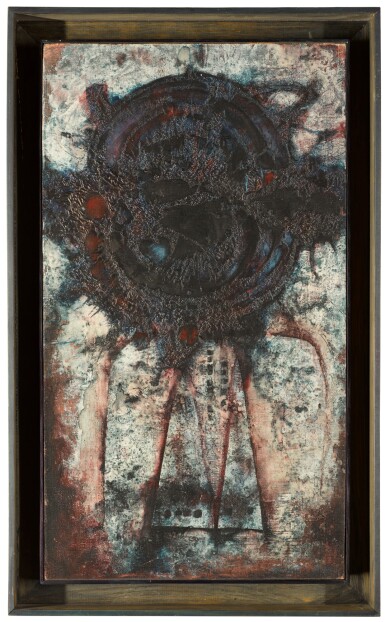 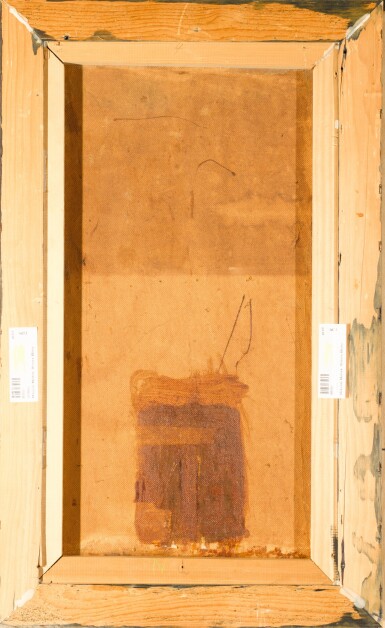 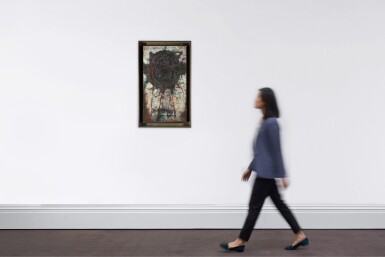 mixed media on canvas laid on board

To be included in the forthcoming Medek catalogue raisonné being prepared by Eva Kosakova Medkova.

A gift from the artist to the grandfather of the present owner; thence by descent

Painted in 1965 and gifted that same year to its first owner, this work has since been in a private collection and is now visible to the public for the very first time.

Mikuláš Medek is one of the most significant personalities of the Czech visual arts in the 20th century. Undeterred by the strictures of the Communist government of the day, he was persistent in his quest for creative freedom. He experimented with Expressionism, Cubism and Surrealism, but is largely known for his unique expressive technique that involved placing organic forms – usually botanical or biological – and abstract elements accentuated by their colour structures onto a canvas that was prepared with oil paint and synthetic enamel.

In the 1950s, the Czech state sought to expunge modern art and thought. Artists painted only for themselves as they were not allowed to exhibit publicly, and communication with artists abroad was prohibited. By using synthetic enamel in his paintings, Medek deliberately chose a thoroughly modern medium as both subject matter and expressive means in his paintings. Medek treated the paint as a living matter, lacerating and scratching it with spatula, knife, fingernails and a sharp brush. The artist's intricate technique involved superimposing several layers of paint. 'The basic essentiality of Medek’s work (...) does perfect justice to the conception of a structural painting; it is a structure in the real sense of the word, an organism created in space and time, a structure of both significance and technique. His coloured structure does not merely lie on the canvas surface, but is the result of the whole creative process of painting in layers' (B. Mraz, Mikuláš Medek, 1970, p. 45).

A retrospective of the artist’s work, Mikuláš Medek: Naked in the Thorns, is now open at the National Gallery in Prague.