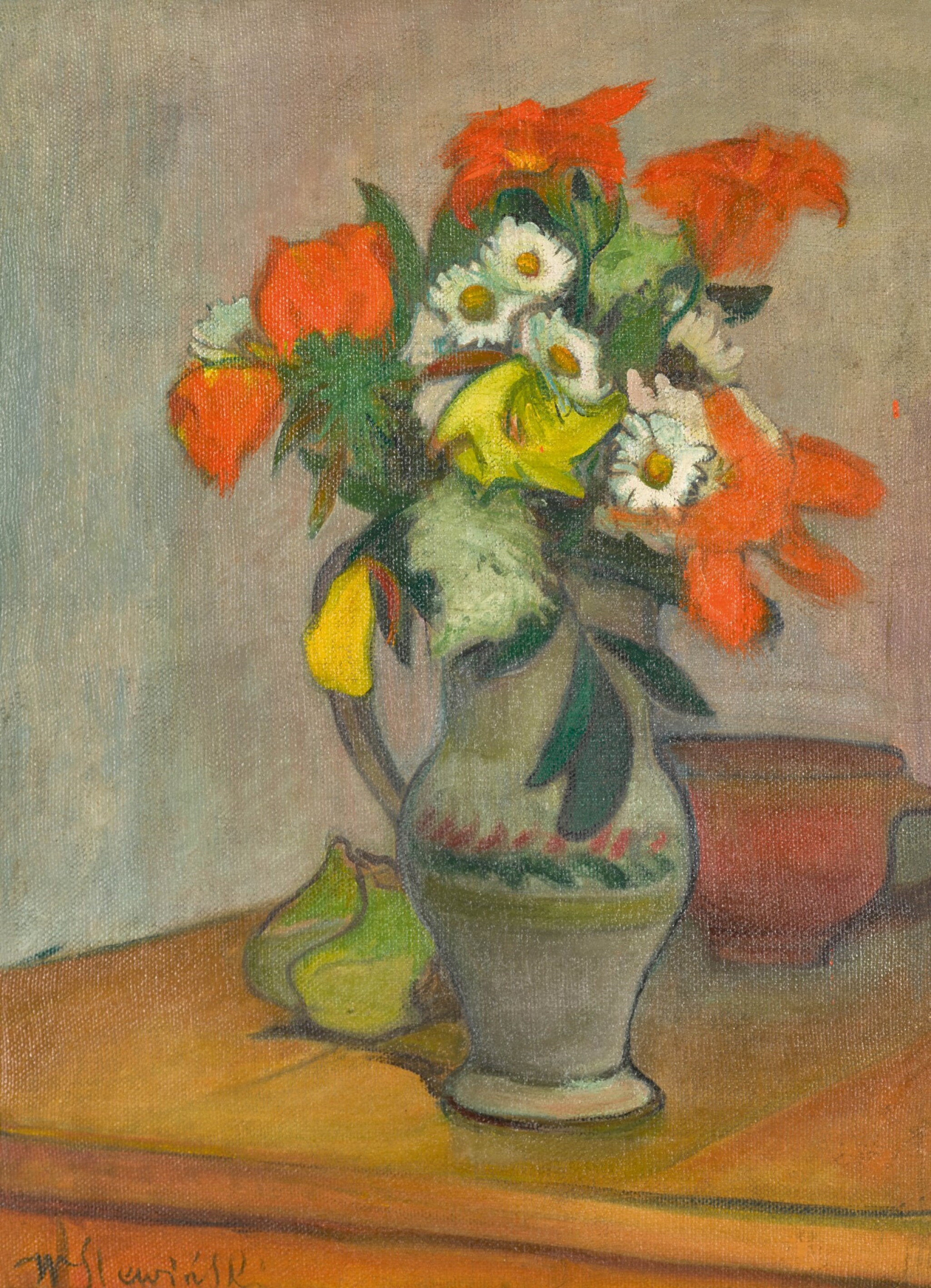 The canvas has not been lined and is securely attached to a keyed wooden stretcher, possibly the original. The paint surface is stable. Inspection under ultra-violet light reveals no visible signs of retouching. This work is in very good original condition and is ready to hang.

Painted circa 1900, this bright and vivid still life is not only testament to the brilliant painterly skills of Polish artist Władysław Ślewiński, but also to the influence of Paul Gauguin's teaching on the younger generation of Post-Impressionist artists.

Flower still-lifes were one of the artist's favoured subjects. Displayed in a typical Breton pitcher is a fresh composition of daisies, tulips and greenery. Dark contour lines highlight the composition against a plain, grey background. A terracotta vase and what appear to be two pears hint to a simple home interior.

Having moved to Paris at the age of thirty three, Ślewiński studied at the Académie Julian and at the Académie Colarossi, where he met Paul Gauguin and became familiar with the theory of Synthetism. Although he adopted the teachings of the Pont Aven school and frequently joined them in Brittany, he combined synthesised shapes and colours with more decorative qualities and sinuous lines.