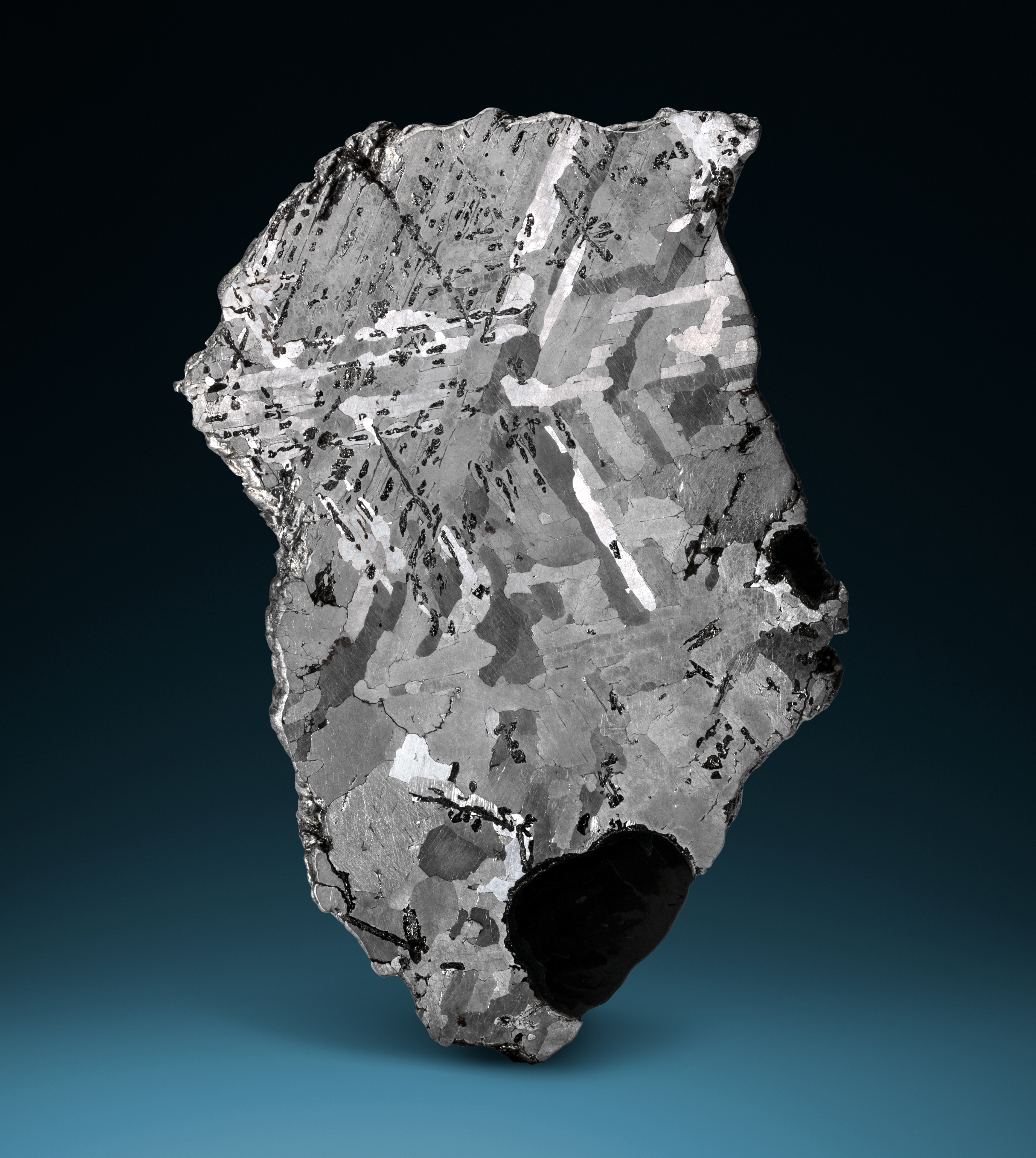 The Morasko meteorite shower occurred approximately 5,000 years ago in what is now Poland. The first Morasko meteorite was discovered in 1914 by German soldiers digging trenches in World War I; today, the Morasko impact site is today a protected nature reserve.

If the following lot — a complete Morasko specimen — were cut, its internal structure would be exceedingly similar to the complete slice now offered. The intergrowth of an iron meteorite's alloys is an exquisite natural design known as a Widmanstätten Pattern. As this pattern does not appear in terrestrial iron ores, its presence is diagnostic in the identification of a meteorite. A slow cooling curve of millions of years is required for the molecules of kamacite and taenite, the two primary alloys in iron meteorites, to crystallize. The massive 3/4 ton Nantan meteorite in this offering (lot 125), is also a IAB meteorite — which implies both Nantan and Morasko originated from the same parent body and if cut it too would resemble the complete slice now offered. Etched on both sides, if one were to change the angle of light just a little, the varying reflectivity of the alloys results in the specimen appearing to shimmer — as will most iron meteorites with an octahedral crystalline structure (see lots 109, 116, 118, 122).

Morasko contains new phosphate mineral, moraskoite. A large troilite (iron sulfide) nodule is seen at the left margin and further accents are provided by the highly reflective bands of schreibersite — another phosphorus-rich mineral rarely seen on Earth. Many researchers believe that billions of years ago schreibersite was an important celestial cargo delivered to Earth by asteroids thereby providing the phosphorus necessary to enable life.