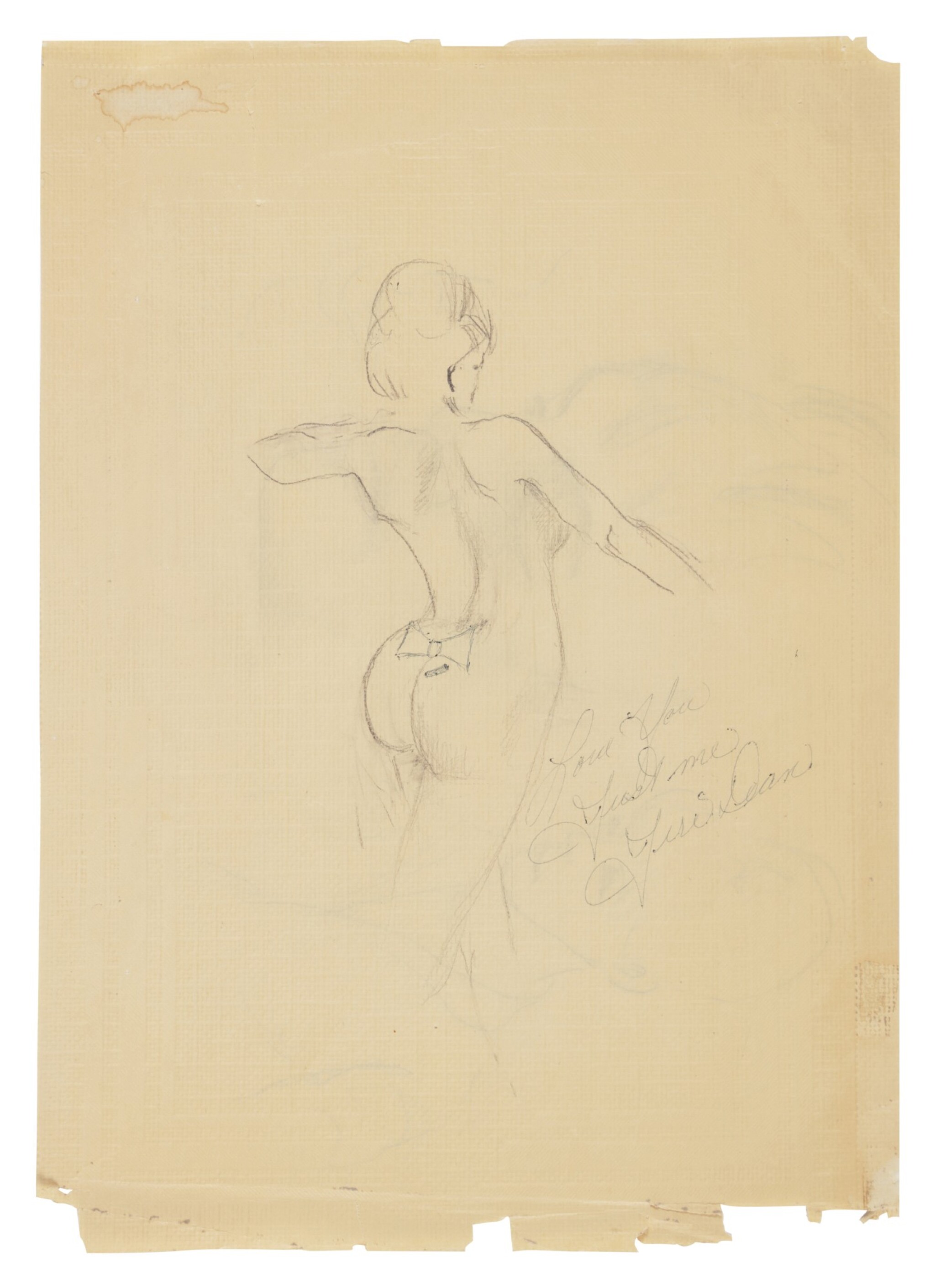 Pencil and ink on recto and verso of paper placemat, 12 3/4 x 9 inches, illegibly inscribed in ink at center, presumably by the subject.

When he wasn't lecturing on Quantum Mechanics and the laws of Physics at his beloved Cal Tech, one of Richard Feynman's favorite and most infamous hangout spots was Gianonni's in the Pasadena/Altadena area, a topless bar where there 'was always something going on in the afternoon,' according to Feynman's friend, Richard Sherman. In No Ordinary Genius: The Illustrated Richard Feynman, Sherman recalls:

We'd walk in and grab a table. Feynman knew everybody there - all the ladies, Gianonni the owner, and anybody who was a regular. He would go behind the bar and pick up an orange juice, because he never drank anything alcoholic. He would also grab a half-inch stack of those paper doilies, or placemats they put down on the tables in restaurants and come back to the table. We would continue doing physics, or we might watch the ladies dancing on the stage.

In the present work, executed on one of the aforementioned placemats, a dancer is rendered mid-strut from behind, a small bow cheekily placed at the small of her back while her left breast is shielded by her slightly raised arm. The verso of the work depicts a quick sketch of a woman in profile, possibly the dancer illustrated with the same upswept hair, at first with a downward glance, and the second closer sketch with the subject's eyes closed, lips pursed in thought.

As nudes were a favorite subject of Feynman, Gianonni's and his rotating cast of comely performers provided a playground of inspiration for the Nobel Prize-winning physicist who was never truly "off-duty" - Sherman later remembers finding a stack of those placemats he used for sketching dancers in Feynman's home where "every one of them was covered from one edge to the other with mathematical computations and theoretical physics!"