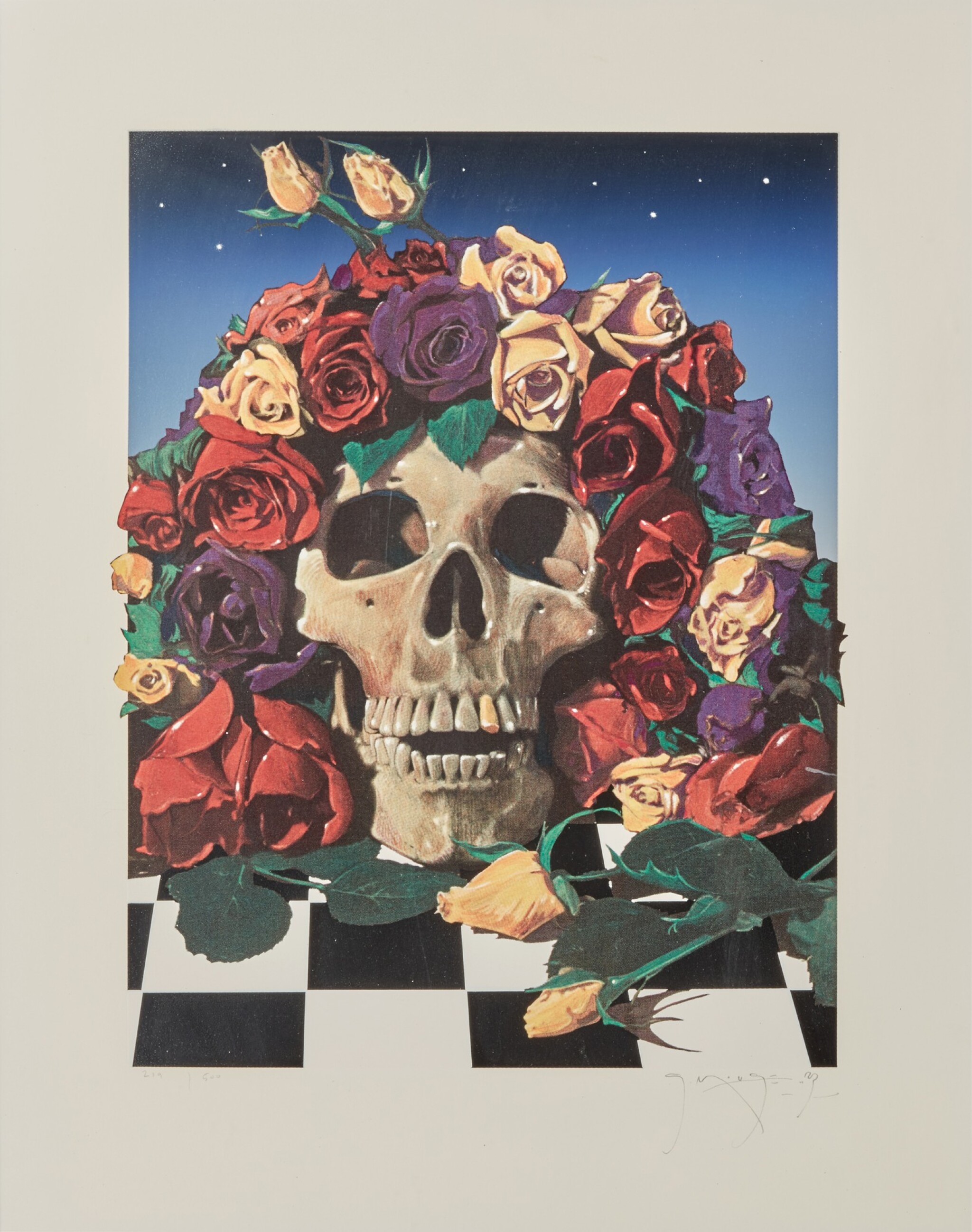 Mouse’s iconic Art Nouveau-influenced posters for the Grateful Dead and numerous other bands helped define the psychedelic concert art of the era. In the Haight-Ashbury heyday, he and his lifelong collaborator Alton Kelley lived at 715 Ashbury Street—just across the street from the Dead. Kelley and Mouse worked extensively with the band, and are often credited for creating the Dead’s famous skeleton and rose imagery.