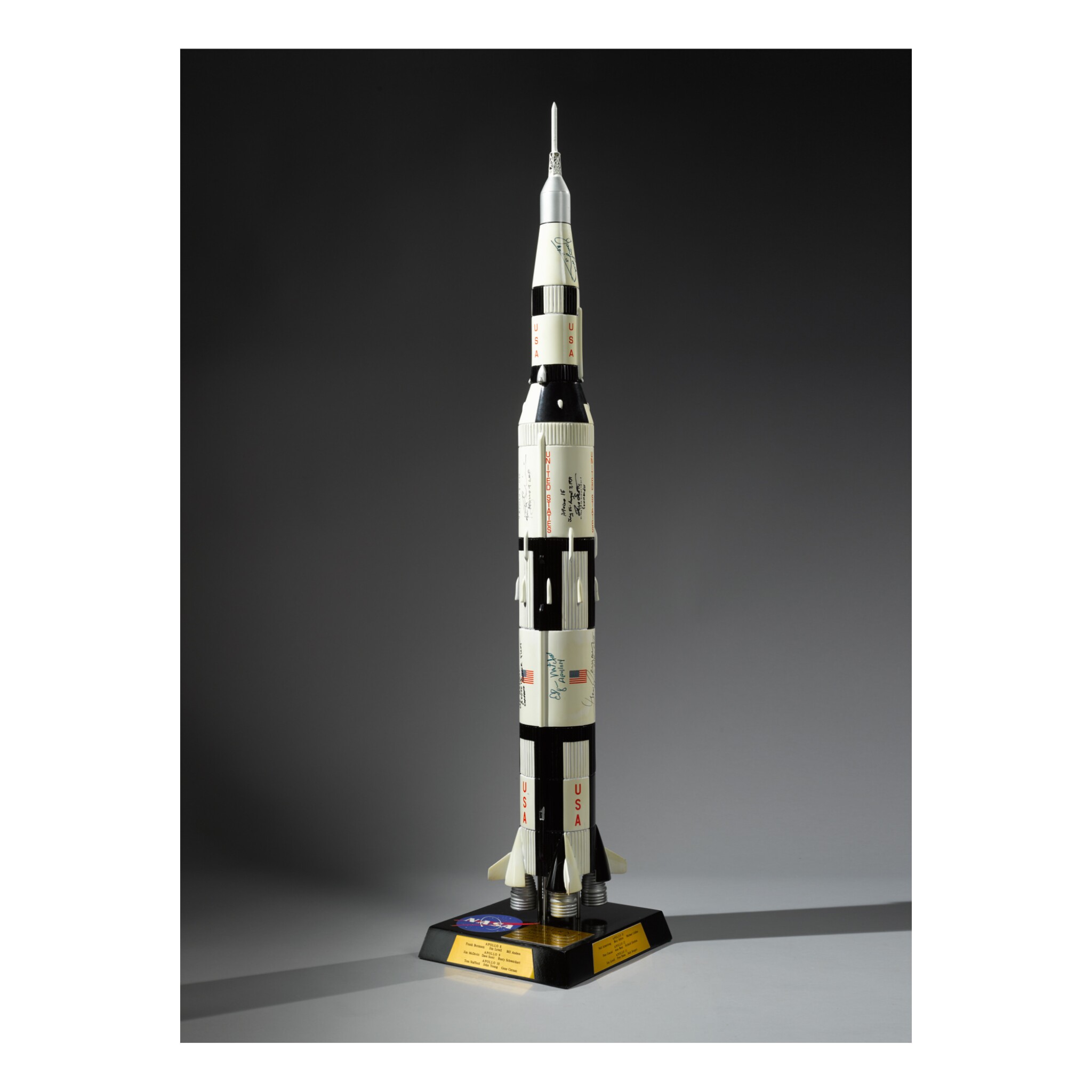 The development of the Saturn V rocket was the result of the US government bringing Wernher von Braun, and about 700 German rocket engineers and technicians to the U.S. as a part of Operation Paperclip. The program was authorized by President Truman, and its primary purpose was to give the U.S. an advantage in the Cold War through the development of intermediate-range and intercontinental ballistic missiles.

The Saturn V was launched 13 times without loss of crew or payload. As of today, it remains the tallest, heaviest, and most powerful rocket ever brought to operational status.