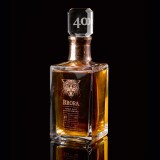 Interested in selling a work by Brora?
Start Selling

Lots by Brora at Sotheby's 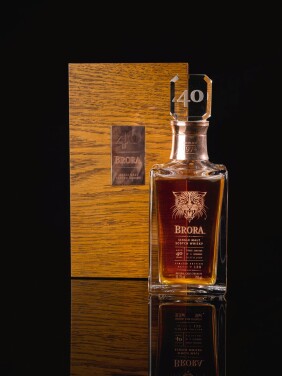 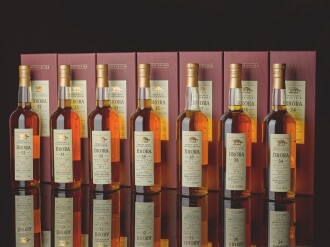 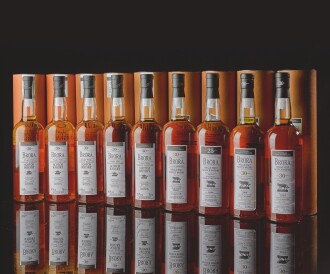 Brora’s history isn’t entirely straightforward. It began its life under the name Clynelish Distillery before changing hands multiple times. First opened by the Duke of Sutherland (also the Marquis of Stafford) in 1819, Clynelish was subsequently taken on and licensed by James Harper in 1825 before being acquired by Andrew Ross in 1834 who eventually handed it over to George Lawson in 1846. The Lawson family managed to hang onto the distillery for around half a century before it was bought and rebuilt by James Ainslie in 1896. However, in 1912 Ainslie’s bankruptcy lead to a collaborative take-over of Clynenlish by the Risk Family, John Walker and DCL (now known as Diageo). Aside from a mothballing between 1931 and 1939, times were good. So good in fact that a second distillery was erected close to the original site. This newer distillery was opened under the same name, Clynelish, leaving the original Clynelish distillery stripped of its title, and renamed Brora. The two distilleries existed in harmony for no longer than 14 years before supply began to outstrip demand. Ultimately, something had to give, and so Brora (the original Clynelish) was mothballed in 1983. Since then Brora has proved itself as a favourite amongst whisky collectors, with both Official Bottlings and Independent single casks adorning the shelves of collections worldwide. In 2017 Diageo announced that along with Port Ellen, Brora would be revived, and the stills would be active by 2021, meaning both Brora and Clynelish will work in unison once more.