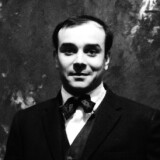 Works by Yves Klein at Sotheby's 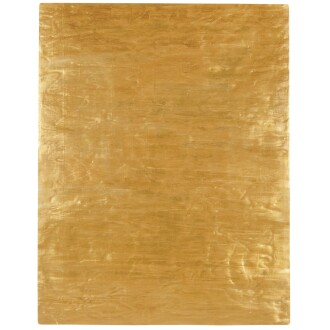 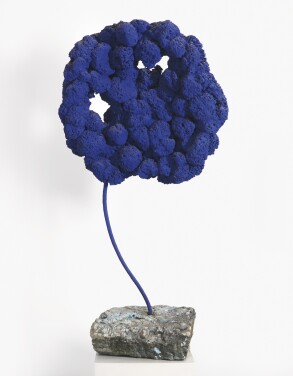 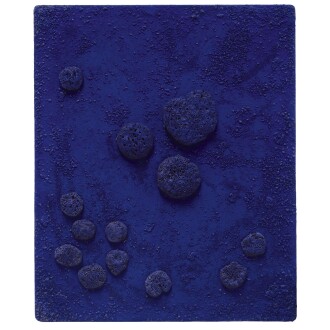 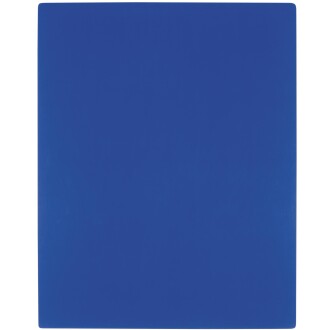 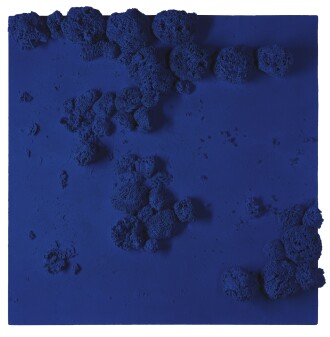 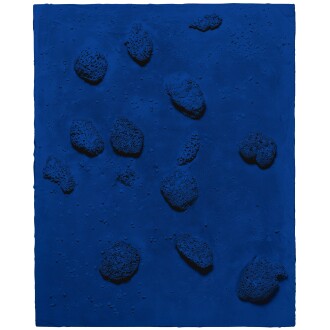 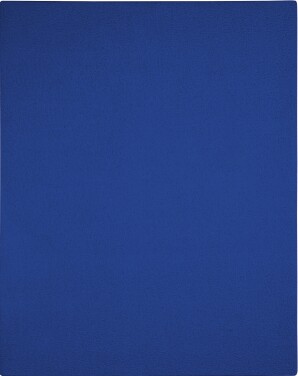 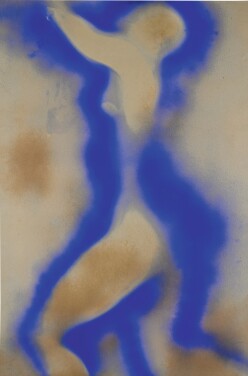 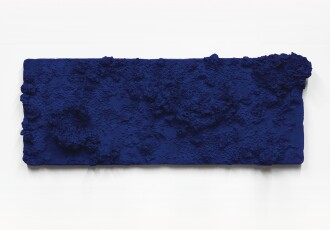 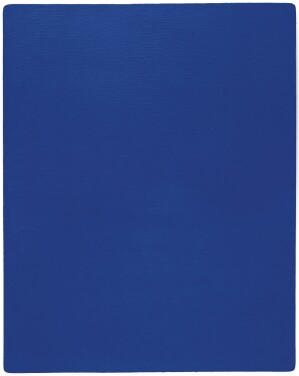 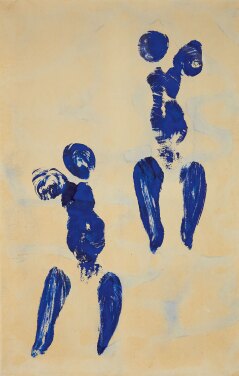 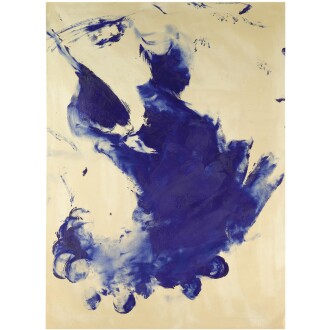 Raised in France in an artistic milieu, Yves Klein expressed his artistic inclinations as a teenager. According to one narrative, at the beach in Nice with his childhood friends the poet Claude Pascal and the artist Arman Fernandez, the young Klein symbolically claimed the sky as his medium. This would serve as a backstory for Klein’s later development of his signature International Klein Blue, or IKB, a saturated hue that he used in many of his paintings, sculptures and performances and that he patented as his own in 1960.

Klein was a leading figure of Nouveau Réalisme, the movement created in 1960 by the art critic Pierre Restany that aspired to discover “new ways of perceiving the real.” For Klein, that dictum might be realized in a work such as Monotone-Silence Symphony, which he wrote in 1949 and that was performed in 1960 as a performance during which a 20-minute sustained chord was followed by 20 minutes of silence.
Perhaps his most famous works are his Monochromes, which he executed in a range of colors including orange, yellow, and pink, eventually focusing on IKB, the ultramarine pigment suspended in synthetic resin that he developed and manufactured. Klein believed the color embodied the essence of pure idea and appears throughout many of his paintings and sculptures.

The artist’s burgeoning career was cut short when he suffered a heart attack while at the Cannes Film Festival in May 1962 and died shortly afterward, at age 34. Despite the brevity of Klein’s career, his works have had lasting appeal and are in the collections of museums around the world, including the Solomon R. Guggenheim Museum, New York, the Centre Pompidou, Paris and the Kunsthaus Zurich. Works by Klein continue to perform well at auction. According to Sotheby’s Mei Moses, the average compound annual return for Yves Klein resold at auction between 2003 and 2017 was 13.4%. 93.3% of 60 such works increased in value.

Museums with Works by Yves Klein

Type: museum
Solomon R. Guggenheim Museum
New York, New York | New York
Type: museum
Albright-Knox Art Gallery
Buffalo, New York | New York
Type: museum
Centre for Fine Arts (BOZAR)
Brussels
Type: museum
Centre Pompidou
Paris
Artist Image: © The Estate of Yves Klein / Artists Rights Society (ARS), New York / ADAGP, Paris 2018 / Photograph by Dlefebure [CC BY-SA 4.0], via Wikimedia Commons
Please note that prior performance of the indexes and realized returns contained herein does not guarantee future results. In addition, there is no guarantee that random collections of individual works of art or stocks will yield index returns. We are not financial advisors and we are not in the business of recommending art as an investment. We also have no comparative advantage in forecasting the future direction of the art market. Investment decisions should be based on the risk return tolerance and time horizon of the investor with, if desired, the support of a licensed financial advisor. This information is provided "as is" and with no representations or warranties either express or implied of accuracy, merchantability, fitness for a particular purpose or of any other nature are made with respect to this information or to any expressed views presented in this information.