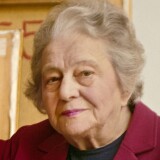 Born 1885. Died 1979.
Interested in selling a work by Sonia Delaunay?
Get an Estimate

Works by Sonia Delaunay at Sotheby's 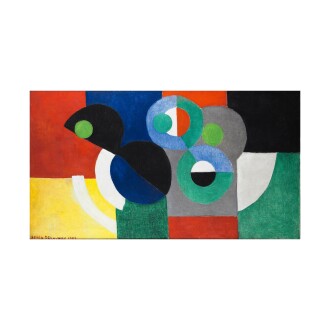 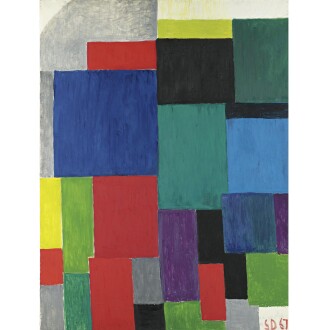 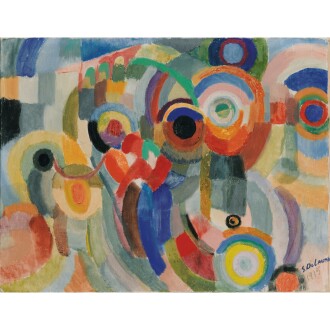 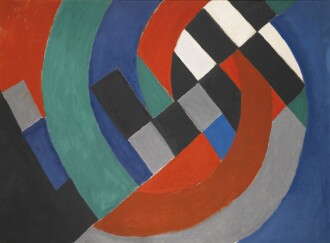 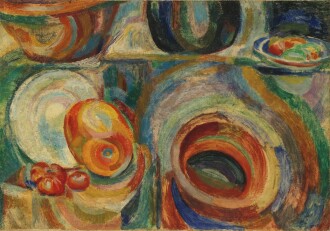 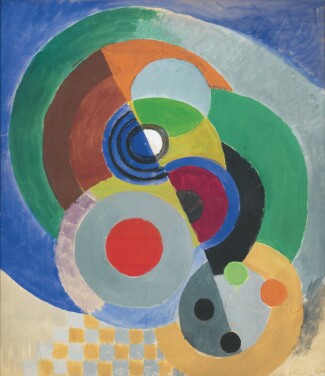 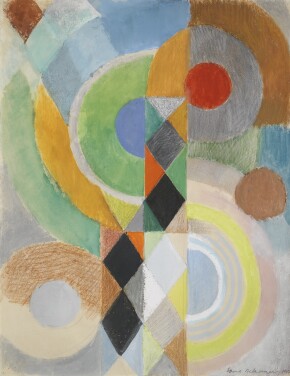 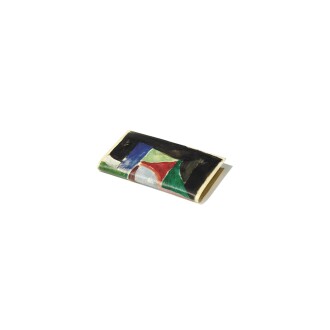 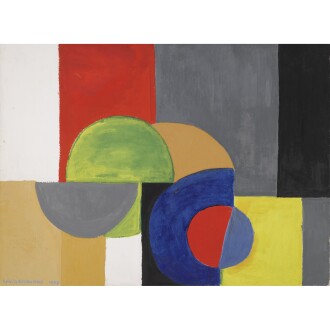 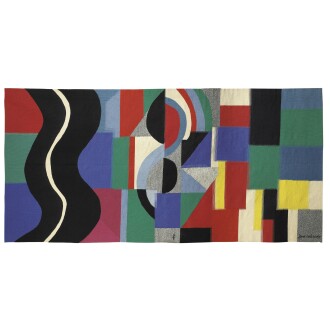 French Ukrainian artist Sonia Delaunay was a leading figure of the Orphism movement in the early decades of the twentieth century. Like many women artists whose works were overshadowed by those of their artist husbands, Delaunay’s career has often been discussed in conjunction with the work of her partner, Robert Delaunay; however, Sonia’s contribution to Modernism was substantial in its own right, and she significantly pushed forward the experimentation of the European avant-garde.

Born Sarah Élievna Stern in 1885 in Odessa, Ukraine, Sonia Delaunay was initially raised by her poor Jewish family until she was sent to live with her Uncle, Henri Terk, in St. Petersburg at the age of five. She studied drawing at the Karlsruhe Academy of Fine Arts in Germany, and eventually moved to Paris in 1906. She was briefly married to dealer Wilhelm Uhde, which provided her with French citizenship, though shortly thereafter she left Uhde for painter Robert Delaunay. Together the pair developed Orphism, a synthesis of the saturated colors of Fauvism, the chromatic juxtapositions and experimentation of Post Impressionism, and the truncated planes and forms of Cubism. Sonia applied Orphist aesthetics to the materials of everyday life, including textiles, wallpaper, furniture, clothing, stage sets, interior design and quotidian ephemera. She opposed the delineation between the fine arts and the “minor arts”; she famously lived amongst these objects, surrounding herself with Orphism, and living Modernist art.

Delaunay was the first living female artist to have a retrospective at the Louvre in 1964. She was named an officer of the French Legion of Honor in 1975, a title her husband never received. Her prolific career provided a wide variety of works which continue to captivate collectors; her 1916 Marché au Minho sold for $3.9 million in 2002. Her works can be found in the permanent collections of the Museum of Modern Art in New York, the Carnegie Museum in Pittsburgh, the Hermitage Museum in St. Petersburg and many other major institutions.

Contemporary Art
The Aviva and Jacob Baal-Teshuva Collection
Contemporary Art
Sotheby’s Celebrates 35 Years in Vienna With Major Exhibition
Artist Image: 2014 Evelyn Hofer
Please note that prior performance of the indexes and realized returns contained herein does not guarantee future results. In addition, there is no guarantee that random collections of individual works of art or stocks will yield index returns. We are not financial advisors and we are not in the business of recommending art as an investment. We also have no comparative advantage in forecasting the future direction of the art market. Investment decisions should be based on the risk return tolerance and time horizon of the investor with, if desired, the support of a licensed financial advisor. This information is provided "as is" and with no representations or warranties either express or implied of accuracy, merchantability, fitness for a particular purpose or of any other nature are made with respect to this information or to any expressed views presented in this information.